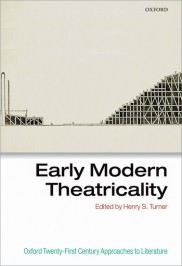 In December 2014, OxfordDictionaries.com added numerous new words and definitions to their database, and we invited experts to comment on the new entries. Below, Scott A. Trudell, Assistant Professor of English at the University of Maryland, College Park, discusses digital humanities. The views expressed do not necessarily reflect the opinions or positions of Oxford Dictionaries or Oxford University Press.

Can you think of a professional field nowadays where it is unexpected or controversial to use computers? Before sitting down to write this post, I submitted an online maintenance request to fix a towel rack in my apartment and placed an online order to replenish my supply of oatmeal. When I don my tweed and head into my humanities department, it’s hardly surprising to find colleagues analyzing digital culture and using digital tools.

It can be easy to forget that the regular old “humanities” is also an unstable, shifting term. According to the Oxford English Dictionary, the denotation, “Literary learning or scholarship; secular letters as opposed to theology; esp. the study of ancient Latin and Greek language, literature, and intellectual culture,” is still in use. At the University of Glasgow, Latin was studied in “the Department of Humanity” until 1988, when it merged with Greek to form the Department of Classics. The OED’s other, now dominant denotation of “the humanities” is: “The branch of learning concerned with human culture; the academic subjects collectively comprising this branch of learning, as history, literature, ancient and modern languages, law, philosophy, art, and music.” Yet humanities disciplines continue to vary by institution and country; law, for example, is separated from the humanities in most US universities. And what about Film, Communication, Performance Studies, Women’s Studies, and more? The list is neither fixed nor complete.

This year I’m a research fellow at the Institute for Research in the Humanities at the University of Wisconsin, Madison, where I am witnessing a plurality of definitions of the humanities first-hand. Each week, one of the fellows gives a presentation of their current research, followed by discussion. As you might expect, it is far from clear what unites disciplines as diverse as literary studies, philosophy, musicology, history, and anthropology.

Do we research “the best which has been thought and said in the world” (Matthew Arnold’s famous definition of human culture and justification for studying it in high Victorian England)? Of course not. Earlier this fall, Bethany Moreton showed us how the Catholic lay institution Opus Dei has powerful and even insidious ties to the finance industry; Aida Levy-Hussen uncovered startling tendencies toward masochism in contemporary black literature; and I talked about child sexual abuse in the Shakespearean theater.

Not that we are always a glum bunch. Levy-Hussen’s project locates something cathartic and even emancipatory about masochistic relationships to black history, while James Bromley understands Renaissance “cruising”—male masquerading in fashionable dress with queer overtones—as a way of carving out idealistic modes of being. In fact, quite a few of us take the humanities as an opportunity to search out something brighter or more hopeful. Lois Betty sees utopian tendencies in the revival of Spiritism beginning in late-nineteenth-century France. Alex Dressler locates a drive towards autonomous aesthetic spaces in the literature of ancient Rome.

Okay, but surely we humanists study “human culture” in all of its distopian and utopian complexity? Don’t count on it. One of the driving interests in humanistic research in the past decades has been in the non-human worlds in which we are embedded and from which we cannot, finally, be separated. Adam Mandelman, a doctoral student in geography, brought this to our attention in his presentation on the two-century history of permeability in the Mississippi River Delta. Mandelman studies not only how humans have changed the Delta, now said to be losing the equivalent of a football field of land per hour, but how this muddy, in-between, constantly shifting landscape has shaped what humans are. As the globe warms and coastlines are inundated, Louisiana’s ecological catastrophe is increasingly going to be the world we all live in—and Mandalman’s project has much to tell us about what human life looks like when it is permeated by water.

Call Mandalman a post-humanist if you like (in fact he is also a digital humanist); I say we have always been post-humanist. Humanistic methods and values come to seem unified or unalterable only in a back formation—that is, when they are defined against something (supposedly) different or new. “Humanities computing,” as it used to be called, is not particularly new. It is often said to date to the Index Thomisticus, a machine-processed concordance to the works of Thomas Aquinas begun in 1949 and completed in the 1970s. The re-branding initiative known as the digital humanities or “DH” is a trade-off. It helps to underscore the excitement of research agendas now underway, but it has contributed to the misleading sense that DH is a radically new and comprehensive paradigm. Ellen MacKay and I had this in mind when, inspired by an NEH Institute on the digital humanities at the Folger Shakespeare Library, we started a blog to try to bring out what is lost or fragmented in digital approaches to our field of Renaissance English literature.

Humanists don’t like to define things—or, rather, they love to define things, and then to change their definitions. Provocative articulations of a shared enterprise, adaptive means of approaching problems—what could be more humanistic than that? Just don’t expect the digital humanities to be any more stably defined than their not-explicitly-digital counterparts. Research fields are not supposed to be stable; we learn, change, adapt, and reexamine what we thought we had learned. Words are no different, which is why Oxford Dictionaries benefits from frequent updates.

Image credit: Typing on a Laptop by Daniel Foster. CC BY-NC-SA 2.0 via Flickr.

Scott A. Trudell is Assistant Professor of English at the University of Maryland, College Park. He is currently writing a book about literature, music and mediation in Renaissance England, and he is a contributor to Early Modern Theatricality: Oxford 21st Century Approaches to Literature (Oxford University Press, 2013) edited by Henry S. Turner.