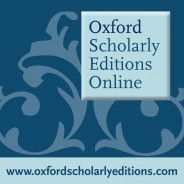 In continuation of our Word of the Year celebrations and the selection of bae for Oxford Dictionaries Word of the Year shortlist, I’m presenting my annual butchering of Shakespeare (previous victims include MacBeth and Hamlet). Of the many terms of endearment the Bard used — from lambkin to mouse — babe was not among them. In the 16th century, babe (which Shakespeare used a great deal) referred to a baby (young child) rather than a loved one. So instead, let us see how Shakespeare would address his mistress if he courted her like Pharrell Williams.

My bae’s eyes are nothing like the sun,
Coral is far more red than her lips’ red;
If snow be white, why then her breasts are dun;
If hairs be wires, black wires grow on her head.
I have seen roses damasked, red and white,
But no such roses see I in her cheeks,
And in some perfumes is there more delight
Than in the breath that from my bae reeks.
I love to hear her speak, yet well I know
That music hath a far more pleasing sound.
I grant I never saw a goddess go:
My bae when she walks treads on the ground.
And yet, by heaven, I think my love as rare
As any she belied with false compare.

When my bae swears that she is made of truth,
I do believe her though I know she lies,
That she might think me some untutored youth,
Unlearnèd in the world’s false subtleties.
Thus vainly thinking that she thinks me young,
Although she knows my days are past the best,
Simply I credit her false-speaking tongue.
On both sides thus is simple truth suppressed:
But wherefore says she not she is unjust?
And wherefore say not I that I am old?
O, love’s best habit is in seeming trust,
And age in love loves not to have years told.
Therefore I lie with her, and she with me,
And in our faults by lies we flattered be.

The little Love-god lying once asleep
Laid by his side his heart-inflaming brand,
Whilst many nymphs, that vowed chaste life to keep,
Came tripping by; but in her maiden hand
The fairest votary took up that fire,
Which many legions of true hearts had warmed,
And so the general of hot desire
Was, sleeping, by a virgin hand disarmed.
This brand she quenched in a cool well by,
Which from love’s fire took heat perpetual,
Growing a bath and healthful remedy
For men diseased; but I, my bae’s thrall,
Came there for cure, and this by that I prove:
Love’s fire heats water; water cools not love.