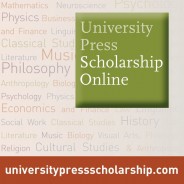 On 28th November 1814 The Times in London was printed by automatic, steam powered presses for the first time. These presses, built by the German inventors Friedrich Koenig and Andreas Friedrich Bauer, meant that newspapers were now available to a new mass audience, and by 1815 The Times had a circulation of approximately 5,000 people. Now, 200 years later, newspapers around the globe inform millions of people about hundreds of topics, from current events and local news, to sports results, opinion pieces, and comic strips. The Times, along with many other newspapers, is now available online, on desktops, mobile phones, and tablets, with a circulation of over 390,000 people. Newspapers themselves date back further than November 1814, to the early 17th century when printed periodicals started replacing hand-written newssheets and the term ‘newspaper’ began to make its way into common vernacular. These first newspapers are defined as such because they were printed and dated, had regular publication intervals, and contained many different types of news. As the technology of printing improved, the spread of newspapers to more and more people grew – it may be said that as the physical printing press was invented, ‘the press’ as an entity came into being.

To celebrate this milestone in newspapers and printing we’ve brought together a reading list of free content across our online resources. Below you can discover more about the history of printing, its influence on society, how computers are used in the newspaper industry today, and much more:

‘What News?’ in The Invention of the Newspaper: English Newsbooks 1641-1649 by Joad Raymond
How did we find out about news before the newspaper? Before the publication of the newsbooks, the inhabitants of early-modern Britain had to rely on gossip, hearsay, occasional printed pamphlets and word-of-mouth to get to grips with what was going on outside of their communities. When newsbooks, the precursors to the modern-day newspaper, began to be printed in Britain in the 1640s, this, however, began to change. This chapter examines not just the literary and historical merit of these publications, but also analyses what they reveal about a burgeoning, British print culture.

‘Printing and Printedness’ in The Oxford Handbook of Early Modern European History, Volume 1 (Forthcoming) by James Raven
From Gutenberg’s printed bibles in 1438 to the advent of newspaper printing in the 17th century, the social, economic, and political implications of newspaper production and circulation transformed early modern Europe into a more socially aware society. The introduction of new typographical styles allowed for a more accessible and inclusive written history, contributing to a rise in European literacy no longer restricted to the upper classes. Raven tracks the impact of this evolving “print culture” on job creation and industrialization, demographic variation and new literary forms, and geographical innovations resulting from periodical dissemination.

‘Uses of Computing in Print Media Industries: Book Publishing, Newspapers, Magazines’ in The Digital Hand: Volume II: How Computers Changed the Work of American Financial, Telecommunications, Media, and Entertainment Industries by James W. Cortada
The rise of the computer has been a relatively sudden and recent one, and yet has changed almost every facet of our daily lives – from how we entertain ourselves, to how we communicate with each other, and much more. One field in which computers have come to reign supreme is the workplace, and this chapter examines the huge impact they have had on the world of print media industries, including book, newspaper, and magazine publishing.

‘Gossip and Scandal: Scrutinizing Public Figures’ in Family Newspapers?: Sex, Private Life, and the British Popular Press 1918-1978 by Adrian Bingham
Our attitudes towards celebrities, and how they are reported in the news media, have changed drastically throughout the last century. During the time of Edward VIII’s affair with American socialite Wallis Simpson in the 1930s, the press – in marked contrast to how they would have reacted today – remained silent. Things began to change in the 1950s, however, as a market developed in Britain for sensational and scandalous stories featuring the celebrities of the era. This chapter then analyses the relevance of the Profumo Affair which broke in 1963, as an example of the increasing invasive investigations undertaken by the industry.

‘Murder is my meat: the ethics of journalism’ in Journalism: A Very Short Introduction by Ian Hargreaves
Journalism in all forms, including newspapers, must intrinsically be truthful and accurate. Without either of these the trust of the journalist or newspaper is undermined, so codes, laws, and standards have been put in place in order to eliminate serious misconduct. This chapter reflects on the UK phone-hacking scandal and considers the ethical issues that surround journalism today.

‘Clicking on What’s Interesting, Emailing What’s Bizarre or Useful, and Commenting on What’s Controversial’ in The News Gap: When the Information Preferences of the Media and the Public Diverge edited by Pablo J. Boczkowski and Eugenia Mitchelstein
With the advent of the internet and mobile devices, how does society now read newspapers? With the increasing digitisation of news content, we are starting to consume and interact with news stories in different, complex ways. Taking a closer look at the data behind our interaction with online news content, this chapter analyses what might make us click on an article, and why we might comment on one, whilst emailing another to friends or family.

Hannah Charters is Associate Marketing Manager for Online Products at Oxford University Press. She works on University Press Scholarship Online and VSI online amongst other products.