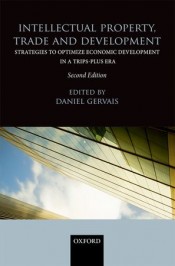 Thomas Jefferson is often quoted as remarking; “he who receives an idea from me, receives instruction himself without lessening mine; as he who lights his taper at mine, receives light without darkening me.” His sentiments, while romantic, do not necessarily express a view that many companies, authors, and artists would agree with when it comes to protecting their intellectual property today. For businesses and individuals alike, it has become of increasing importance to defend expressions of creative ideas with trademarks, patents and copyrighting, especially in the digital age where sharing and reproducing images, music, text and art has become so easy and prevalent. Intellectual property law aims to protect artistic output and the expression of ideas, whilst maintaining an environment where creativity can still blossom. However, even some of the world’s biggest names in business have been caught up in intellectual property cases that have not only made world news, but have come to define how we view our intellectual property rights. Here is a run-down of some of the highest profile cases where companies and individuals have gone to court to protect their intellectual property:

In 2000, one of the most famous cases in intellectual property law was taken to the U.S. Court of Appeals, 9th Circuit, when a group of major record labels took on Napster, Inc. The music file-sharing company, set up by then 18-year old Northeastern University student Shawn Fanning and his partner Sean Parker, was a revolutionary piece of sharing software, which allowed users to share any number of music files online. At its peak the software had around 20 million users sharing files peer-to-peer. A&M Records, along with a list of 17 other companies and subsidiaries accused Napster of copyright infringement, for allowing users to search and download MP3 files from other users’ computers. Rock band, Metallica and hip hop star Dr Dre also filed separate cases against the sharing software company. These cases led to a federal judge in San Fransisco ordering Napster to close its free file-sharing capacities. After the judge’s decision, the company eventually declared bankruptcy before re-emerging as a paid online music service, while German Media Corporation Bertelsmann AG ended up paying $130 million in damages to the National Music Publisher Association, after propping Napster up during its financial decline. This case is remembered as a defining case of the 21st century, as it was one of the first to address the impact peer-to-peer file-sharing online could have on copyright.

The enigmatic story of Jesus’ fathering of a child with Mary Magdalen, and in doing so creating a bloodline that exists to this day, is not just a fictional tale that exists in Dan Brown’s bestselling book, The Da Vinci Code. It has also been the subject of deep historical research carried out by Michael Baigent and Richard Leigh who, along with author Henry Lincoln, wrote the non-fiction work The Holy Blood and The Holy Grail. Baigent and Leigh took issue with Brown’s novel, claiming that the storyline was borrowed from their historical research. After a lengthy court case against Random House Group (who also happen to have published the claimants’ book), the two authors lost their copyright infringement case. The judge ruled that while six chapters of The Da Vinci Code took much of their narrative from Baigent, Leigh and Lincoln’s research, Brown was not guilty of copyright infringement, since the ideas and historical facts were not protected by copyright. After a failed appeal in 2001, the two claimants had to pay legal bills of approximately £3 million.

In a landmark 1938 case, world famous cereal brand Kellogg bested their rivals, the National Biscuit Company, over the manufacturing of a shredded wheat product which the National Biscuit Company claimed presented unfair competition to one of their products. The claimant objected to Kellogg’s use of the term “shredded wheat” to market their cereal, adding that there was too much of a similarity between Kellogg’s “pillow-shaped” cereal and their own shredded wheat product. Kellogg was allowed to continue their manufacturing of shredded wheat under this name and shape by Judge Brandeis, who rejected the National Biscuit Company’s argument under the premise that the shape was “functional”, while the name “Shredded Wheat” is simply descriptive, and therefore un-trademark-able. Judge Brandeis’ decision remains central to the U.S. statutory test for whether a name should remain un-trademarked because it is generic or descriptive.

Fashion house Louis Vuitton had a dog day when they decided to sue a Nevada-based pet product company, Haute Diggity Dog in 2007. The handbag maker, known around the world for its signature-branded luggage, filed a case against Haute Diggity Dog for trademark, trade dress and copyright infringement over a line of parody products entitled “Chewy Vuitton”. The defendant also reportedly had lines of products that played on the names of other international fashion brands, including “Chewnel No. 5” and “Sniffany & Co.” In a surprising move by the U.S. Court of Appeals, 4th Circuit, it was ruled that the Haute Diggity Dog products consisted of a successful parody, meaning they had not infringed on Louis Vuitton copyrights or trademarks. The court considered that the products were distinctly differentiated from Louis Vuitton products, and sought to convey a message of entertainment and amusement. It was also considered whether or not the “Chewy Vuitton” products could be confused in any way for Louis Vuitton products; a suggestion that was rejected by the court.

Miranda Dobson is a Marketing Assistant in the law department of Oxford University Press.