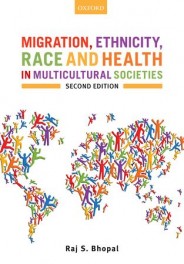 Immigration is an inflammatory matter and probably always has been. Immigrant groups, with few exceptions, have to endure the brickbats of prejudice of the recipient population. Emigration, by contrast, hardly troubles people — but the departure of one’s people is not a trifling matter. I wonder why these differential responses occur. It seems to me that humans are highly territorial and territory signifies resources and power. Immigration usually means sharing of resources, at least in the short-term, while emigration means more for those left behind and brings hope of acquiring even more from overseas in the long term. This might explain why those most needy of settled immigrant status — asylum seekers, the persecuted or denigrated, and the poor — are most resisted while those least in need of immigration status, such as the rich, are often welcomed.

Notwithstanding, consternation about migration it is rapidly leading to diverse, multiethnic and multicultural nations across the world. Many people dislike the changes this brings but it is hard to see what they are to do except change themselves. The forces for migration are strong, for example, globalization of trade and education, increasing inequalities in wealth and employment opportunities, and changing demography whereby rich economies are needing younger migrants to keep them functioning.

Whether you are a migrant (like me) or the host to migrants it is wise to remember that migration is a fundamental human behavior that is instrumental to the success of the human species. Without migration Homo sapiens would be confined to East Africa, and other species (or variants of humans — all now extinct) would be enjoying the bounties of other continents. Surely, migration will continue to bring many benefits to humanity in the future.

My special research interest is in the comparative health of migrants and their offspring, who together comprise ethnic (or racial, as preferred in some countries) minority groups. There is a remarkable variation in the pattern of diseases (and the factors that cause diseases) among migrant and ethnic groups and very often the minorities are faring better than the recipient populations. Probing these patterns scientifically, especially in the discipline of epidemiology, which describes and interprets the occurrence of disease in large populations, helps in understanding the causes of disease. There are opportunities to apply such learning to improve the health of the whole population; migrants, minorities and settled majority populations alike.

Let me share with you three observations from my research areas that help illustrate this point, one concerns heart disease and diabetes, another colorectal cancer, and the third smoking in pregnancy. Coronary heart disease (CHD) and its major co-disease type 2 diabetes (DM2) have been studied intensively but still some mysteries remain. The white Scottish people are especially notorious for their tendency to CHD. Our studies in Scotland have shown that the recently settled Pakistani origin population has much higher CHD rates than white Scottish people. Amazingly, the recently settled Chinese origin population has much lower rates of CHD than the white Scottish people. These intriguing observations raise both scientific questions and give pointers to public health. If we could all enjoy the CHD rates of the Chinese in Scotland the public’s health would be hugely improved.

Intriguingly, although colorectal cancer, heart disease and diabetes share risk factors (especially high fat, low fibre diet) we found that Pakistani people in Scotland had much lower risks than the white Scottish Group. This makes us re-think what we know about the causes of this cancer. In our scientific paper we put forward the idea that Pakistani people may be protected by their comparatively low consumption of processed meats (fresh meat is commonly eaten).

Might the high risk of CHD in Pakistani populations in Scotland be a result of heavier tobacco use? The evidence shows that while the smoking prevalence in Pakistani men is about the same as in white men, the prevalence in Pakistani women is very low. Smoking in white Scottish woman, even in pregnancy, is about 25% but it is close to nil in pregnant Pakistani women. This raises interesting questions about the cultural and environmental circumstances that maintain high or low use of tobacco in populations. These observations raise public health challenges of a high order — how can we maintain the cultures that lead to low tobacco use in some ethnic groups while altering the cultures that lead to high tobacco use in others?

The intermingling of migrants and settled populations creates new societies that provide innumerable opportunities for learning and advancement. While my examples are from the health arena, the same is true for other fields: education, entrepreneurship, social capital, crime, and child rearing to name a few. This historical perspective on human migration, evolution and advancement can benefit our health, as well as providing a foundation to contextualize the challenges and changes we face.

Raj S. Bhopal is the Bruce and John Usher Professor of Public Health at Edinburgh University and Honorary Consultant in public health with the NHS Lothian Board. He is the author of several books including Migration, Ethnicity, Race, and Health in Multicultural Societies and has received many awards for his work, including most notably being appointed a Commander of the Most Excellent Order of the British Empire (CBE) in 2001.