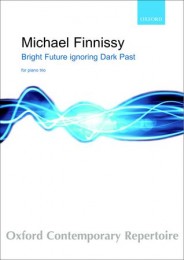 We asked our composers a series of questions based around their musical likes and dislikes, influences, challenges, and various other things on the theme of music and their careers. Each month we will bring you answers from an OUP composer, giving you an insight into their music and personalities. Here’s what OUP composer Michael Finnissy had to say:

Which composer were you most influenced by?

Charles Ives, when I was twelve or thirteen. I think Anthony Hopkins introduced the Concord Sonata in his BBC Radio ‘Talking about Music’ series, from which I learned so much about aesthetics and the craft of composing.

The first piece I ever wrote was called ‘The Chinese Bridge’, I was just over 4 years old, and had been told the ‘story’ of the willow-pattern pottery. The piece was one line long, clumsily pentatonic, and all in the middle octave of the piano. I thought my mother’s sister had kept the music-book it was written in, but in several moves of house it got lost.

The main challenges for a composer, to maintain integrity and authenticity, take quite a battering from the UK ‘music business’ — pressures to conform, to be intelligible, to be ‘amusing’. Teaching keeps me up to speed, but I still suffer terrible uncertainties and depressions. Being stubborn, intensely obsessive and passionate probably helps. None of this ever seems to get any better.

What is the last piece of music you listened to?

The last thing I listened to properly was some Chinese traditional music, wonderfully played on a recent visit to Taipei. But I am half-way through watching a DVD of a slightly irritating production of Richard Strauss’s ‘Die Liebe der Danae’, having to close my eyes to focus on the sound.

You don’t choose to be a composer, it’s what you are put here to do. My parents wanted me to teach English. I had to fight.

I only played the piano ‘by accident’, and if I had chosen the viola (the sound of which I love), could I have endured the stupid jokes and insults? I would have liked to sing well, but was told I sounded like a corncrake.

What would be your desert island playlist? (three pieces)

Busoni’s Doktor Faust, Stravinsky’s Les Noces, and Tippett’s The Midsummer Marriage. All singing, all dancing. I would also hope to have the scores of a couple of late Beethoven quartets, Matthijs Vermeulen’s 2nd Symphony, and — right now — some of the Voices and Piano pieces by Peter Ablinger, which I need to investigate further!

Oddly enough I never intended to write the same piece over and over again: so of course I think my music, and my life, has changed, and I’ve been lucky enough to get older and research a bit more deeply. But in other respects it is said that ‘leopards don’t change their spots’. I am thinking about the NEXT piece, not my ‘career’! Working in a university has made me aware that there are many people better qualified than I am, and musicians who – if they are interested – can better tell you HOW my music (and anyone else’s) has changed.

Michael Finnissy was made Professor of Composition at the University of Southampton in 1999. Finnissy has been featured composer at the Bath, Huddersfield and Almeida festivals, amongst others, and his works are widely performed and broadcast worldwide. Recordings are available on various labels, notably NMC and Metier; the latter has released a cycle of CDs to great critical acclaim.