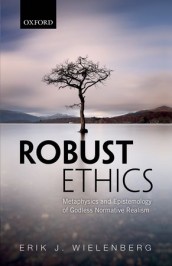 Traveling through Scotland, one is struck by the number of memorials devoted to those who lost their lives in World War I. Nearly every town seems to have at least one memorial listing the names of local boys and men killed in the Great War (St. Andrews, where I am spending the year, has more than one).

Scotland endured a disproportionate number of casualties in comparison with most other Allied nations as Scotland’s military history and the Scots’ reputation as particularly effective fighters contributed to both a proportionally greater number of Scottish recruits as well as a tendency for Allied commanders to give Scottish units the most dangerous combat assignments.

Many who served in World War I undoubtedly suffered from what some contemporary psychologists and psychiatrists have labeled ‘moral injury’, a psychological affliction that occurs when one acts in a way that runs contrary to one’s most deeply-held moral convictions. Journalist David Wood characterizes moral injury as ‘the pain that results from damage to a person’s moral foundation’ and declares that it is ‘the signature wound of [the current] generation of veterans.’

By definition, one cannot suffer from moral injury unless one has deeply-held moral convictions. At the same time that some psychologists have been studying moral injury and how best to treat those afflicted by it, other psychologists have been uncovering the cognitive mechanisms that are responsible for our moral convictions. Among the central findings of that research are that our emotions often influence our moral judgments in significant ways and that such judgments are often produced by quick, automatic, behind-the-scenes cognition to which we lack conscious access.

Thus, it is a familiar phenomenon of human moral life that we find ourselves simply feeling strongly that something is right or wrong without having consciously reasoned our way to a moral conclusion. The hidden nature of much of our moral cognition probably helps to explain the doubt on the part of some philosophers that there really is such a thing as moral knowledge at all.

In 1977, philosopher John Mackie famously pointed out that defenders of the reality of objective moral values were at a loss when it comes to explaining how human beings might acquire knowledge of such values. He declared that believers in objective values would be forced in the end to appeal to ‘a special sort of intuition’— an appeal that he bluntly characterized as ‘lame’. It turns out that ‘intuition’ is indeed a good label for the way many of our moral judgments are formed. In this way, it might appear that contemporary psychology vindicates Mackie’s skepticism and casts doubt on the existence of human moral knowledge.

According to psychologist Daniel Kahneman, quick, automatic, non-conscious processing (which he has labeled ‘System 1’ processing) is both ubiquitous and an important source of knowledge of all kinds:

‘We marvel at the story of the firefighter who has a sudden urge to escape a burning house just before it collapses, because the firefighter knows the danger intuitively, ‘without knowing how he knows.’ However, we also do not know how we immediately know that a person we see as we enter a room is our friend Peter. … [T]he mystery of knowing without knowing … is the norm of mental life.’

This should provide some consolation for friends of moral knowledge. If the processes that produce our moral convictions are of roughly the same sort that enable us to recognize a friend’s face, detect anger in the first word of a telephone call (another of Kahneman’s examples), or distinguish grammatical and ungrammatical sentences, then maybe we shouldn’t be so suspicious of our moral convictions after all.

The good news is that hope for the reality of moral knowledge remains.

The good news is that hope for the reality of moral knowledge remains. – See more at: https://blog.oup.com/?p=75592&preview=true#sthash.aozalMuy.dpuf

In all of these cases, we are often at a loss to explain how we know, yet it is clear enough that we know. Perhaps the same is true of moral knowledge.

Still, there is more work to be done here, by both psychologists and philosophers. Ironically, some propose a worry that runs in the opposite direction of Mackie’s: that uncovering the details of how the human moral sense works might provide support for skepticism about at least some of our moral convictions.

Psychologist and philosopher Joshua Greene puts the worry this way:

‘I view science as offering a ‘behind the scenes’ look at human morality. Just as a well-researched biography can, depending on what it reveals, boost or deflate one’s esteem for its subject, the scientific investigation of human morality can help us to understand human moral nature, and in so doing change our opinion of it. … Understanding where our moral instincts come from and how they work can … lead us to doubt that our moral convictions stem from perceptions of moral truth rather than projections of moral attitudes.’

The challenge advanced by Greene and others should motivate philosophers who believe in moral knowledge to pay attention to findings in empirical moral psychology. The good news is that hope for the reality of moral knowledge remains.

And if there is moral knowledge, there can be increased moral wisdom and progress, which in turn makes room for hope that someday we can solve the problem of war-related moral injury not by finding an effective way of treating it but rather by finding a way of avoiding the tragedy of war altogether. Reflection on ‘the war to end war’ may yet enable it to live up to its name.

Erik Wielenberg is Professor of Philosophy at DePauw University in Greencastle, Indiana. During 2014-15 he is Visiting Fellow at the Centre for Ethics, Philosophy and Public Affairs at the University of St. Andrews. He is the author of Robust Ethics: The Metaphysics and Epistemology of Godless Normative Realism.