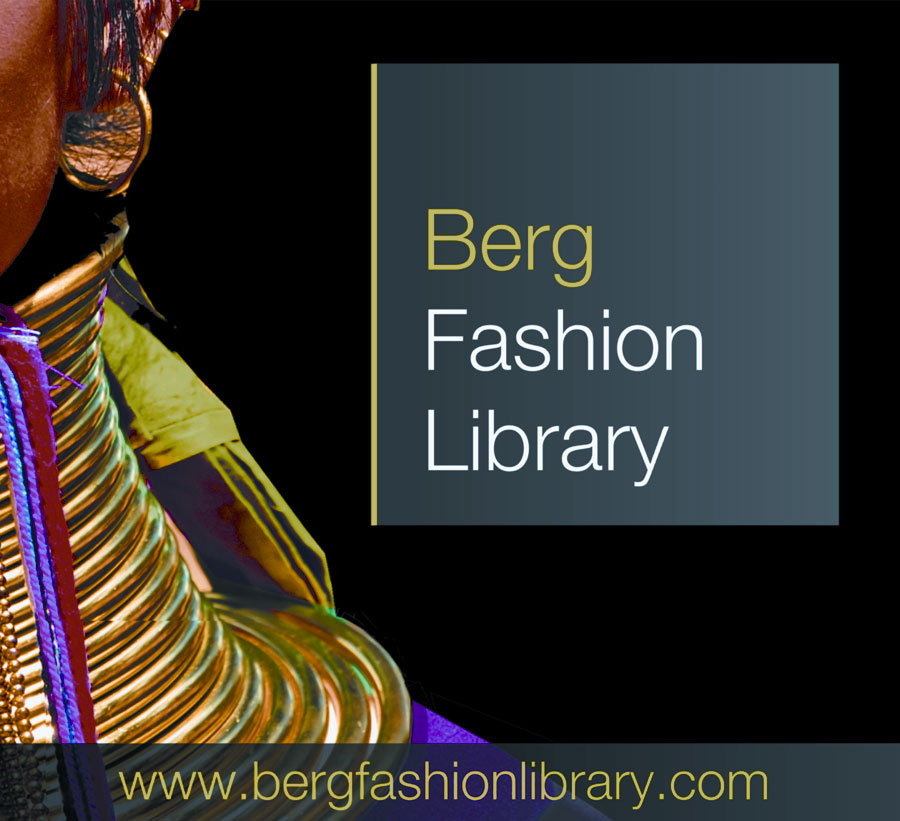 Informed by prestigious academic and library advisors, and anchored by the 10-volume Encyclopedia of World Dress and Fashion, the Berg Fashion Library is the first online resource to provide access to interdisciplinary and integrated text, image, and journal content on world dress and fashion. The Berg Fashion Library offers users cross-searchable access to an expanding range of essential resources in this discipline of growing importance and relevance and will be of use to anyone working in, researching, or studying fashion, anthropology, art history, history, museum studies, and cultural studies.

In August 2014 the world marks the 100th anniversary of the outbreak of the First World War.

A time of great upheaval for countless aspects of society, social, economic and sexual to name a few, the onset of war punctured the sartorial mold of the early 20th century and resulted in perhaps one of the biggest strides to clothing reform that women had ever seen.

The turn of the century began with a feeling of unease and fevered anticipation regarding the changing political climate; the ‘new woman’ of the fin-de-siècle and the clothes associated with her threatened to disrupt conservative gender values of the middle and upper classes. But the position of women was about to take an even sharper turn. As it soon became necessary to recruit women into the war effort, hemlines got shorter, cuts became looser, and the two-piece suit took centre stage for the first time, making way for more practical attire. Women experienced a relative degree of liberation, entering professions and industries previously dominated by men, which created the need for an entirely new ‘working wardrobe’.

Permeating mainstream and avant-garde fashion and fuelling the rise of the female’s role in the public sphere, fashion was about to move in a new, androgynous direction. Practical clothing influenced by men’s tailoring led the way and the suit, newly composed of jackets and skirts, developed its own identity as a women’s garment with soft, loose lines. In the world of high fashion, Paul Poiret and his taste for the ‘exotic’ firmly established the innovative trend for the tube-like silhouette, which reverberated throughout the fashion sphere more broadly. The kimono similarly burst onto the scene, reflecting the sentiment for looser and freer garments. Also, perhaps less well-remarked is the rapid development of the department store in Europe, which acknowledged the increasingly varied roles of women and made ready-made garments more available than ever before.

The changes were not only evident in Britain. Relationships between Germany and the French houses that dominated the fashion scene became increasingly fraught at the outbreak of war. As Irene Guenther remarks in Nazi Chic?, “the war was viewed as providing the perfect opportunity to unseat France, militarily and sartorially, from its throne. Because the conflict had slowed down the French fashion machine, a space had developed that the German nation was eager and ready to fill.” Luxury items imported from France, including silk, lace, and leather gloves were forbidden and a culture of “make do and mend” was established, which was set to echo throughout the Second World War that was to follow.

The Great War and its disruptions, dislocations, and recastings is rarely remembered for its creative output, but the war made way for innovative fashions and manufacturing techniques to suit a rapidly changing society and the new roles for the women and men who inhabited it. The sartorial changes witnessed in this turbulent decade became visual signifiers of the larger upheavals facing British and European society more generally, and we only have to look to our sartorial history from this period to sneak a peek at the way in which societal roles were uprooted and the face of women’s fashion markedly changed.