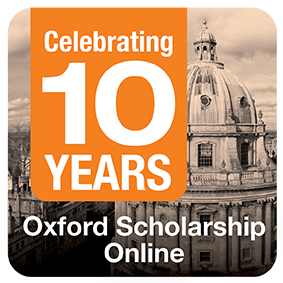 Oxford Scholarship Online (OSO) launched in 2003 with 700 titles. Now, on its tenth birthday, it’s the online home of over 10,000 titles from Oxford University Press’s distinguished academic list, and part of University Press Scholarship Online. To celebrate OSO turning ten, we’ve invited a host of people to reflect on the past ten years of online academic publishing, and what the next ten might bring.

It may be hard for some of us here at Oxford University Press to imagine a life without Oxford Scholarship Online (OSO), but even though it has reached the grand old age of 10 years old, it is still only a baby in comparison with some of our other venerable institutions. For example, the Oxford English Dictionary first published in 1884, 130 years ago, and the Oxford Almanack 340 years ago in 1674; even our celebrated duck pond is almost 200 years old. OUP employees in our Great Clarendon Street building are used to bumping into history in the most unexpected corners; my most recent find has been the story of the Oxford University Press Voluntary Fire Contingency, our very own fire brigade formed in 1885, with photos and artefacts displayed in a cabinet created from the space previously used to store the fire hoses. We even have an OUP Museum, open to the public (by appointment) and well worth a visit.

Yet even though OSO has existed for only a decade among centuries, for those of us working on book production, it has been a time of unprecedented change. My career at OUP began in 2006, when OSO was in its infancy, and my first impression of the office was, well, that I couldn’t see very much of it beneath the piles and piles of paper: manuscripts, galley proofs, first proofs, second proofs, final proofs, on desks, shelves, often even on the floor. At each stage of production, we diligently photocopied the pile just in case the courier should misplace our precious bundle. Production Editors faced the constant health hazard of paper cuts, to be feared only a little less than that dread moment when the padded envelope containing the author’s proofs splits on opening, sending an explosion of sticky grey dust over desk, floor, and clothes. The end of the production process came with the delivery of a box of (hopefully) pristine advance copies and the eventual recycling of a wall or two of our paper fortress. 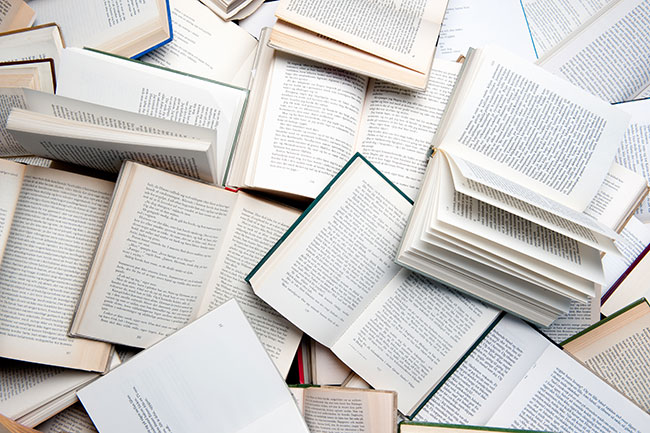 The development of digital publishing was, of course, well under way, and as more and more modules were added to OSO, the production teams began to get involved in the delivery of titles online. We have worked from the start to create our online content using XML, and although the words and spaces on the screen may be the same as those in the print book, there’s actually an awful lot going on behind the scenes, as it were. Abstracts and keywords, for example, make it much easier for the reader to find what they’re looking for online, and these, together with other bits of metadata generated during the publication process, make it possible to link up each title with other relevant resources. One of our biggest challenges was, and to some extent still is, making sure that what works in a print book also works on a PC – and now on a tablet or mobile phone too. There’s no point in referring a reader to a picture overleaf when there are no pages to turn, and it’s not at all easy to create working cross-references using that old print standard, ibid.

During OSO’s life, the days of paper in the office have also passed. If you visit us today, it’s a lot easier to spot the team at their desks, as most of the production processes are now carried out on-screen. (Since we’re enjoying the benefits of a paper-light life, we’re glad that OSO readers can also save those 400 metres of shelf space freed up by reading online.) And although we still look forward to opening those advance copies, we don’t stop there, as we’ll often also be delivering the same content as an e-book and for online publication. No one knows exactly what the digital world will look like when OSO reaches its twentieth birthday, but even if our paper proofs have been consigned to the museum with the hot metal typesetting, we’ll still be producing great OUP content in whatever format our readers want and need.

Kathleen Fearn is the Content Operations Manager for Oxford University Press’s Law, Academic, and Trade books in the UK.