It’s finally happened! After years of watching and (hopeful) waiting, tomorrow is the day that I finally step into the TEDx arena alongside an amazing array of speakers to give a short talk about ‘an idea worth spreading’. The theme is ‘Representation and Democracy’ but what can I say that has not already been said? How can I tackle a big issue in just a few minutes? How do I even try and match-up to the other speakers when they include people like the pro-democracy campaigner and Nobel Peace Prize winner Aung San Suu Kyi? Dare I suggest the problem is ‘too much’ democracy rather than ‘too little’?

The ‘three-minute thesis test’ is a relatively new form of professional training in which Ph.D. students need to provide a clear and succinct account of their thesis and why it matters in just 180 seconds.  The aim is to not only make the students think and focus on the core intellectual ‘hook’ of their research but also to hone their communication skills so they can talk to multiple audiences in multiple ways about their research. This is all jolly good and to be encouraged. TEDx talks, however, represent something of the ‘über-three minute thesis test’ in the sense that not only must you tackle a big issue but you must also do so in a way that is sophisticated yet accessible, entertaining but serious and thought provoking but not ridiculous. You get eight minutes to do this, not three, but you only get one shot at giving the talk in front of a large live audience and an even larger online audience of many millions. This is reputational poker. Here is the essence of my pitch.

The title of my talk is ‘The Problem with Democracy’. However, the problem with even talking about ‘the problem with democracy’ is that it is a loaded statement. Loaded in the sense that it suggests that (1) there is a single ‘problem’ when it might be argued a discussion of ‘the problems’ [plural] with democracy might offer a more rounded and sophisticated set of answers; and (2) loaded in the sense that it accepts that ‘a problem’ exists. I want to take on and challenge each of these assumptions in turn but before this I want to make the rather unfashionable – even heretical – suggestion [and this is my ‘hook’] that one of the problems with contemporary democracy might be that in some parts of the world we have too much democracy rather than too little. Let’s call this problem ‘hyper-democracy’.

Something seems to have gone wrong in the relationship between the governors and the governed. Recent elections at all levels display not only low turnouts but also a shift towards more extreme populist parties that offer a general message of anti-politics and a mantra of ‘If only we could get rid of all the terrible politicians then everything would be fine!’ The problem is that you cannot have democracy without politics and you cannot have politics without politicians. 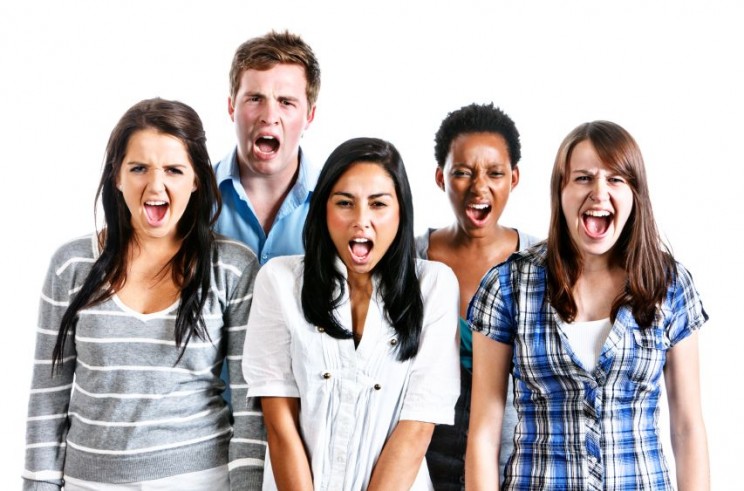 For all sorts of reasons, politics is increasingly viewed as little more than a spectator sport or a retail activity. Yet, democratic politics is not a ‘click-and-collect’ online shopping channel where you make your choice and expect your goods to arrive. And if you don’t get what you want, it has become too easy to heckle – or should I say to tweet or blog – from the sidelines. Could it be that we have too much of the wrong kind of democracy and too little of the right kind of democracy? Democracy is about compromise and a sense of proportion. We don’t always get what we want, as individuals or specific groups, in a democracy but that’s just the price we pay for living in a free society as opposed to a fear society (this might be a good time to remind you that, as the research of Freedom House illustrates, most of the world’s population do not live in democratic regimes).

We may have hit a point where our political system has become too sensitive to the public’s opinions and anxieties. Just think about the second half of the twentieth century; the growth in the number and range of ‘sleazebusters’, watchdogs, and audit bodies, the increasing role of the courts and the judicialization of politics, not to mention the role of the internet and an increasingly aggressive media in holding political processes and politicians to account. This is all good. It’s democratic progress. It’s part of John Keane’s wonderful book The Life and Death of Democracy and he calls this stage of far greater popular controls over politicians ‘monitory democracy’. But you could call this ‘hyper-democracy’ because the 24/7 news-cycle creates a perpetual storm of scandal and intrigue.

Could it be that we need to give those politicians we elect just a little more leeway and ‘space’ in order to allow them to focus on delivering their promises? Could it be that politicians have become too sensitive to the immediate demands of the loudest sectional groups or the latest focus group or what’s trending on twitter? The reason I dare to ask this question is for the simple reason that ‘hyper-democracy’ does not seem to be producing contented democrats but disaffected democrats. It seems to be fuelling increasing mistrust and mass misrepresentation by the media.

However, on the one hand I am criticizing the public for not getting involved themselves and viewing politics as a spectator sport, but on the other hand I am emphasizing that politicians need a little breathing space. How do I square this circle in a manner that offers a solution to the problem of democracy? I do it like this: the problem with hyper-democracy is too much of a shallow, disengaged, and generally aggressive form of individualized market-democracy and too little of a deeper and more socially embedded model based on active and engaged citizenship. We need less shouting and more listening, less pessimism and more optimism, but most of all we need more people – from a broader range of backgrounds – to step into the arena in order to demonstrate just why democratic politics matters.

and also Visiting Distinguished Professor in Governance and Public Policy at Murdoch University, Western Australia. He is also Chair of the Political Studies Association of the United Kingdom and the author of Defending Politics (2012).