As the Amazon-Hachette debate has escalated this week, taking a notably funny turn on the Colbert Report, we’d like to share some funnier reflections on books and the purposes they serve. Here are a few selections from the Oxford Dictionary of Humorous Quotations, Fifth Edition.

“If you don’t find it in the Index, look very carefully through the entire catalogue.”
—Anonymous: in Consumer’s Guide, Sears, Roebuck and Co. (1897); Donald E. Knuth Sorting and Searching (1973)

“Books and harlots have their quarrels in public.”
—Walter Benjamin 1892-1940 German philosopher and critic: One Way Street (1928)

“My desire is … that mine adversary had written a book.”
—Bible: Job 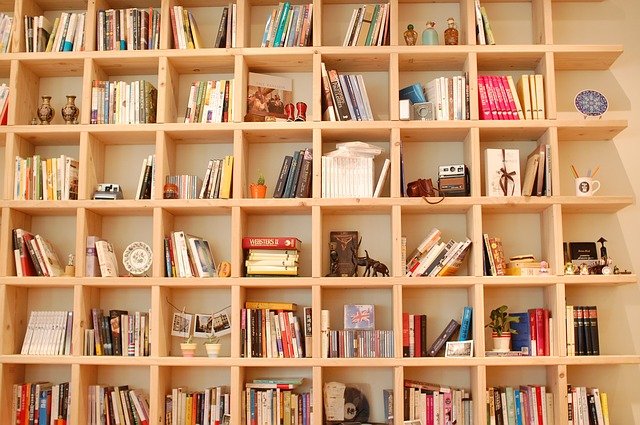 “When the [Supreme] Court moved to Washington in 1800, it was provided with no books, which probably explains the high quality of early opinions.”
—Robert H. Jackson 1892-1954 American lawyer: The Supreme Court in the American System of Government (1955)

“One man is as good as another until he has written a book.”
—Benjamin Jowett 1817-93 English classicist: Evelyn Abbott and Lewis Campbell (eds.) Life and Letters of Benjamin Jowett (1897)

“A thick, old-fashioned heavy book with a clasp is the finest thing in the world to throw at a noisy cat.”
—Mark Twain 1835-1910 American writer: Alex Ayres The Wit and Wisdom of Mark Twain (1987)

“Digressions, incontestably, are the sunshine;–they are the life, the soul of reading;–take them out of this book for instance,–you might as well take the book along with them.”
—Laurence Sterne 1713-68 English novelist: Tristram Shandy (1759-67)

“In every first novel the hero is the author as Christ or Faust.”
—Oscar Wilde 1854-1900 Irish dramatist and poet: attributed

Writer, broadcaster, and wit Gyles Brandreth has completely revised Ned Sherrin’s classic collection of wisecracks, one-liners, and anecdotes. With over 1,000 new quotations throughout the media, it’s easy to find hilarious quotes on subjects ranging from Argument to Diets, from Computers to the Weather. Add sparkle to your speeches and presentations, or just enjoy a good laugh in the company of Oscar Wilde, Mark Twain, Joan Rivers, Kathy Lette, Frankie Boyle, and friends. Gyles Brandreth is a high profile comedian, writer, reporter on The One Show and keen participant in radio and TV quiz shows.