Journal of Law, Economics, and Organization

Government is conventionally considered the source of citizens’ property security. And in the contemporary developed world, at least, often it is. In the historical world, however, often it was not. In eras bygone, in societies across the globe, governments didn’t exist—or weren’t strong enough to provide effective governance. Without governments to govern them, the members of such societies relied on self-governance.

Self-governance refers to privately supplied institutions of property protection—whether designed by individuals expressly for the purpose, such as the “codes” that pirates forged to govern their crews in the eighteenth-century Caribbean, or developed “spontaneously,” such as the system of customary law and adjudication that emerged to govern commerce between international traders in medieval Europe. Reliance on such institutions, especially in historical societies, is well known. Less widely recognized or understood is historical societies’ reliance on superstition—objectively false beliefs—to facilitate self-governance.

Consider the case of medieval monks. Today monks are known for turning the other cheek and blessing humanity with brotherly love. But for centuries they were known equally for fulminating their foes and casting calamitous curses at persons who crossed them. These curses were called “maledictions.” 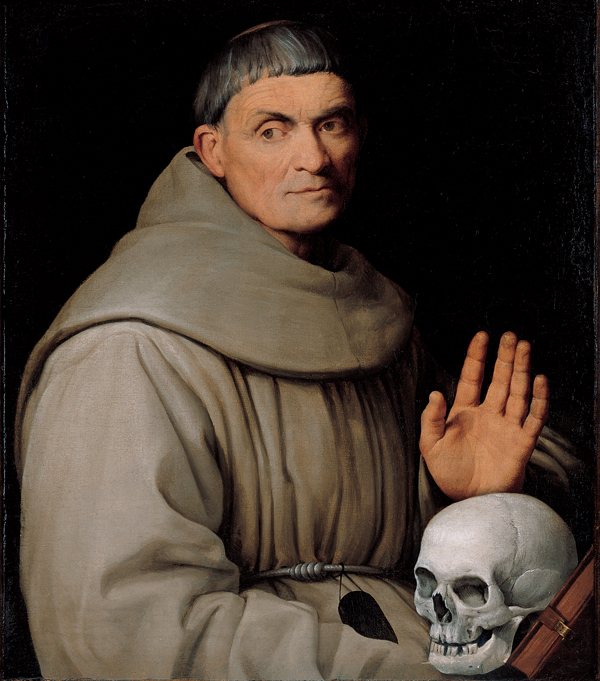 Between the tenth and twelfth centuries, wealthy monastic communities in West Francia—a territory encompassing much of modern-day France—confronted great property insecurity. Under the Carolingian dynasty, a system of royal justice protected monks’ property. But in the 10th century that system broke down. As public authority degraded, petty fiefdoms emerged headed by strongmen accountable to no one but strongmen stronger than themselves. Because many monastic communities lacked military means of self-protection, their extensive properties laid unprotected, like sitting ducks, for strongmen interested in plundering them.

To cope with this threat to their property, monks resorted to maledictions. These curses’ particular forms varied, but their basic features were similar. Maledictions were (a) hurled publicly by men of the cloth (b) at the depredators of their property (c) under the ostensible authority of God and through His imprecatory power (or that of his agents, such as saints), (d) using the arsenal of holy execrations that litter the Bible.

They also threatened targets with punishment in the next world: “let him be excommunicated and cursed as well as damned forever with Judas the traitor and with the devil.”

It’s not hard to appreciate how the specter of being cursed with such maledictions affected the incentives of would-be monastic plunderers who believed in the power of monks’ “God damns.” In lieu of state-administered punishment for violating their property, monks’ maledictions promised supernaturally-administered punishment. By raising the cost of raiding their lands, this punishment reduced strongmen’s payoff of appropriation, which in turn reduced the likelihood that monastic communities would be plundered.

Malediction’s power to improve monks’ property security in this way depended critically on citizens’ superstition—their faith in monks’ ability to recruit God to punish them if they preyed on monks’ lands. Thus, in order to “work,” monastic maledictions couldn’t be just any kinds of curses. They had to be curses that were grounded in citizens’ existing beliefs and, equally important, couldn’t be falsified—i.e., couldn’t generate evidence of their bogusness that would undermine maledictions’ property protecting power by turning curse believers into non-believers.

By using Biblical curses, monks borrowed on the authority and sanction given holy imprecations by God Himself according to medieval Christian belief, which viewed this book as divine. And by rendering their curses maximally vague and encompassing—“May they be cursed [in all ways] in all places at all times”—monks ensured their maledictions could never “fail” and thus never produce evidence that cast doubt on their validity. After all, at some point in his life the target of a monastic curse was certain to befall some misfortune. Even if he didn’t, since maledictions also commonly cursed one in the afterlife, it was impossible to rule out the possibility that a curse unrealized so far would “come true” eventually.

Monastic malediction was a highly imperfect institution of private property protection. Like other superstition-based institutions of governance, its potential effectiveness was limited by the strength of the belief in the superstition in which it was grounded; and even in medieval Christendom, skepticism certainly existed. Still, medieval monks wouldn’t have resorted to hurling “God damns” at their predators unless they expected to improve their property security by doing so, and their continued willingness to just that when public authority was unavailable suggests their expectation was well founded. Superstition, it seems, facilitated monastic self-governance.

Peter T. Leeson is Professor of Economics and Law and BB&T Professor for the Study of Capitalism at George Mason University. His new book, Anarchy Unbound: Why Self-Governance Works Better than You Think, published by Cambridge University Press, and journal article “God Damn: The Law and Economics of Monastic Malediction,” published in the Journal of Law, Economics, and Organization, study self-governance and the role that superstition plays in its operation.

The Journal of Law, Economics, and Organization is an interdisciplinary journal which promotes an understanding of many complex phenomena by examining such matters from a combined law, economics, and organization perspective.

Sexuality and the Holocaust