When playing video games, do you play better with the sound on or off? Every gamer may have an opinion, but what has research shown?

Some studies suggest that music and sound effects enhance performance. For instance, Tafalla (2007) found that male gamers scored almost twice as many points while playing the first-person shooter game DOOM with the sound on (chilling music, weaponfire, screams, and labored breathing) compared to those playing with the sound off.

On the other hand, Yamada et al. (2001) found that people had the fastest lap times in the racing game Ridge Racer V when playing with the music off. Interestingly, 10 different music tracks were tested—and the lowest scores were earned when playing with the soundtrack built into the game (Boom Boom Satellite’s “Fogbound”).

Sometimes the results are more complex. Cassidy and MacDonald (2009) tested people playing a driving game with car sounds effects alone or with car sound effects plus different kinds of music. People playing with music that had been shown to be ‘highly arousing’ (in previous research) drove the fastest—but also made the greatest number of mistakes, such as hitting barriers or knocking over road cones! 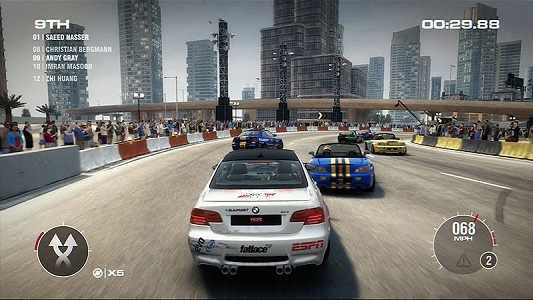 In our own research (published 2010 and 2012), my colleagues John Baxa and Matt Spackman and I found that people playing Twilight Princess (Legend of Zelda) performed worst when playing with both music and sound effects off. This game provides the player with rich auditory cues that function as warnings, clues for access points, feedback for correct moves such as successful attacks on enemies, and more. Many of these don’t just “double” what you see on the screen.

As we progressively added more game audio, performance improved. However, surprisingly, our participants performed best when playing with background music playing on a boombox that was unrelated to the game! (This would be like playing a game with the game sound switched off—while your roommate’s music is playing in the background.)

How to boost your game play?

So how do we make sense of these findings? And do they shed light on what distinguishes the top gamers?

A closer look at the individuals in our 2010/2012 study suggested that the majority of our participants—but not all—played better with unrelated background music until they “got the hang of” the game.

We used a game that was new to everybody. As Twilight Princess is a pretty complex adventure role-playing game, the average player seemed to have to focus attention on the visual information when first navigating the game. So music and sound effects built into the game may have interfered with their concentration, as they had to “tune it out” to focus on visual cues to guide their actions at first. 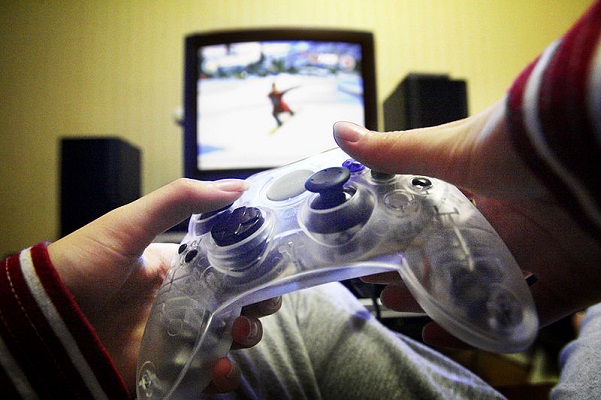 However, our top players (who concluded four days of play in our Videogame Lab with the highest scores) were different. They tended to play better with the game sound on (full music and sound effects coming from both screen and Wiimote) from the very beginning.

The best players seemed to be better at paying attention to and meaningfully integrating both audio and visual cues effectively—thus benefitting from the richest warnings/clues/feedback. While the typical player strongly favored one sense, the best players were truly playing an audio-visual game from the beginning.

So…one secret to being a successful gamer may be to sharpen your attention to audio cues (in sound effects and music) within a game. Paying more attention to and integrating cues to both ear and eye may boost your game!

I’m also reminded of what a participant in our study expressed so well: “There’s more to a game than just high scores. It’s also about being transported and immersed in another world, and music and sound effects are what bring you there.”

Indeed, the lush cinematic scores take us through the emotional highs and lows of the journey of a game. Atmospheric tracks immerse us in other worlds. Rhythmic tracks serve as an engine to drive the action, the propulsion of the music making the virtual environment appear deeper and the visual array seem to whizz by faster (motion parallax).

When you have a great soundtrack, music can be the soul of a game.

Recently I had a chance to speak with composer Sonic Mayhem (Sascha Dikiciyan) when we were both interviewed on video game music by Sami Jarroush for Consequence of Sound. Sonic Mayhem is one of the most sought-after video game music composers today. He scored Quake III Arena, Tron: Evolution, Mass Effect 2 & 3, Borderlands, Space Marine, James Bond: Tomorrow Never Dies, Mortal Kombat vs DC, and a ton of other monumental games.