By Duncan French and Lavanya Rajamani

As we celebrate Earth Day this year, it is timely to reflect on the international community’s commitment to halting serious environmental harm. The idea that all States have a ‘common interest’ in promoting global environmental responsibility — as evidenced most clearly through their active participation in multilateral environmental agreements — has been a cornerstone of international environmental policy for the last few decades. At the heart of this responsibility is the recognition that sovereign self-interest is enhanced, rather than compromised, through collective responses to matters of global concern. And that universal participation of diverse states in pursuit of common objectives is best secured through differential treatment of states tailored to their responsibilities and capabilities.

But this ideal of responsibility — common but differentiated responsibility — is facing serious challenge. In particular, the increasing questioning of differential treatment as a valuable tool in achieving common objectives has highlighted — if nothing else — a breakdown of previous certainties, however fragile the consensus ultimately was.

Since the 1990 London Amendments to the 1987 Montreal Ozone Protocol, differentiation in commitments and obligations of financial and technological support towards developing countries has characterised, and partially defined, international environmental law. Even among multilateral environmental agreements, the climate change regime is distinctive for the nature and extent of differential treatment it contains in favour of developing countries. The extent of this differential treatment, however, has proven deeply contentious over the years. 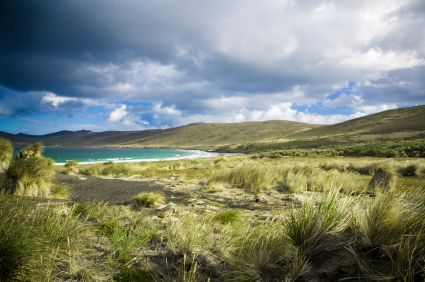 Indeed, the 1997 Kyoto Protocol, while representing the high-water mark of differential treatment in international environmental law, is set, to come to an end in 2020. This is partly due to the deep divisions concerning the differential treatment it contains. The latest round of negotiations, under the auspices of the Ad Hoc Group on the Durban Platform (ADP) and which are to conclude in 2015, has been mandated to produce an outcome that is ‘applicable to all’. Although, ‘applicable to all’ implies universality rather than uniformity of application, the use of the term, given the political context of the negotiations, is suggestive of a shift towards greater symmetry and more nuanced differentiation between Parties. The battle over differentiation — the existence, nature and extent of it — is raging in the ongoing climate negotiations, and will no doubt prove to be one of the final issues to be resolved in Paris, 2015.

It could of course be argued that such a shift in the climate regime is but a function of larger geo-political shifts that have occurred in international relations in the past two decades; differentiation as it was originally conceived being an artifact of the period in which it was negotiated. Traditional North-South dichotomies have since disintegrated in the face of economic growth in some developing countries and the shrinking of some first world economies. Such differential treatment in favour of developing countries, especially those that are today in the middle income or higher income brackets, is an anachronism, and thus the move towards greater symmetry, it might be argued, is both natural and politically necessary. Moreover, some developed countries have become disenchanted with differentiation over time, particularly when it is rigidly structured and increasingly viewed as artificial, particularly since the global economic collapse of 2007 and the challenges faced by many ‘developed’ economies.

Whether this move in international environmental law towards greater symmetry and more nuanced differentiation in obligations for Parties, albeit with greater deference to national circumstances, is likely to either result in a more efficient approach, which in turn will promote more ambitious legal outcomes or be sufficient to appease the majority of the global South remains uncertain. Undoubtedly there appears to be a systematic dismantling of a pervasive architecture of differentiation that had assumed a stronghold in international environmental law in the past three decades.

Does this matter; should not international environmental law reflect changing political and economic realities? Should not a regime be negotiated in a manner that seeks to include as many countries as possible? And where a regime such as Kyoto has become so contested, is it not better to seek an alternative that more States can endorse?

While these are valid arguments, they do not account for the fact that differentiation was not adopted merely to improve treaty compliance or prevent a zero-sum outcome in participation. Differentiation reflected a broader ambition; that environmental obligations should be fair and equitable as well as effective. That the international community should not be allowed to neglect historic injustices, enduring differences and considerable disparities in wealth when responding to the environmental challenges. Of course, differentiation can be achieved in many different ways and with greater or more limited financial and technological assistance attached thereto. But the bedrock of differentiation — and even stringent versions of it — had seemingly been accepted. Should this now be disregarded?

There are perhaps equally valid perspectives on this matter that transcend both politics and law. But some queries do arise in this context. If the international community is a community of law, bound within a legal framework, should such a framework to be with or without a moral core? And if the former, what role does equity play and what weight should be placed on it as a characteristic of any legal system? The parties to the climate regime might be right to reconsider their approach to differentiation; but in doing so, equity must still be a valid consideration.

In recognition of Earth Day this year, we have looked across Law, History, Economics, Literature, Life Science, and Social Sciences to identify key articles in environmental studies, all made freely available.