Mating Intelligence Unleashed: The Role of the Mind in Sex, Dating, and Love

When it comes to the psychology of long-term mating, there are important similarities and differences that characterize the wants and desires of males and females. Based on extensive past research on the nature of human mating, it turns out that the sexes are more similar than portrayals of the recent research in this area often suggests. So in thinking about how to woo your partner this year, you may first want to think about what people across the globe want in long-term mates. To this point, note that men and women often want the same things in mates.

According to the findings of large-scale cross-cultural data, people everywhere seem to want love and someone who loves them genuinely back, putting “your” interests above “his or hers.” Expressions of true love are expressions of altruism, signaling the basic idea of “I’m doing something that is primarily for you at some kind of cost to myself.” So express love — or, perhaps from an evolutionary psychology perspective, more simply express altruism. Give to your partner and do it in a way that shows some self-sacrifice.

When academics think of human evolutionary psychology, they often think of the well-documented literature on the nature of human behavioral sex differences: evolution-based explanations of why men and women behave differently. Granted, research to this point is exhaustive and there is something to it! But human evolutionary psychology is largely about human universals – universals that often cut across gender. The nature of human mating intelligence is in many ways sex-homogeneous as opposed to sex-differentiated. 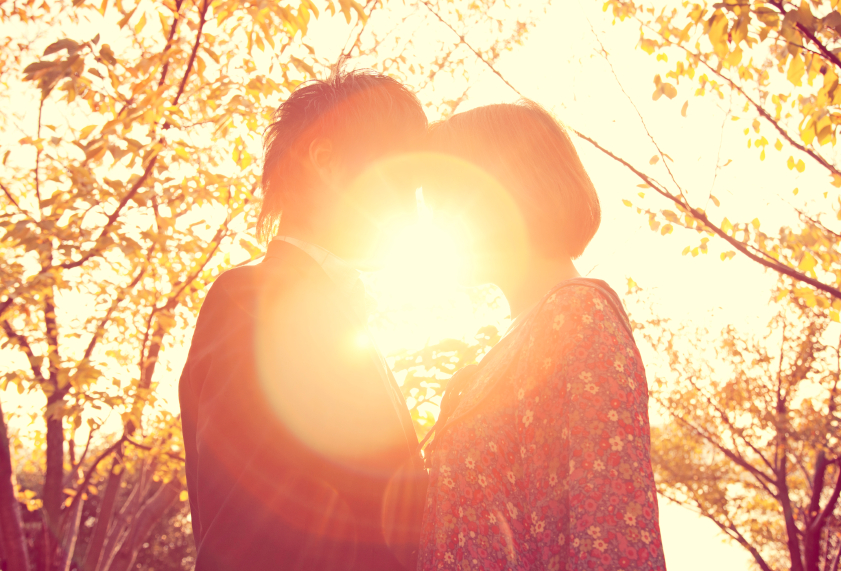 On this point, consider empathy. Who does not want an empathic romantic partner (or even friend or parent)? The appeal for someone who is sympathetic and kind (high in agreeableness) is one of the most desired qualities in potential mates. Empathy is seen as a positive and desired personality characteristic for cultivating harmonious relationships in several social fields. It is an essential factor that affects interpersonal processes. Empathy is described as the ability to enter one’s world to correctly perceive his/her feelings and their meanings. Research shows that people desire highly agreeable people (as a personality trait which contains empathy) in a potential mate and in long-term relationships more generally. Demonstrating deep and genuine empathy, then, is attractive and should be appreciated by your partner.

Empathy also has a tremendous effect on long term-relationships. Empathic individuals tend to invest their time and energy into their partner and relationship for the long term. Thus, empathy has the power of making a relationship more compatible. It contributes to adult relationships with some positive outcomes such as higher ratings of marital adjustment, better communication, high relationship satisfaction, less conflict, and less depression. Empathy has been noted by many researchers as a key aspect of couple interaction and a predictor of marital satisfaction and functioning. High agreeableness (a significant trait that overlaps with empathy) corresponds to low levels of infidelity, relatively few sexual partners, and high levels of commitment to one’s mate.

A key element of human mating intelligence, then, is true and even conspicuous empathy – including such features as sympathetic emotions in response to others, genuine listening to what others have to say, anticipating the thoughts of another (e.g. cross-sex mind-reading), and knowing the stages that relationships can go through. This Valentine’s Day, if you want to show a little mating intelligence, start by showing a little empathy toward your partner.

According to a recent meta-analysis on the topic of life regrets, it turns out that education, career, and romance are the three most-cited areas in life where regrets arise in the minds of adults. You don’t need to look back years from now and regret your romantic choices of today! According to many findings, we can take several steps to enhance our mating intelligence. Individuals use different strategies consciously or unconsciously, to improve their mating intelligence. Learning about the nature of relationships via modern media (such as music or magazines or movies) may help people learn about the nature of relationships, and what partners may want out of relationships. Taking an empathic approach to the many stories and images we see in the media may actually help people develop some important elements of mating intelligence. And as with other forms of intelligence, such as social intelligence, and emotional intelligence, few individuals seem to reach their maximum limit.

This Valentines’ Day, display some of the core elements of human mating intelligence. Demonstrate love and altruism. Take your time, money, or energy and “spend it” on observable displays of affection to your partner. Be empathic — genuinely listen to what you partner has to say. By doing so, you can make your partner feel loved, validated, and appreciated. Along the way, you’re likely to help both you and your partner remember why you started this long-term bond in the first place!

Glenn Geher is Director of Evolutionary Studies at State University of New York at New Paltz. He is the co-author of Mating Intelligence Unleashed: The Role of the Mind in Sex, Dating, and Love with Scott Barry Kaufman, PhD. Gökçe Sancak Aydın is a doctoral student in Psychological Counseling and Guidance Department at Middle East Technical University.