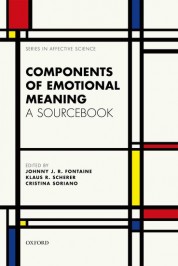 Components of Emotional Meaning includes contributions from psychological, cultural-comparative, and linguistic perspectives demonstrating how this new instrument can be used to empirically study very different research questions on the meaning of emotion terms. The implications of the results for major theoretical debates on emotion are also discussed.

Have you ever had difficulty expressing your emotions in words? Have people misinterpreted what you feel even if you name it? If you speak more than one language, you’re almost certain to have answered “yes”.

I am Spanish. My husband is American. The first time I realized emotion words may not mean the same in different languages was when he first told me “I love you”. I liked it, but I didn’t know what he meant. After all, people in English also say they love ice-cream, or biking. Certainly, context (and the look in my husband’s eyes) helped me understand I was more cherished than his two-wheeled vehicle. But in Spanish we don’t use the same verb to designate what we enjoy and what we love romantically, so did “I love you” mean the same as “te quiero”? 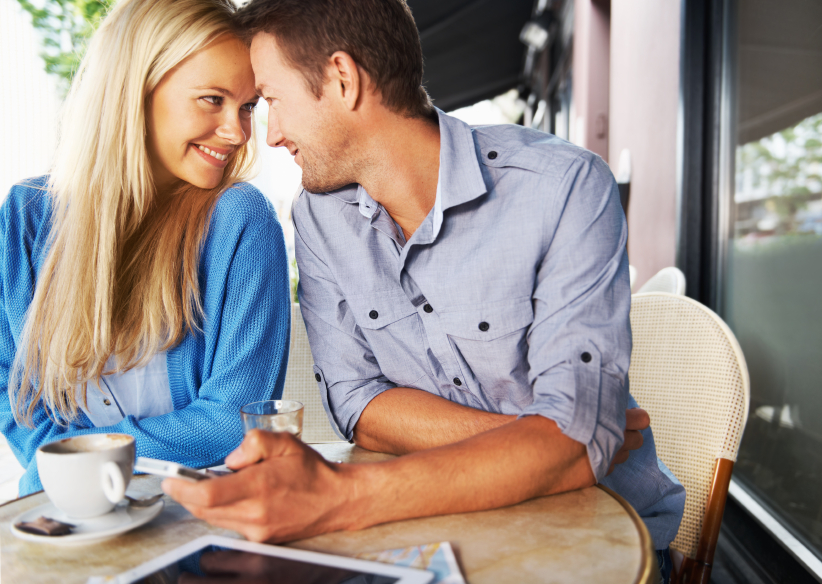 This is the kind of question I investigate in my job. I am a linguist at the Swiss Center for Affective Sciences, an interdisciplinary research center at the University of Geneva devoted to the study of emotion. In my specific line of work, we look at the meaning of emotion words, like “love” or “pride”, across languages and cultures. Our project, called “GRID”, brings together linguists and psychologists from 34 countries around the world interested in a topic both psychologists and linguists often have heated debates about: to what extent emotions are the same or different across languages and cultures.

To answer this question empirically, we use a questionnaire and ask people around the world about the meaning of their emotion words. Questions are made about the various “components of emotion”, that is, the basic aspects of experience commonly believed to compose an emotional episode. These include, among others, the way we perceive events around us (was this intentional? is it controllable?), the way our body reacts (e.g. increased heart rate, shivers, blushing), or the way we express our feelings (e.g. frowning, smiling, crying). The responses allow us to compose a mean semantic profile for those words that we can then compare across languages and countries. So far we have investigated the meaning of 24 emotion terms in 23 languages and 27 countries.

Some big commonalities can be found. For example, around the world, our emotional vocabularies seem to be organized in terms of four basic dimensions: words can vary on whether they are more or less positive or negative (like love and hate, respectively), active or inactive (like joy and sadness), strong or weak (like anger and fear), and expected or unexpected (like contentment and surprise). The high correlation scores obtained across data samples also suggest that the meaning of these words is fairly similar across languages. Importantly, this applies to the so-called basic emotions – like fear or anger – which have been hypothesized to be biologically primary and universal, but also to the social emotions – like shame or guilt – which were assumed to vary more from culture to culture.

In addition to the regularities, differences can also be found between languages. For example, Spanish “despair” (“desesperación”) designates a more excited emotion than English “despair”. The latter means, for instance, that when I say I feel “despair”, I may be clenching my teeth and pulling my hair out. By contrast, when my husband says he feels “despair”, he is more likely to have bowed his head and covered his face with his hands.

Interestingly, differences can also be found between countries that speak the same language. For example, the meaning of French “serenité” (serenity) seems to be more positive in Canada than Gabon, and indeed the facial expression of “serenité” in Canada has been found to include a smile, whereas in the African country, “serenity” has more of a neutral face.

More surprisingly perhaps, differences can also be found within the same country. The meaning of “orgoglio” (pride) seems to be slightly different in the North and the South of Italy. In the North, for example, one typically feels “orgoglio” about the things one has done oneself, whereas in the South it can also be felt about things done by others, like one’s kin.

Research at the intersection of language, culture and emotion can shed light on important topics like the cultural traits that influence our emotional representations, and the role of linguistic categories in the emergent quality of emotional experience. The project also has applications for the study of bilingualism (how do our emotion concepts change when we speak more than one language?), emotional intelligence (how does our linguistic knowledge of emotions affect our empathic and adaptive skills?), and pathologies (is the meaning of emotion words different in autistic people with no linguistic deficit but affective handicaps?).

The research agenda is highly motivating because it has applications in real life. A better understanding of the meaning of emotion words is useful to make sense of our emotions and the emotions of others in different languages and contexts, and this is of crucial importance in an increasingly multilingual and interconnected world.

Image credit: A loving young couple out on date at a restaurant. © GlobalStock via iStockphoto.

Cristina Soriano is a senior researcher in linguistics at the Swiss Center for Affective Sciences of the University of Geneva, Switzerland. She conducts research on the meaning of emotion words across languages and cultures and on the metaphorical representation of emotion concepts. The first results have been recently published by Oxford in the book Components of Emotional Meaning.

Some of our tools: “awl”