The iconic pink breast cancer awareness ribbon — once a consciousness-raising symbol — now functions primarily as a logo for the breast cancer brand.

The breast cancer brand, like any other brand, is comprised of a “set of expectations, memories, stories and relationships that, taken together, account for a consumer’s decision to choose” the breast cancer brand over something else. It draws from a collection of recognizable symbols, images, and meanings within, in this case, mainstream breast cancer culture (i.e. pink ribbon culture) to encourage people to buy and display “pink.” Using basic advertising principles, the brand capitalizes on emotional resonance to increase social and financial investment in the brand.

The breast cancer brand has become so successful in forging emotional connections with potential consumers that the marketplace is filled with branded products, services, events, and advertisements that use the brand’s familiar associations (i.e. fear of the disease, hope for a cure, and the goodness of the cause) in the name of awareness and improving women’s lives. Those that incorporate the breast cancer brand into their business portfolios may, or may not, have actual ties to the breast cancer cause. Regardless, those who use the brand tend to make money, fortify public reputations and increase visibility and consumer loyalty.

Ads for the Avon breast cancer walk draw on imagery of triumphant women supporting a good cause while having a great time, showcasing passionately fabulous and amazing lifestyles.

After paying for the administrative overhead, some of the funds raised at the walks do go to breast cancer research grants. However, the organization earned only a C+ rating from Charity Watch (formerly known as American Institute of Philanthropy) in 2010 because the organization spent $39 for every $100 it raised. The 2010 report titled “Avon Raises Awareness for Its Cosmetics and for Breast Cancer” cautions consumers that companies may engage in such “high profile activities” based on the “amount of publicity and brand awareness they generate rather than the efficiency with which funds are raised or the level of awareness generated for breast cancer.” 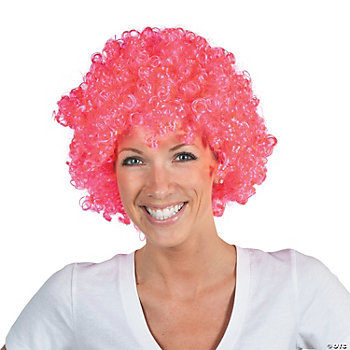 Other companies use the breast cancer brand to sell pink products and lifestyles without a promise to contribute resources to the cause. The nylon hot pink awareness wig is a “curly haired costume accessory during Breast Cancer Awareness fundraisers to get passersby to smile while supporting the cause.” Oriental Trading Company has a line of breast cancer awareness party supplies that capitalize on the festive spirit associated with the breast cancer brand. Proceeds go directly to the profit centers of Oriental Trading Company. That is, unless the products are sold within the exclusive “Running Ribbon” product line that, for a limited time period, contributes 15% of proceeds to Susan G. Komen for the Cure®. It is up to the consumer to keep track of which pink ribbon purchases indirectly contribute to a breast cancer charity, and which ones do not.

Still other companies use breast cancer associations without the congruence of an official mention of breast cancer or related advocacy. The first time I noticed one of these ads was in 2006. A full-page print advertisement from Fidelity Investments used the breast cancer brand to market financial planning and income management services to women. The Fidelity ad, awash in pink, painted a portrait of a breast cancer survivor named Carol.

The list of labels describing Carol, surrounded by select photographs, seems to be a trajectory of the various stages of her life as she transitions from rebellious youth (HIPPIE, PROTESTOR) to a successful female member of society (PREPPY, YUPPIE, MOM, CFO, CEO). While the generic list and accompanying narrative (i.e. if you’re like Carol) seems to cast Carol as the generic woman, the political and professional labels are too narrow to be inclusive. Fidelity’s targeted woman consumer has money and clout. According to Forbes, only 4% of CEOS running America’s largest companies in 2012 were women, and that was a record number.

What’s more, Fidelity recognizes that breast cancer is an important women’s health issue. In addition to high incidence rates particularly among women approaching retirement age, breast cancer has cache. A colleague told me about a breast surgeon who referred to breast cancer as “the happy cancer.” And it’s got the pink swag to go with it. Thus, Carol represents the quintessential she-ro of pink ribbon culture, a triumphant breast cancer survivor who fights the disease with style, learns from her experience, becomes a better person, and shares her wisdom with others. The Fidelity ad did not have to use the word breast cancer to create this association. The color pink, along with the accompanying list — CANCER PATIENT, CANCER SURVIVOR, FUNDRAISER, SPOKESPERSON — creates the tableau. Dominant narratives in pink ribbon culture fill in the blanks.

According to Action Marketing, Fidelity’s generic portrayal of Carol failed to represent an excellent marketing-to-women strategy. What’s more, the ad violated the “don’t think pink” rule, which was popularized in 2004 when branding consultants learned that using the color pink to market to women didn’t work. A recent study at Harvard found the same thing. Stereotypical gender cues like the cliché of pinkness suggest a superficial awareness of women’s lives that is unappealing and triggers defensiveness.

The lesson: Companies should reach out to women with scenarios they care about and can relate to, without jargon, condescension, or trivializing symbolism.

Apparently, not everyone got the message. Last month, Harbinger Fitness already began sending out marketing materials to blend in with the pink ribbon display. An email pitch with the subject line, “pink the new black get fit gear under thirty” profiled “Pretty in Pink Fitness Gifts” that would be perfect for a woman “this Holiday Season” or “after the holiday feasting.” I can only presume that breast cancer awareness month must have been named an official holiday. The pink-themed gear just for women includes a lifting strap vaguely in the shape of a pink ribbon. Yet there is no mention of breast cancer, fundraising, or advocacy. The company simply uses the breast cancer brand and its association with the color pink to market to women during the awareness season.

Research shows that women are turned off by such trivializing marketing techniques, but the pink ribbon is working well enough to keep the multi-billion-dollar breast cancer industry alive. Even if the same cannot be said for the some 40 thousand individuals who die from the disease each year.

Gayle A. Sulik MA, PhD is research associate at the University at Albany (SUNY) and founder of the Consortium on Breast Cancer. She was a 2008 Fellow of the National Endowment for the Humanities and is winner of the 2013 Sociologists for Women in Society Distinguished Lecturer Award for Pink Ribbon Blues.