Scholarly and regulatory attention to the ethics of medical research on human subjects has been one-sidedly focused on the prevention of moral disasters. Scandals such the US Public Health Service (PHS)’s Tuskegee syphilis experiments, which for decades observed the effects of untreated syphilis on the participants, most of whom were poor black sharecroppers, rightly spurred the broad establishment of a regulatory regime that emphasized the importance of preventing such severe harming and exploitation of the human subjects of research. Revelations in 2011 about a similarly horrific set of studies conducted by the PHS from 1946 to 1948 on sexually transmitted diseases has renewed this kind of concern, which has been strongly underlined in a recent report by the Presidential Commission for the Study of Ethical Issues. The regulations motivated by such abuses have established a two-pronged set of institutional protections well designed to make a recurrence of such horrors unlikely: (1) all plans (“protocols”) for research involving human subjects must be approved by “Institutional Review Boards” (United States) or “Research Ethics Committees” (elsewhere), and (2) ordinary consent to participate will not suffice; instead, subjects may be enrolled only if they give their “informed consent.” 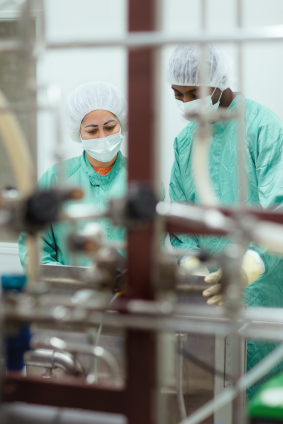 Important as this concern is and as valuable as these institutionalized responses are, they dominate thinking about the ethics of medical research so much that the result is unbalanced. In particular, the “helping people” side of morality, which philosophers label with the word “beneficence,” has been left undeveloped. The principles articulated in the Belmont Report, published in 1979 in response to the Tuskegee scandal by the National Commission for the Protection of Human Subjects of Biomedical and Behavioral Research, included beneficence, alongside respect for persons and justice, as one of its three guiding principles. In practice, however, the aspect of beneficence that has seen the fullest development, in this area, is that of non-maleficence — not hurting people — which many consider a principle distinct from that of beneficence.

This complaint of one-sidedness would be empty if there were not important ethical challenges for medical research involving human subject that arise from beneficence. Central among such challenges is the issue of researchers’ obligations to provide “ancillary care” — medical care that their research subjects need but that is not necessary to conducting worthwhile and sound research in a safe manner. The issue of ancillary care is important in all contexts of medical research, from research on neglected diseases in developing countries to the most advanced, high-tech medical research on genetics or imaging technologies at tertiary hospitals in the developed world. A researcher studying extremely drug-resistant tuberculosis in southern Africa may discover that one of her participants is HIV-positive. Does this researcher have any moral responsibility to help with this person’s HIV care? A genetics researcher working with banked DNA samples may discover a genetic anomaly that poses a dangerous threat that might be averted by clinical treatment. Does this researcher have any moral responsibility to communicate these results to a donor he has never met?

The medical research ethics community has been slow to recognize the challenge posed by the ancillary care issue, no doubt due in large part to that community’s focus on the prevention of moral disasters. The so-called “standard of care” debate regarding medical research in developing countries burst onto the scene with an article and an accompanying editorial in the New England Journal of Medicine in 1997. At issue was whether it was ethical to give only placebos to those in the control arms of studies in Africa intended to determine the effectiveness of shorter administrations of the drug AZT in controlling the transmission of HIV from mother to fetus, despite the fact that the effectiveness of longer, carefully monitored administrations of that same drug had already been proven effective. One would not do that in the United States, so how can it be acceptable to do that in Africa? This important issue lies at the cusp between beneficence and non-maleficence. Using the longer AZT treatment for the controls would have helped them. Yet the thinking about this issue did not break out of the non-maleficence box, for the dominant reasoning seems to be that since participation in medical research unavoidably involves some risk, it is morally wrong to subject people to that risk unless there is a sound scientific reason for it. Where it is already known that a treatment is effective, some special argument would have to be made to explain why one should compare the new, proposed treatment to placebo rather than to the proven treatment.

The standard-of-care debate rages on, addressing these and other complexities pertaining to the kind of care medical researchers owe to their subjects for the disease or condition under study. The ancillary care issue, by contrast, concerns questions about what medical care researchers may owe to their subjects for other medical needs that may arise during a study. Sometimes, clinical physicians enroll their own patients in research studies. In those cases, they owe these people a doctor’s full panoply of duties towards their patients — which may sometimes awkwardly conflict with these doctors’ obligations as researchers. If we confine our attention to medical researchers who enroll subjects who are not (otherwise) their patients, however, we might wonder why they owe them any special help. The enrollment transaction is not merely a consenting one, but one held to a much higher standard than is buying a car or signing up for a white-water rafting trip. Why can’t medical researchers just stipulate how much care they propose to provide for their subjects’ ancillary needs? In developing country settings, it is likely that the research team is automatically providing their subjects more clinical services than are usually available to them. Why think that the researchers might be specially obligated to do any more than that?

To answer these questions, one needs to understand how medical researchers become morally entangled with the lives and needs of their research subjects.

Henry S. Richardson is a Professor of Philosophy, Georgetown University. He is the author of Moral Entanglements: The Ancillary-Care Obligations of Medical Researchers and Democratic Autonomy. His next article for the OUPblog on how medical researchers become morally entangled will appear next week.

Should we fear death?