Since its creation in the summer of 1946, the Fulbright program has become the “flagship international educational exchange program” of the US government. Over the past 67 years, almost 320,000 students, scholars and teachers have traveled internationally as part of the program’s vast effort to improve mutual understanding between nations. Understandably, given the profound effect these experiences have had on the lives of grant recipients, the Fulbright is often seen as among the most liberal, generous, and benevolent international programs of the US state. Historian Arnold Toynbee spoke for many when he praised the program as “one of the really generous and imaginative things that have been done in the world since World War II.” But the origins of the Fulbright program suggest a rather different story — less heart-warming, but more interesting. 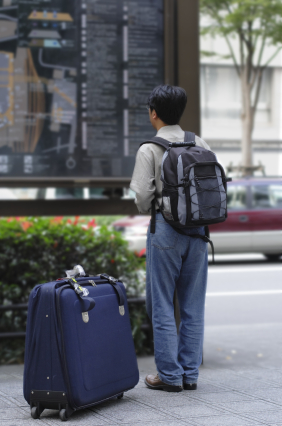 To begin with, the United States didn’t have to pay for the early Fulbright exchanges. Rather, foreign nations footed the bill. How did the United States pull this off? Surprisingly, it did so by taking advantage of its uniquely prosperous and productive economy in the waning stages of World War II. When the war came to an end, US military supply lines criss-crossed the world, and millions of different types of military material were scattered across the globe — trucks, tanks, food, tents, uniforms, radios. The US government at first thought the material was worthless because it was difficult to transport and guard, it was deteriorating in the elements, and war-ravaged foreign nations couldn’t afford to purchase it.

But rather than abandon this surplus military material, government administrators decided they could trade it to foreign nations in exchange for what they called ‘intangible benefits’ — treaty concessions, embassy lands, and, importantly, the funding of educational exchange programs. What we think of as the ‘Fulbright bill’ was actually an amendment to the Surplus Property Act of 1944, allowing the State Department to make these kinds of trades. So the funding of the Fulbright program was less an act of American generosity than what one contemporary commentator called “an ingenious piece of higher mathematics…[that] found a way to finance out of the sale of war junk a world wide system of American scholarships.” Rotting food and rusting trucks, not the largesse of the American government, created the Fulbright program. As one congressman noted approvingly in 1946, the Fulbright program “does not cost us a cent.”

If the economics of the Fulbright served American interests, early administrators of the program also assumed that educational exchange would redound to the benefit of America. These administrators thought that the experience of living and studying in America would have a profound impact on foreigners. In fact, they were worried that younger students might become so enamored of America that they would return home as “misfits unable to readjust to their native cultures.” Fulbright grants were therefore limited to presumably more mature and level-headed graduate students. Still, the experience of studying in America was supposed to convert foreigners to the American way of life. Senator J. William Fulbright, for instance, praised a Columbia-educated Turkish politician because “his mind is like a channel, open and sympathetic” through which American ideas could be transmitted to the people of Turkey. In a similarly revealing flight of rhetorical fancy, Fulbright also imagined “what a fine thing it would be if Mr. Stalin or Mr Molotov could have gone…to Columbia College in their youth.” Advocates of cultural exchange were so confident in the power of the American experience that even a young Stalin would have become a convert.

There was little worry, on the other hand, that American students and scholars going abroad would become seduced by foreign ways of life. Rather, upon their return home American Fulbrighters were expected to become a national asset, familiar with foreign nations and peoples. And they would return, as one administrator put it, “with a deeper appreciation of our own institutions and our way of life.” Like Dorothy, Americans would travel far only to find that there truly was no place like home.

The Fulbright program, in other words, was underpinned by a contradictory understanding of educational exchange. While foreigners in the United States would absorb American culture, Americans abroad would spread American culture. There was no coherent model of acculturation or cultural exchange underpinning the program. Rather, the apparent contradiction was resolved by administrators’ unspoken faith in the power of American culture to transform the world without itself being transformed. Beneath the rhetoric of “mutual exchange and understanding” the cultural exchanges of the Fulbright program were expected to be one-way streets.

Of course, educational exchange wouldn’t end up working exactly as these administrators imagined. Individual students, scholars, and teachers have had a multitude of different experiences while funded by the program — experiences that were far more complex, varied, and interesting. And with the rise of the Cold War propaganda struggle with the USSR, the American state would begin to fund an expanded Fulbright program directly.

Still, the expectations of early Fulbright administrators are important, because their nationalist assumptions remind us that the program was created in a moment of supreme American self-confidence. For all the good the program has done in the world, it was intended to serve very particular American interests in the late 1940s: to dispose of surplus military material as profitably as possible, and to facilitate the spread of American culture. We can only hope that the program will survive the current moment of national uncertainty and fiscal belt-tightening. Then, perhaps, we might be able to start talking about acts of generosity.

Sam Lebovic is an Assistant Professor of History at George Mason University. He is the author of “From War Junk to Educational Exchange: The World War II Origins of the Fulbright Program and the Foundations of American Cultural Globalism, 1945–50” in Diplomatic History, which is available to read for free for a limited time. He is currently completing his first book, a history of American press freedom from the rise of the modern First Amendment in 1919 until the crises of Watergate and the Pentagon Papers.

As the principal journal devoted to the history of U.S. diplomacy, foreign relations, and security issues, Diplomatic History examines issues from the colonial period to the present in a global and comparative context. The journal offers a variety of perspectives on the economic, strategic, cultural, racial, and ideological aspects of the United States in the world.