There is nothing that complicated about the Edward Snowden case, but it does involve several overlapping areas of law, international and domestic, and commentators seem to assume there is some sort of accepted hierarchy. The starting point is that he is accused of violating some US domestic criminal law by revealing the activities of the US security service’s surveillance operations as a consequence of prior employment for a contractor to the NSA. When his disclosures came to light, he was in the Hong Kong Special Administrative Region. It is at this point that the complexity of the overlapping legal regimes first generated confusion. The allegation of criminal activity prompted the United States to seek his extradition; Edward Snowden started to explore the possibility of seeking asylum to avoid prosecution in the United States. The processes were parallel, but distinct.

The easiest aspect of the confusion to remedy is that relating to asylum. International law does not grant a right to asylum, but at best Article 14 of the Universal Declaration of Human Rights (UDHR) — not legally binding in and of itself — provides for a right to seek and enjoy asylum. Indeed, while much of the UDHR was incorporated in the legally binding International Covenants on Economic, Social and Cultural Rights, and Civil and Political Rights, Article 14 made it into neither, so only if it has achieved customary status can one find a binding obligation to allow him to even seek asylum. Asylum itself is in the grant of the state and depends on domestic laws and procedures.

There are multiple extradition aspects to this case. First, extradition generally requires some form of agreement between the requesting and requested states, initially between the US and the HKSAR and now Russia. There is an extradition arrangement with HKSAR in force since 1998, but none with Russia. Moreover, if he were to be offered asylum, there would be nothing to stop the US filing a request with that state if there was some form of agreement between them. Extradition arrangements are specific to each agreement, but there are some generic concepts, such as extradition crimes, double criminality, and the political offence exception. 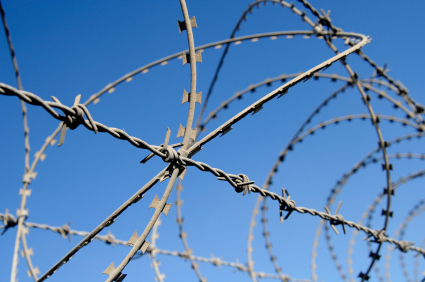 In Edward Snowden’s case, those three elements raise some particular issues. It is beyond the scope of this piece to explore the domestic US law he might have violated, but the facts and offences would have to be criminalized under the law of the requested state as much as the US before extradition could be permitted. Moreover, extradition treaties generally exempt from surrender those accused of offences of a political character. Courts in different countries have interpreted the political offence in different ways, but it is never enough to have a political motivation. Further, while espionage (if that is indeed what Edward Snowden is alleged to have committed) may seem the archetypal political offence, it has received a mixed reception in the courts depending in part, according to some case law, on whether he might have gained any financial benefits. Finally, more modern extradition treaties often include human rights guarantees such that surrender cannot be granted to the requesting state, the US, if the alleged fugitive’s rights would be violated. While the extremes of the Bush regime’s activities in Guantànamo are not something Edward Snowden need fear, the requested state might feel the need to impose conditions on the type and maximum length of any prison sentence following a conviction. The United States does not allow individuals to petition for international review of its domestic decisions, so the onus is on the requested state to establish such protection in advance (see Judge v Canada).

Extradition and deportation are two different processes, although both remove an individual from a state. In the latter case, however, the domestic immigration law simply requires a non-national to depart and there need be no required destination, except that only the state of nationality has an obligation to receive anyone in normal circumstances and Edward Snowden is still a US national. One area of law that does affect deportation is international refugee law under the 1951 Convention Relating to the Status of Refugees and its 1967 Protocol. Refugees cannot be subjected to refoulement to the frontiers of a territory where their life or freedom would be threatened. However, to be a refugee, the applicant has to have a well-founded fear of persecution for one of five grounds, including political opinion, and Edward Snowden does not fear persecution, rather prosecution. The law itself is not persecutory and is not being applied only because he is in political disagreement with the surveillance procedures. Furthermore, Article 1F of the 1951 Convention excludes from refugee status those with respect to whom there are serious reasons for considering that they have committed a serious non-political crime, but that would just rehearse the earlier debates on political offences.

Finally, one comes to the issue of asylum. Asylum is in the grant of the state. Ordinarily one seeks it on the territory of the relevant country, although states in Central and South America accept applications in their embassies. The Julian Assange case shows that Ecuador, at least, applies that outside the region. So far, Nicaragua, Venezuela, and Bolivia have offered Edward Snowden asylum if he can get there from Moscow. States are at liberty to let anyone they please in to their territory. It can be presumed that if they grant him asylum, they would not extradite him to the US if they received a request; all three states have extradition arrangements with the US. However, all three are democracies and a subsequent government may not feel obliged to respect that grant. Cesare Battisti had been given asylum in France, but when the Sarkozy regime threatened to send him back to Italy, he ended up fleeing to Brazil where his eventual protection depended on the President, not the courts.

Geoff Gilbert is a Professor and Head of School in the School of Law and Human Rights Centre at the University of Essex. He has been Editor-In-Chief of the International Journal of Refugee Law (Oxford University Press) since 2002. He was founding Director of Studies for the Thematic Refugees and Human Rights Course from 2005-2007 with the UNHCR; Director of the Organization for Security and Co-operation in Europe (OSCE) training program for judges on combating torture in Serbia and Montenegro; and Special Adviser to the Parliamentary Joint Committee on Human Rights on the ‘Treatment of Asylum Seekers, 2006-07’.

The International Journal of Refugee Law serves as an essential tool for all engaged in the protection of refugees and finding solutions to their problems. It regularly provides key information and commentary on today’s critical issues, including: the causes of refugee and related movements, internal displacement, the particular situation of women and refugee children, the human rights dimension, restrictive policies, asylum and determination procedures, populations at risk, and the conditions in different countries.