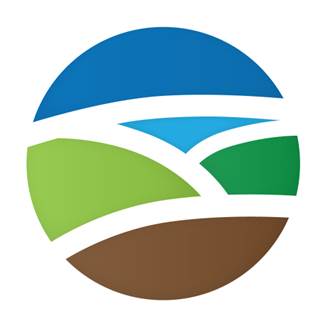 
Wildlife physiology—the study of the inner workings of an animal’s body, such as its reproductive hormones, stress responses, fat reserves, and much more—has historically depended heavily on the ability to capture an animal, assess its body condition, obtain a blood sample, and release the animal unharmed for further study. For almost all animal species, this is possible. Species ranging from elephants to tiny birds can be safely captured, restrained, anesthetized if need be, a blood sample taken, and subsequently released. This traditional “capture-and-sample” approach has been the basis of almost all studies of wildlife physiology. But there is one frustrating exception: large whales.

The large whales, or “great whales” as they’re sometimes called, include most baleen whales (blue, fin, sei, humpback, grey, right, bowhead, and several more) and also one toothed species, the sperm whale. Perhaps no group of mammals on earth is as difficult to study. They spend most of their time below the water surface, they are difficult to find, and difficult to follow. They are too large to be kept in captivity. Perhaps most frustrating for physiology studies, there is simply no practical method of capturing a large whale alive to perform basic measurements or to get a blood sample. This has had profound consequences for our knowledge of whale physiology. It is difficult even to tell if a female is pregnant; it’s difficult to tell whether an whale might be highly stressed, or dangerously thin, or whether it has an infectious disease. It’s sometimes difficult even to determine an individual’s sex.

Such physiological information is of more than academic interest. Many whale populations are endangered, and few have fully recovered from the era of commercial whaling. Virtually all whale populations today are increasingly affected by a variety of human impacts that include global climate change (along with associated changes in prey base and in polar ice cover), chronic noise exposure (for example, from seismic exploration, commercial shipping, or military sonar), contaminant exposure, vessel strikes, fishing gear entanglement and more. Many of these factors can cause detrimental physiological effects, such as chronic elevations in stress hormones, reductions in the percentage of females that cycle or that become pregnant, and increased vulnerability to infectious disease. Without the classic capture-and-sampling tools to study these physiological effects, it has been very difficult to study the conservation impacts of human disturbance on large whales.

Fortunately, marine mammal researchers are a persistent and creative lot. Over the past two decades, the marine mammal research community has devised a variety of inventive methods to tease bits of physiological information from large whales without the need to capture them. In a review paper that I and my colleagues have recently published in the new open-access journal Conservation Physiology, we describe four types of “alternative” samples that can yield valuable physiological information from large whales: photographic analysis, biopsy dart samples, fecal sample, and respiratory samples.

Photographs and biopsy darts have long been used in whale research, but are increasingly being used in novel ways. Rigorous quantitative analysis of lateral and overhead photographs is providing information on body outline (reflecting blubber stores), skin condition, and rates of vessel strike injuries and net entanglement. Biopsy samples (small skin-and-blubber samples obtained with a crossbow dart) are often used for genetic studies and contaminant measures, and now are also being analyzed with new techniques that can yield information on reproduction, immune response and stress exposure. Examples include pregnancy diagnosis via progesterone levels in the blubber, and analysis of stress-associated proteins obtained from skin cells.

The two other sample methods, fecal sample analysis and respiratory vapor analysis, are relatively novel. Both these sample types are “left behind” by the whale, freely released to the environment and available to any researcher who can devise some way of scooping them up. Collection methods have been quite creative, ranging from remote-control helicopters that fly over exhaling whales to specially trained scat-sniffing dogs that stand on the bow of a boat and sniff out floating fecal samples. Both types of samples are turning out to be very informative. For example, a long-term study on fecal samples from North Atlantic right whales has demonstrated that feces contain reproductive hormones that correlate very well with the animal’s gender, age (immature vs mature) and reproductive state (e.g. pregnant vs. lactating), as well as stress-associated hormones that correlate significantly with exposure to environmental stressors such as shipping noise. Respiratory vapor analysis is a newer technique and is still in its infancy, but early reports indicate that respiratory samples (or “blow samples”, as they are often called) probably contain a huge variety of measurable compounds, including many hormones, immune-related peptides, DNA, respiratory microbes, and more. Studies on human breath suggest that mammalian respiratory samples may contain almost everything that is in a blood sample¬—just at much lower concentrations. To date, blow samples have been collected successfully from several species of large whales, including North Atlantic right whales, humpback whales, and gray whales, and further studies are underway to optimize the collection techniques and refine the analytic methods.

Further research and development of all four of these sampling approaches—fecal samples, respiratory samples, biopsy dart samples, and photographs—has the potential to revolutionize studies of large whale physiology. It may at last be possible to study the inner biology of these elusive, magnificent animals without ever having to capture them.

Dr. Kathleen E. Hunt is a Research Scientist at the New England Aquarium, Boston. Her projects include fecal hormone analysis and respiratory vapor analysis of right whales and humpback whales, stress physiology of sea turtles, and effects of climate change on bowhead whales and Arctic birds. She is a co-author of the paper ‘Overcoming the challenges of studying conservation physiology in large whales: a review of available methods’, which is published in the journal Conservation Physiology.

Conservation Physiology is an online only, fully open access journal published on behalf of the Society for Experimental Biology. Biodiversity across the globe faces a growing number of threats associated with human activities. Conservation Physiology publishes research on all taxa (microbes, plants, and animals) focused on understanding and predicting how organisms, populations, ecosystems, and natural resources respond to environmental change and stressors.