By Jan Dumolyn and Jelle Haemers

How subversive was the speech of Flemish rebels in the later Middle Ages? Violence remained the exception in urban rebellions, whereas subversive utterances, though always risky, must have been almost the rule of daily politics in the urban centres of late medieval Flanders and in many other European towns and cities as well. Quoted below, you can find five of the most popular expressions of urban rebels in Flanders. Naive at first sight, they contain however hidden messages for those who were shouted at.

1. ‘A bad chicken was brooding’ (een quaet kiekin broedde; Ypres, 1477) was a common proverb in the Middle Ages. It meant that wicked people were hatching a malicious plan. They ‘were brooding on’ subversive plans that had to remain hidden from the authorities, until they could take action and openly call for a strike in the textile industry. Testimonies of Flemish rebels not only show that they planned their political actions in clandestine meetings, but also that even groups completely excluded from political power, as the young apprentices of the Flemish textile guilds, commonly exchanged dangerous political ideas amongst themselves without the initial knowledge of the urban rulers or the deans and masters of their guilds. When these bad eggs were hatched, subversive speech could pose a serious threat to the authorities. 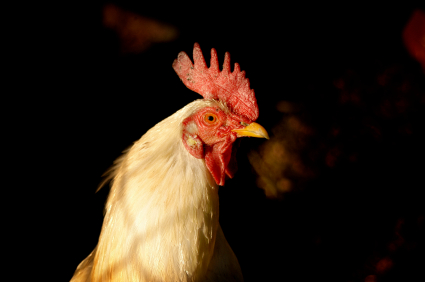 2. ‘Son of a b*tch’ (hoerezuene; Bruges, 1478). Such vulgar language was not used only by rebels, as it seems to have been quite common in all social layers in town. Anyway, as today, one of the most common metaphors used to describe the strengths and weaknesses of opponents in past societies involved sexuality. Insulters targeted men and women with references to their (alleged) sexual excesses and unreliability. Furthermore, a victim’s descent was called into question when an insulter called him or her a ‘b*stard’ or a ‘son of a b*tch’. Power and status depended not only on behaviour, but also on membership in an important family through birth or marriage. Both aspects came under pressure if a man or woman was labelled as an illegitimate child, because in Flanders ‘b*stards’ had no legal rights unless the sovereign legitimized them.

3. ‘I sh*t on you’ (ic schyte in ulieden; Bruges, 1527). In 1527, the fishmonger Thomas Haghebaert had shouted to the dean and the sworn men of his guild ‘I have nothing to do with you or with the magistrate. I sh*t on you and on the aldermen and on all those who think they can harm me!’ He was exiled as well, a heavy punishment for a serious crime. More than just social status and reputation were at stake when Thomas threatened his superiors with these ‘faecal insults’. He was also challenging their legal authority. Therefore, this ‘indecent language’, as it was called in the final verdict of Thomas, not only wanted to dishonour the chiefs of the guild, as the main purpose of the defamation was to destabilize the political authority of rulers and privileged social groups.

4. ‘Liver eater’ (levereter; Ghent, 1432). This offensive term was generally aimed at corrupt officers or aldermen. The term was linked to ‘organologic’ views which compared the city with a body that could be harmed by the corrupt acts of individuals. In this case, according to rebel ideology, people who ate the ‘liver’ of the city damaged the most important part of its ‘body politic’. Medieval medicine saw the liver as the source of all necessary body fluids, but medical models aside, the basic idea of eating one’s liver is expressive enough. By accusing someone of this severe crime, rebels legitimated the punishment of those who were accused of corruption, as they claimed that it was a necessary action to cure ‘a wounded town’.

5. ‘Kill! Kill!’ (slaet doot, slaet doot; Bruges, 1477). The rhythmic structure of the Middle Dutch text, and of several other similar examples, shows that it was meant to be chanted or sung. If a mob of thousands was shouting such phrases unisono, this would obviously have an extremely intimidating effect on the aldermen hiding in the city hall. Using a rhetoric of violence targeted at the moral failings of rulers, these shouted slogans did not attack the urban government as a whole, but just those who had failed to fulfil their proper role as good governors. Rebels sought to hold up the mirror to magistrates, asking them to correct their faults and remedy the particular grievance that lay at the heart of the protest. Rebels did perhaps not fully understand what the ‘bad practices’ were that they were referring to when they collectively shouted similar slogans in public during times of commotion, but they certainly did know what was at stake and why they shouted it.

Jan Dumolyn is a lecturer in medieval history (with special research assignment) at Ghent University. He publishes on the social, political and cultural history of the later medieval Low Countries. Trained as an urban historian, Jelle Haemers wrote his first book on the Ghent revolt of 1449-53. In recent years his research interests have widened to encompass other kinds of social and political conflicts in the late medieval town, notably in the Low Countries (1100-1600). Their recent article in Past and Present — “‘A Bad Chicken was Brooding’: Subversive Speech in Late Medieval Flanders” — is available to read for free for a limited time.

Founded in 1952, Past & Present is widely acknowledged to be the liveliest and most stimulating historical journal in the English-speaking world.

Sexuality and the Holocaust

Translanguaging and Code-Switching: what’s the difference?