The World of Jack the Ripper

Many people are puzzled by the phenomenon of ripperology. What kind of person has a grim fascination with a serial killer famous for not getting caught? For me, and many fellow ripperologists, the appeal is not Jack per se, but the atmosphere of Whitechapel in the 1880s. The case is a window into a forgotten world and one that shows us how that world was experienced by the common man. Not for us the elegant homes and horse-drawn carriages. We want the daily grind, the sweat, and the muddy streets. This is why it is easy to distinguish between the casual and serious ripperologist; the latter will baulk at the slightest mention of a Royal conspiracy. 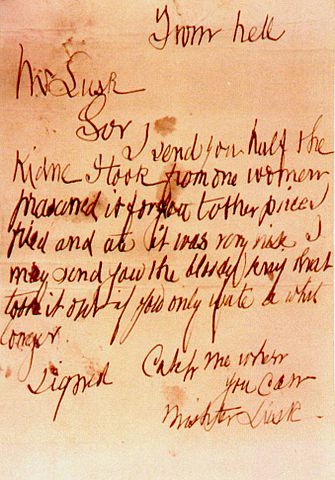 No, the far more interesting case, the one worth exploring, involves normal men and women and a society ill-at-ease with itself. The case of Emma Smith is illustrative. Smith is not considered a canonical victim, but her murder is certainly indicative of how normalised street violence was at the time. In many ways, the Ripper case is the first time that knife-crime become fodder for sensationalist media coverage. It had long existed, as we will see in Smith’s case, and it always had an obvious motivation: robbery, sexual assault, or drunkenness. This is why Jack is so startling: he is the first recorded serial killer without any discernible motivation beyond the impulse to take lives.

Turning up the heat

Smith can be said to mark the first escalation of violence in what became known as the ‘autumn of terror’ (31 August 1888 – 9 November 1888). Smith was murdered in what appears to have been an especially vicious mugging on April 3rd, 1888. She was relieved of her possessions, sexually assaulted, and beaten, but her attackers did not seem to have set out to kill her. She lived long enough to describe them as a gang and this piece of information is usually considered sufficient to make her case non-canonical. In the canonical cases, with one exception, witnesses claimed to have seen Jack alone with his victim — assuming, that is, they had seen him at all. Even in the sole witness account where we have more than one perpetrator, that of Israel Schwartz in the case of Elizabeth Stride, we are told of a second man and not of a gang.

However, Smith was certainly the victim of a new tendency for extreme violence in the Whitechapel area. The gang that targeted Smith was nothing new. Gangs often extorted money from prostitutes, but they rarely needed to act out their threats. It is possible that Jack gained a taste for violence as part of this gang. Perhaps his fellow gang-members disassociated from him upon realising he was more sadistic than they. However, this goes against our best psychological profiles. Serial killers are, almost always, loners and certainly not known for their ability to co-operate with others.

The Streets of Whitechapel

Smith was attacked, like many women in her trade, as she left one of the many local pubs populated by the working-poor of London. She may very well have found herself, like the canonical Ripper victims, in the dangerous situation of needing to recuperate the money she had spent boozing. Money was needed for a bed at one of the local doss-houses. The easiest way to do this was street prostitution and this took place in the early hours of the morning. This entailed hanging around pitch-black streets; street lamps being rare and sparse. The same can be said of the rag-tag police-force that patrolled the area in predictable beat patrols. These patterns were well-known to the local criminals and easily identified by anyone with a desire to avoid them. 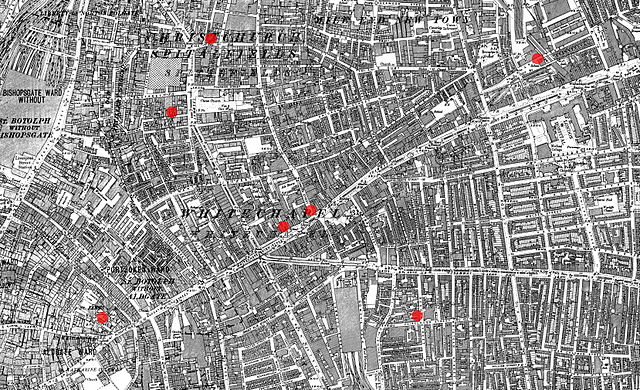 Despite the darkness Whitechapel and surrounding areas were never entirely empty. Between the late-night drinking culture and the early morning trade-culture there was constant movement. This helps explain why the Ripper would have been able to stalk the streets with relative ease. Even blood-stained hands clasping a knife would not have raised an eyebrow. After all, a butcher rises early. Even when hysteria concerning the Ripper was at its height he was able to rely on these facts. Coupled with police inexperience with such cases, including a lack of forensics, and it becomes easier to understand how he slipped their net.

It is worth remembering that the first ever crime-scene photo was taken at the scene of his final murder — that of Mary Kelly (9 November 1888). Then the murders stopped. Time was catching up with Jack. We never hear from him again. His legacy, however, remains with us. Only these days he would likely have been caught.

Paul J. Ennis is a writer based in Dublin. He is the author of Continental Realism (Zero Books, 2011).

The journalist who created Jack the Ripper

What can neuroscience tell us about the mind of a serial killer?