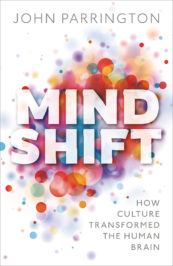 Serial killers—people who repeatedly murder others—provoke revulsion but also a certain amount of fascination in the general public. But what can modern psychology and neuroscience tell us about what might be going on inside the head of such individuals?

Serial killers characteristically lack empathy for others, coupled with an apparent absence of guilt about their actions. At the same time, many can be superficially charming, allowing them to lure potential victims into their web of destruction. One explanation for such cognitive dissonance is that serial killers are individuals in whom two minds co-exist—one a rational self, able to successfully navigate the intricacies of acceptable social behaviour and even charm and seduce, the other a far more sinister self, capable of the most unspeakable and violent acts against others. This view has been a powerful stimulus in fictional portrayals ranging from Dr Jekyll and Mr Hyde, to Hitchcock’s Psycho, and a more recent film, Split. Yet there is little evidence that real-life serial killers suffer from dissociative identity disorder (DID), in which an individual has two or more personalities cohabiting in their mind, apparently unaware of each other.

Instead, DID is a condition more associated with victims, rather than perpetrators, of abuse, who adopt multiple personalities as a way of coming to terms with the horrors they have encountered. Of course a perpetrator of abuse may also be a victim, and many serial killers were abused as children, but in general they appear not to be split personalities, but rather people conscious of their acts. Despite this, there is surely a dichotomy in the minds of such individuals perhaps best personified by US killer Ted Bundy, who was a “charming, handsome, successful individual [yet also] a sadist, necrophile, rapist, and murderer with zero remorse who took pride in his ability to successfully kill and evade capture.”

One puzzling aspect of serial killers’ minds is the fact that they appear to lack—or can override—the emotional responses that in other people allows us to identify the pain and suffering of other humans as similar to our own, and empathise with that suffering. A possible explanation of this deficit was identified in a recent brain imaging study. This showed that criminal psychopaths had decreased connectivity between the amygdala—a brain region that processes negative stimuli and those that give rise to fearful reactions—and the prefrontal cortex, which interprets responses from the amygdala. When connectivity between these two regions is low, processing of negative stimuli in the amygdala does not translate into any strongly felt negative emotions. This may explain why criminal psychopaths do not feel guilty about their actions, or sad when their victims suffer.

Yet serial killers also seem to possess an enhanced emotional drive that leads to an urge to hurt and kill other human beings. This apparent contradiction in emotional responses still needs to be explained at a neurological level. At the same time, we should not ignore social influences as important factors in the development of such contradictory impulses. It seems possible that serial killers have somehow learned to view their victims as purely an object to be abused, or even an assembly of unconnected parts. This might explain why some killers have sex with dead victims, or even turn their bodies into objects of utility or decoration, but it does not explain why they seem so driven to hurt and kill their victims. One explanation for the latter phenomenon is that many serial killers are insecure individuals who feel compelled to kill due to a morbid fear of rejection. In many cases, the fear of rejection seems to result from having been abandoned or abused by a parent. Such fear may compel a fledgling serial killer to want to eliminate any objects of their affections. They may come to believe that by destroying the person they desire, they can eliminate the possibility of being abandoned, humiliated, or otherwise hurt, as they were in childhood.

Serial killers also appear to lack a sense of social conscience. Through our parents, siblings, teachers, peers, and other individuals who influence us as we grow up, we learn to distinguish right from wrong. It is this that inhibits us from engaging in anti-social behaviour. Yet serial killers seem to feel they are exempt from the most important social sanction of all—not taking another person’s life. For instance, Richard Ramirez, named the “Night Stalker” by the media, claimed at his trial that “you don’t understand me. You are not expected to. You are not capable of it. I am beyond your experience. I am beyond good and evil … I don’t believe in the hypocritical, moralistic dogma of this so-called civilized society.”

It remains far from clear why a few people react to abuse or trauma at an earlier stage in their lives by later becoming a serial killer. But hopefully new insights into the psychological or neurological basis of their actions may in the future help us to identify potential future such killers and dissuade them from committing such horrendous crimes.

John Parrington is an Associate Professor in Molecular and Cellular Pharmacology at the University of Oxford, and a Tutorial Fellow in Medicine at Worcester College, Oxford. His latest book, Mind Shift (OUP, 2021), draws on the latest research on the human brain to show how it differs strikingly from those of other animals in its structure and function at a molecular and cellular level.