Word Origins And How We Know Them: Etymology for Everyone

American schools dance nonstop. A wild display of “flailing arms and wriggling torsos,” known as the Harlem Shake, is the latest addition to our civilization. High school “kids” writhe eel-like on the floor, chairs, and tables, fall, sometimes break arms and legs, and have fun, which is the unassailable backbone of our educational system. At some places, teachers and principals dance with the kids and thus double the amount of fun. Elsewhere, administrators take measures against this activity (for fear of self-mutilation) and are severely criticized for impinging on their students’ freedom. Englishmen never will be slaves. Neither will Americans. As a student of history, I am familiar with Greek maenads (those were so-called mountain dancers killing strong animals with their hands and eating their victims’ raw flesh, women inspired to ecstatic frenzy by Dionysus) and with medieval dancing manias. I would be happy to offer an essay titled “Today We Are All Greeks” or “Hippety Hop to St. Vitus.” However, this blog is about etymology, not about events or mores. That is why I decided to write a post on the word dance. In Romance philology, its obscurity is second only to that of French aller “go” and trouver “find,” if obscurity can be measured by the number of publications that produce lots of data without definitive results. Engl. dance is of course from French. The question is how the corresponding verb and noun appeared in the Romance languages. 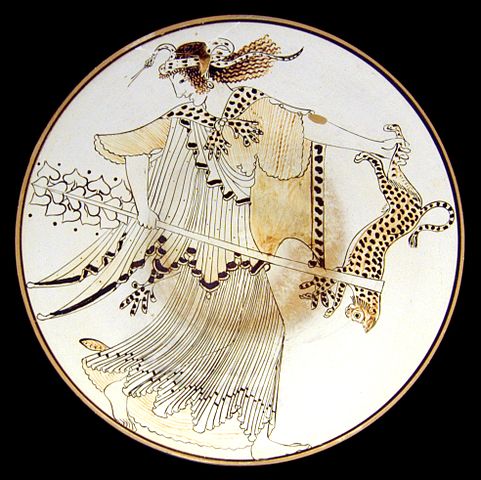 Latin provides no help because no similar word meaning “dance” turned up in it. The difficulty in reconstructing the etymon of any word for “dance” consists in that dancing is associated with various types of movement: shaking, twisting, whirling, walking around in a group, stamping, or jumping. It can but does not always accompany merriment and jubilation. For instance, Latin salire meant “dance,” while its frequentative form saltare meant “leap” (compare Engl. saltation and somersault). Some of the older Germanic verbs for “dance” were Old Engl. tumbian (still recognizable from tumble; it migrated to the Romance speaking lands, and in French it ended up as tomber “to fall”), hoppian (obviously, today’s hop), and sealtian, a borrowing of saltare. In other lands, “dance” merged with “play”: so in Old High Germen (spilan, Modern German spielen) and Gothic (laikan, as opposed to Old Icelandic leika “play”). Lacan, the Old English cognate of laikan, survived in dialects and is often believed to be the source of lark “frolic.” Considering that “dance” is invariably a metaphorical sense, the search for the original meaning looks like wandering in a desert.

To complicate matters, the word for “dance,” as we have already seen, may be borrowed. The Goths, whose Germanic language we know only from a fourth-century translation of the Bible, had laikan but, not content with that piece of native vocabulary, appropriated its Slavic synonym (hence Gothic plinsjan). Since dance is current in both Germanic and Romance, it must have arisen in one area and spread to the other. As could be expected, two schools exist. One posits the way from Germanic to Romance, the other from Romance to Germanic. While dealing with loanwords, especially when they reflect customs and material culture, it is always important to ask why they were taken over. Some dances are “popular,” the enjoyment of common people; others accompany religious festivals, secret rites, and all kinds of ceremonies. Perhaps laikan belonged to the first group, while plinsjan, because of its foreign provenance (or provenience, as they said in the nineteenth century), sounded more dignified (mere guesswork). Many good dictionaries say that the Romance offshoots of Latin ballare “to dance” (a very late borrowing of a Greek verb; compare Engl. ball, from French) belonged to the more solemn sphere, while dansare (assuming there was such a verb) tended to be popular, but some recent investigations do not confirm this conclusion. This leaves us ignorant of the circumstances in which one culture took over dance from the other.

Here are the Latin words that have been proposed as the etymons of dansare, the reconstructed progenitor of Old French dance (note that c in it was pronounced as ts, in distinction from s, as in Modern French danse). Densare “thicken, close up” (compare Engl. dense); *demptiare (the asterisk designates a form not attested in texts), the putative source of demerere “to deserve”; *dentiare “supply with teeth,” derived from dens “tooth” (pure fiction); *de–ante–are “to step forward”; *dantia, a noun formed from dare “give”; cadentia, from cadere “to fall,” and rotantiare “walk in circles” (rota “wheel”; compare Engl. rotate). Even an unprofessional look at that list will tell us how little any of the words in it makes the impression of a convincing etymon of dansare. Rotantiare provides the best semantic match, but great phonetic leaps are needed for it to yield the desired form, while de-ante-are is supported only by the existence of two or even one similar form (ab-ante-are, as in French avancier “advance”).

Before examining the Germanic hypothesis, a short interlude is in order. It would be wonderful if we could forget all the asterisked forms and explain dance as a sound imitative word. The siren of onomatopoeia tempts us most when we deal with obscure verbs of movement, such as dandle and dangle, to cite two of them beginning with the letter d. Hensleigh Wedgwood (the most influential predecessor of Walter W. Skeat), who generously assigned sound symbolic origins to the words of various languages, said that dance “undoubtedly” arose with the sense “stamp.” I cannot resist the temptation to repeat for the umpteenth time that, whenever an etymologist says undoubtedly or certainly about a difficult word, he (and she) is probably wrong. Wedgwood cited Swedish dunsa “fall heavily” and a few other Scandinavian verbs that go back to the word for “noise,” as does Engl. din. But we do not know whether our story began with stamping and stomping, especially because later dance, whatever its antecedents, did designate an entertainment of courtly culture. We are not told how and from where the Germanic verb spread to Romance. Old Engl. dynian and its West Germanic cognates meant only “roar, rumble.” Their Scandinavian siblings also mainly refer to a loud noise. Apparently, Wedgwood did not show us the way.

The most favored Germanic etymon of dansare has been Old High German danson “pull.” The sense is again uninspiring, and, as noted, after n we need a consonant that sounded like ts, not like s. Numerous old dictionaries gave danson in the entries on dance. They should not be trusted; at least they should not be trusted unconditionally. Germanic confronts us with another difficulty. The German for “dance” is tanzen. Engl. d corresponds to German t only in very old words, for example Engl. do ~ German tun. But neither the Romance nor the Germanic forms for dance predate the twelfth and the thirteenth century. At that time, we could have expected German danzen. I will not go into detail and only state that the explanation of the d ~ t trouble given in German dictionaries carries little conviction. However, the idea that tanzen is a truly ancient word is even less persuasive.

I am sorry that at the end of the way we have only a series of riddles. Even with regard to the Romance area the traditional view that the word spread to Italian, Spanish, and Portuguese from French may be wrong. We have dealt with the noun and the verb, without making distinctions between them, but it remains unclear which came first. Intuitively, it seems that dance is a Romance rather than a Germanic word. Yet one cannot help wondering why its root proved to be so evasive. Also, intuition is an unsafe guide to etymology. The moral of the story is that dancing the Harlem Shake takes at least as much energy as finding the etymon of the word dance.

Subscribe to Anatoly Liberman’s weekly etymology posts via email or RSS.
Subscribe to the OUPblog via email or RSS.
Image credit: Furious maenad. She holds a thyrsus in her right hand and with her left hand shakes a panther in the air. A whistling snake is rolled up over her head like a diadem. Tondo of an Attic white-ground kylix, 490–480 BC. From Vulci. Brygos Painter. Staatliche Antikensammlungen. Beazley, ARV2, 371, 15. Public domain via Wikimedia Commons.