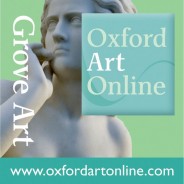 Learn more about Renaissance art, Michelangelo, and the popes mentioned here at at Oxford Art Online, which offers access to the most authoritative, inclusive, and easily searchable online art resources available today. Through a single, elegant gateway users can access—and simultaneously cross-search—an expanding range of Oxford’s acclaimed art reference works: Grove Art Online, the Benezit Dictionary of Artists, the Encyclopedia of Aesthetics, The Oxford Companion to Western Art, and The Concise Oxford Dictionary of Art Terms, as well as many specially commissioned articles available exclusively online.

Today marks the 500th anniversary of the dedication of Michelangelo’s magnificent Sistine Ceiling on the vigil of All Saints’ Day (otherwise known as Halloween) in 1512. The anniversary comes at a time of growing debate about whether the Vatican should impose limits on who can enter the chapel and how. While some argue that a visit to the chapel is now an “unimaginable disaster” and “more like a packed, sweaty, and very noisy railway station” than one of the grandest expressions of Christian theology and incomparable masterpieces of the Italian Renaissance, Vatican officials, at least for now, promise to keep the chapel open to the tens of thousands of visitors who visit the site each day.

Despite the crowds, seeing the chapel in person is an experience not to be missed. With some perseverance and planning, visitors can tune out the din and take in the sublimely painted Judeo-Christian history from Creation through Second Coming on its ceiling and walls. The patient visitor will be rewarded with a seat on one of the benches that line the walls and dividing screen, known as the cancellata, in the front portion of the chapel. After sliding in to a recently vacated spot, the spectator can use binoculars or a small mirror held to the bridge of the nose to enhance viewing pleasure. As one’s eyes become accustomed to the dimly lit interior, the spectacularly clear colors — revealed after carefully executed cleaning in the latter part of the twentieth century — begin to glow from the vault and walls.

Dedicated on the Feast of the Assumption in 1483 by Pope Sixtus IV, for whom the chapel is named, the Sistine was built to serve as the palace chapel for the popes and continues to be the place where the College of Cardinals meets to select a new pope. The original decoration, painted in fresco by a group of artists from Tuscany led by Pietro Perugino, focuses on the twin biographies of Moses and Jesus. It follows the Roman precedent of pairing Old and New Testament stories on opposite walls of church interiors like the basilicas of Old St. Peter’s, St. Paul’s Outside the Walls, and Santa Maria Maggiore. In the Sistine, Moses and Jesus complement each other as teachers, lawgivers, and priests, with Moses representing the Era of the Law and Jesus, the Era of Grace. Standing portraits of the first twenty-eight popes appear in fictive niches above the biblical narrative to suggest a continuum of leadership from Moses to Jesus to Peter and his papal successors. (The first four portraits, along with the first two narratives and original altarpiece, were later destroyed when Michelangelo prepared the altar wall to create his Last Judgment.) Inscriptions over each narrative underscore this clear message of papal authority and primacy.

In the early sixteenth century, settling foundations caused cracks to appear in the chapel vault, which had been simply painted with a blue, starry sky in the original project. Uninterested in mere repairs, Pope Julius II, nephew to Sixtus, commissioned Michelangelo to decorate the ceiling. Drawings show that the design evolved from a relatively simple presentation of enthroned apostles to the complex series of narratives and ancestral portraits that now fill the entire vault and the lunettes over the windows and papal portraits. Though completed twenty-nine years after the chapel’s original dedication, Michelangelo’s ceiling provides a suitable introduction to the scenes below, tracing Judeo-Christian history from the Separation of Light and Dark through the Creation and Fall of Man, Flood, and Drunkenness of Noah.

This Halloween is also the anniversary of the dedication by Pope Paul III in 1541 of Michelangelo’s magnificent Last Judgment, which the artist completed at the age of sixty-six. The Last Judgment complements the original wall decoration commissioned by Sixtus and completes the narrative begun on Michelangelo’s ceiling, dedicated twenty-nine years earlier. The subject of the Last Judgment itself also offered the opportunity to manifest specific messages of papal power and primacy, as the imagery reminds all viewers that entry to heaven is regulated through St. Peter and his church.

From the vault to the walls below, the entirety of Christian past and future are displayed and contained within the pope’s chapel. Humanity’s Original Sin, shown at the center of the ceiling in Michelangelo’s Creation of Adam, leads to all that unfolds on the walls below. The pope and his court, when gathered together in the chapel, sit literally and symbolically at the center of this action. During Mass, the pope would kneel on the large porphyry disk set in the floor at the entrance of the chapel, able to see all of Christian history unfolding on the ceiling and walls above him with Michelangelo’s glorious vision of the Second Coming on the altar wall opposite where he knelt. For visitors, it is a view worth taking before leaving the chapel.

Anne Leader received her Ph.D. in Italian Renaissance Art from the Institute of Fine Arts at New York University, and teaches at the Atlanta campus of the Savannah College of Art and Design. Her research and publications explore a range of topics in fifteenth- and sixteenth-century Italian art, architecture, urbanism, and religious tradition, including Michelangelo’s final project for the Sistine chapel. Her first book, The Badia of Florence: Art and Observance in a Renaissance Monastery, has just been published by the Indiana University Press.

Using the arts for change on International Women’s Day