Last week’s “gleanings” were devoted to spelling and ended with the promise to address the other questions in the next installment. But, since the previous part inspired some comments, I will briefly return to Spelling Reform. One of the questions was: “Who needs the reform?” Everybody does.

At present, children spend hours learning “hieroglyphs” like chair, choir, character, ache, douche, weird, pierce, any and many versus Annie and manly, live (verb) versus live (adjective), and hundreds of others. Time is wasted on teaching and learning this nonsense, and every hour means money, labor, and mental strain. The result is embarrassing. All over the country, college students write Scandanavian, definately, occurance, and proffesor (in this respect they are touchingly consistent). Never mind midevil; this form may reflect their idea of the Middle Ages. Statements like I am a terrible speller, I have not taken geography in high school, and I am an early riser sound equally respectable. I met a law student who thought that indict rhymes with predict. Unless one knows a word from oral communication (and foreigners usually don’t), no English vocable should be pronounced without consulting transcription. But not only foreigners are at risk. That is why wizened old men begin to resemble their equally old but wise counterparts in the speech of native speakers, those frustrated citizens wandering like aliens in the jungle of their mother tongue.

All the arguments against the reform have been repeated and refuted millions of times. The main of them are two.
(1)   Traditional spelling reflects the past of the English language and should be kept. Why should we speak Modern English but spell Middle English? At one time, the Norwegians were made to spell their words in Danish. Those who read old books may have seen editions of Ibsen translated from “Dano-Norwegian.” This is our case; we write Middle-Modern English, a frightening hybrid. Nor do the most ridiculously spelled words reflect their history. British colour reproduces the Old French form: the Latin word was color. Are we “translating” from Anglo-French?
(2)   The other argument is that people have different accents, so that no spelling will satisfy all. This is true. For some people gh in night designates a real sound. But for the overwhelming majority of English speakers it does not, and here is perhaps one of the cases in which we should respect the rights of the majority. Anyway, cough and ghoul make no sense to anybody. Some excuse can perhaps be made only for Nottingham.

Should dictionaries be as permissive when it comes to spelling as they are when they describe pronunciation and usage? I don’t think so. Spelling has to be normalized, and sanctifying definately and Scandanavian as variants of definitely and Scandinavian would, to my mind, be a bad idea. However, the opponents of the reform may sleep in peace. It does not seem that anything will be done to reform English spelling in their lifetime unless spellers of the world unite and storm their departments and ministries of education. So far, it is all talk, just so much hot air.

I was aware of the reform of Dutch spelling because I constantly read older Dutch books, and when I quote them, I have to consult modern dictionaries to make sure that my spelling is not archaic. Not everybody is careful enough, and one constantly sees antiquated Dutch forms in British and American printed sources. I for one never know whether I should capitalize words like engels “English,” especially in titles. I meant Dutch when I referred to a reform carried out in several waves, but indeed, one should probably speak about a series of reforms. The literature on Spelling Reform, if one adds Russian, German, and French to English and Dutch, is huge.

Filipino versus Philippines.   If I understand the situation correctly, the variant with F reflects Spanish usage, while Ph is an Anglicized variant. Phony. Like one of our correspondents, I suspect that the anecdote told by Stephen Goranson (a wedding arranged by telephone; see his comment) is a joke. That incident could hardly have given rise to the word phony.

Naïve and naiveté.   Both words are French, and the only way to remember their spelling is to learn both as “hieroglyphs,” that is, individually. The same holds for their pronunciation. No rule will make the task easier.

Biscuit.   The spelling of this word in Modern English goes back to one of its several variants in Old French (the same in Modern French). The older French forms were biscoit, biscuit, and biscot (compare Italian biscotto), from bis-coctus “twice cooked.” One of the earlier English forms was bisquite. Apparently, at that time the letter u was not mute.

Barse and bass.   Mr. Cowan cited several other cases of r lost before s and in other positions. Those interested in comprehensive lists should consult standard historical grammars by Karl Luick and others. The closest one to bass is ass from arse, also a dialectal variant of the “main” word (only arse has unmistakable cognates). I am not sure why The Oxford American Dictionary calls arse the British spelling of ass. The words are not only spelled but also pronounced differently. However, gal for girl probably does not belong here. Girl and boy often function as expressive words, and their phonetic variants are not necessarily the products of regular phonetic changes. See especially Horn-Lehnert’s Laut und Leben.

Privacy and its kin.   The norm is capricious. Privy has a short vowel in all varieties of English, which is “correct” (compare body, in which the heavy suffix –y prevented the vowel from lengthening). Privacy with the vowel of privy is also regular (short vowels prevail in trisyllabic words: compare holiday, as opposed to holy). Privacy with the vowel of private is, most likely, a phonetic pronunciation, but it could get long i from private and privation.

Math or Maths?   Here again the norm is regional. In British English, the short form retains the plural of mathematics. In American English, the first syllable is all one needs (like trig for trigonometry). But I would like to quote the end of the question: “I now say mathematics, as I don’t want to sound like a yokel to one audience, or as an affected anglophile to another.” My heart goes out to the questioner. I feel the same when I have to use the word genealogy (and I often need it in my courses). Everybody says geneology (it rhymes with geology, biology, gynecology, etc.), but I cannot make myself join the majority. Nor can I pronounce it in public the way I would like to, with the vowel of allergy, for that will cause either surprise or ridicule. So it is now always genealogical information with me.

Semi-truck, why called this?   I have always thought that the gigantic eighteen wheeler is called a semi-truck, because the tractor (prime mover) is a truck cut off at the rear, so that it looks like half of a truck. Perhaps our readers can offer a better explanation. 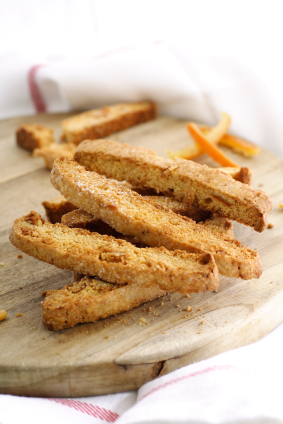 Used to.   The phrase used to goes back to Middle English. At that time, use to also occurred in the present, but today we can no longer say: “I use to read poetry” (that is, we are advised not to do so). In pronunciation, use to was indistinguishable from used to. The phrase joined other modal verbs, so that used did not need auxiliaries in questions and negations: he used not to read poetry and used he to read poetry? With time (at least, in American English), the feeling prevailed that do, is, after all, necessary in such constructions, and people began to say he didn’t use to read poetry and did he use to read poetry? As noted, by contrast, I use to read poetry has not made its way into the Standard (only used is allowed). Used he to… and he used not to… strike most people as stiff. It is up to each of us to follow today’s (not at all recent!) trend or remain loyal to the old rule. Both variants are fraught with danger: some will be derided as “yokels” (hillbillies, hayseeds, country bumpkins…), others as snobs. He was in the habit of reading poetry will, most likely, satisfy everybody.

I will return to the fowl/fly question in my next “gleanings” on October 31. And for now enjoy a true image of a twice-cooked biscotto.

Image credit: biscotti with candied orange and pine nuts arranged on a round chopping board. Photo by LuluDurand, iStockphoto.