Most people think that even though it is possible that they are dreaming right now, the probability of this is very small, perhaps as small as winning the lottery or being struck by lightning. In fact the probability is quite high. Let’s do the maths.

Assume your life is made up of a finite number of moments of consciousness (we’ll call these mocs). For the sake of simplicity let there be one moc per second. If we get a healthy amount of eight hours of sleep every night we are left with sixteen hours = 57600 mocs that constitute our waking time. Every night we are asleep for 2880 seconds. We know that 20 to 25 percent of our sleep consists of REM sleep, the kind of sleep during which dreaming takes place. Assuming the lower figure of 20 percent this leaves us with 5760 mocs while we are dreaming. So one out of every ten mocs happens during a dream; the odds that your current moc is one of them is one in ten.

But is it reasonable to assume that there are moments of consciousness outside of the waking state? Norman Malcolm argued in 1956 that this was logically impossible, claiming that “if a person is in any state of consciousness it logically follows that he is not sound asleep.” But whether there is consciousness in dreams appears to depend entirely on what we take consciousness to be. We can hardly claim that a consensus on this has been reached, but if we understand consciousness in accordance with the contemporary discussion as something that can come in different strengths and constitutes at the very least an appearance of a world then dreams do constitute some form for consciousness, since in a dream some form of a world appears to us. 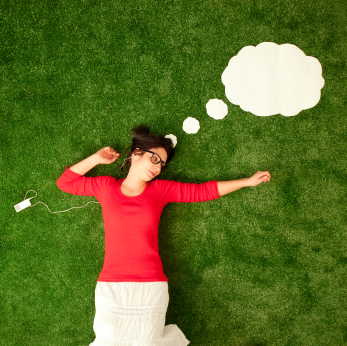 But even if dreams are conscious experiences we might think the above argument is a bit too quick. As experience confirms, one hour of carrying out a habitual boring task does not equal 3600 moments of consciousness; our consciousness might be elsewhere for most of the time. Moreover, time in dreams might not obey the rules of the waking world, a dream-second may correspond to fewer or more mocs than a waking-second. This is true, but if we spend more of our waking life unconscious the ratio of waking mocs to dreaming mocs increases. It becomes even more likely that your present moment of consciousness happens during a dream.

How dream-time relates to waking-time is indeed a difficult question. Sequences of events that take days can flash by in an hour’s dream; when you are dreaming, a lot can happen in a short time. Nevertheless we should note that as far as we can empirically determine the relation between dream-time and waking-time the two seem to be running at the same speed. Sleep researchers came up with a very clever way of testing this. Since the movement of our eyes is the only bodily action we can control during dreaming, experiments could be carried out with lucid dreamers asked to signal the beginning and end of an estimated time period by moving their eyes. These signals could then be tracked in a sleep laboratory. The average length of an estimated ten-second interval of dream-time was thirteen seconds of waking time, which is the same as the average length of an estimated ten-second interval of waking time. If this fact about lucid dreams can be generalized it seems to be the case that there is the same amount of moments of consciousness per unit of time during the waking state as there is in a dream.

Now a ten percent likelihood appears quite high. We usually regard the possibility that we are dreaming right now as something that is logically possible, but highly unlikely, i.e. as an event with probability of significantly less than 0.1 percent. Of course none of the above claims that we can never be more than 90 percent certain that we are presently not dreaming. We could, for example, employ some sort of reality-testing techniques to find out whether we are really dreaming. (Two techniques recommended by sleep researchers involve trying to jump into the air to check whether we stay airborne any longer than usual, and looking at a piece of printed text twice to see whether the letters have changed.) But it is not quite clear how the outcomes of these experiments should influence our credence. It is possible that they deliver a negative outcome (we fall to the ground immediately, the text stays constant) but we are still dreaming. Moreover, the very fact that we feel the need to carry out a reality-test may be a strong indication that we are dreaming. Philosophy tutorials aside, when we are awake we rarely wonder whether we are really awake.

Jan Westerhoff is Reader in Philosophy at the University of Durham and Research Associate at the School of Oriental and African Studies, University of London. His research mainly concentrates on problems of metaphysics, both in the Western and in the Indo-Tibetan tradition. He is the author of the recently published Reality: A Very Short Introduction.