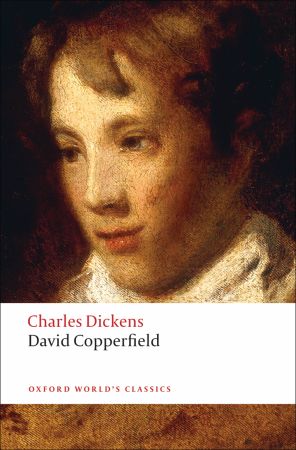 As the year draws to a close, we’ve been reflecting on all the wonderful books we’ve read in 2011, and in doing so, we’ve also realized there are some classics worth revisiting. The authors and friends of Oxford University Press are proud to present this series of essays, which will appear regularly until the New Year, drawing our attention to books both new and old. Here, the Oxford Etymologist Anatoly Liberman writes about David Copperfield by Charles Dickens and Pendennis by William Makepeace Thackeray.

2012 is round the corner, and an important event will soon happen: in February the world will celebrate Charles Dickens’s bicentennial (bicentenary).  In 1850 Dickens brought out David Copperfield.  Since that time, Mr. Micawber, Mrs. Gummidge, Spenlow and Jorkins, and all, all, all have been our perennial companions.  Uriah Heep survived the many wars and revolutions, learned nothing, and remained as ‘umble as ever.  Mr. Dick keeps flying kites and wondering how the thoughts from the head of King Charles I ended up in his own poor head.  Although even those who do not read thick nineteenth-century novels (the majority of mankind) must have heard the name David Copperfield, few of them will recall that also in 1850 William Makepeace Thackeray’s Pendennis was published.

The two novels describe more or less the same milieu, including even a debtors’ prison, and are approximately of the same length.  Both are “novels of education.”  Their protagonists (David and Arthur) are introduced as little boys, and we watch them grow up, go to school, yield to and resist temptations, mature, and in the finale marry the charming, patient, and almost morbidly selfless women whom they should have married at least four hundred pages earlier, but they were too silly to understand what was good for them, and also the time had not yet come for the authors to finish the story.  Yet no two books are more unlike than David Copperfield and Pendennis.

Nearly all great writers have favorite “motifs,” of whose existence they are probably unconscious.  Thackeray explored the theme of a youth in love with an older woman.  This theme dominates Henry Esmond, his gentlest and perhaps his best book, but Arthur Pendennis’s first love is also ten years his senior. A different bee buzzed in Dickens’s bonnet: he could not shake off the image of a feeble or weak-willed old man dependent on his daughter or granddaughter.  Strange that the name of Agnes’s father (in David Copperfield) is Wickfield, rather than Weakfield.  He would have contrasted beautifully with Dr. Strong, David’s benevolent schoolmaster forever searching for Greek roots, a man past his prime but married happily to a young woman.  To everybody’s surprise (perhaps also to Dickens’s), the doctor made a good husband.

Both authors had a firsthand knowledge of English snobs.  After all, the word snob owes its popularity to Thackeray.  But what a world of difference!  Dickens’s snobs are sometimes ridiculous, but more often disgusting.  Such are Mr. Dombey, a rich merchant, fawning upon an impoverished aristocrat and asking only one question about his son’s prospective school (“Is it expensive?”; if so, he will be satisfied), and Littimer, James Steerforth’s despicable servant, who tolerated blows from his master but left him after he was offered a meal of cold meat (David Copperfield).  Thackeray also satirized snobs but, contrary to Dickens, had a soft spot for them; he even admitted, perhaps tongue in cheek, to being “one of themselves.”  Major Pendennis, Arthur’s uncle, a classical snob, is by far the most memorable character in the novel.  A pretentious old man, tyrannizing his servant (and, in the finale, almost getting his comeuppance), he is patronized by the amused and condescending greats, but emerges as a man of honor; on closing the book, we feel that that the old fogy, despite his affectations and cynicism, is after all a dear.

Dickens’s titular heroes exist for the single purpose of dramatic events happening to and around them.  David is interesting only while he is a child.  Nicholas Nickleby is handsome and noble, and there is nothing else one can say about him.  Dirt does not stick to them.  In a way, all of them belong with Oliver Twist, who leaves the thieves’ den untainted and speaks flawless English, including the polite forms of the subjunctive; the Artful Dodgers of his surroundings had no influence on his morals or speech habits.  (Curious, that Dickens, always attuned to street slang and local dialect, especially Cockney, did not notice the inconsistency.)  It is Mrs. Nickleby, a champion of silliness, and Miss Betsey Trotwood, fighting donkeys venturing on her lawn, who are unforgettable.  (Trot means “child.” Is this the reason Dickens gave her the name Trotwood, alluding to a “wood” in which David thrived?)  Thackeray led his characters to a safe haven, but along the way he allowed them to fall low.  Both Becky Sharp and Arthur Pendennis did many things of which in retrospect they could not have been proud (though Becky never had such thoughts).  True, David once drank too much and said silly things at the banquet (there is a chapter devoted to his “first dissipation”), but he repented, and profligacy, Pendennis-style, was alien to him.  Both Dickens and Thackeray were masters of inept denouements.  Arthur’s marriage (as well as Henry Esmond’s) comes as a surprise.  To let David and Agnes marry, Dickens had to kill poor Dora, but he frequently got rid of superfluous characters in the same embarrassing way (a duel, a stroke, a novel-long travel to far-off lands).

Thackeray is remembered mainly for his Vanity Fair, while Dickens’s star is shining brighter and brighter as time goes on.  Why did it happen?  Why do we forgive him his treacly sentimental maidens, fairytale-like villains, “Gothic” secrets, and incredible plots?  Thackeray is often called a realist.  This label has proved useful, because the word realist means so many things.  Dickens too was supposedly a realist.  But he, along with Gogol, showed that literature need not “reflect” anything.  It survives insofar as it succeeds in creating its own parallel universe.  Dickens’s immortal characters (like Gogol’s) are larger than life.  They show a distorting mirror to humanity, and, surprisingly, the caricatures are immediately recognizable.  Moreover, life attempts to imitate literature.  Mr. Pickwick, not an obese (because obese, we are told, is an ignoble word), just a corpulent man; Mrs. Jellyby, the “telescopic philanthropist” (Bleak House); Miss Tox (Dombey and Son), living beyond her means (“but what a situation!”), the totally improbable Scrooge, and a host of others were brought to life by their great puppet master.  The curtain fell, but the actors refused to leave the stage.  They are now among us, as are the bizarre characters of Gogol’s Dead Souls.  Real people are compared to them.  Is this what realism means?

It often seems that Thackeray’s main purpose in life was to be unlike Dickens.  Dickens was unpardonably sentimental.  Nor did Thackeray mind shedding a tear, but he seldom indulged himself.  He could not afford the luxury, because Dickens’s unmarried young women never stop wiping their eyes.  So he chose a different mold; his narrative is much more reserved.  However, he could not outdo Dickens when it came to satire, and despite his talent for drawing cartoons, he seldom tried to create verbal images matching the products of his pencil.  His language is rich, but Dickens’s language is even richer (both had a typically Victorian predilection for hard words).  Dickens can be beaten only on his own field.  So far no one has succeeded.  We do not know whether he would have been able to continue long in the same vein; there are signs of exhaustion in Our Mutual Friend.  But he died at the age of fifty-eight.

Thus, for a hundred and sixty-two years two young men—David Copperfield and Arthur Pendennis—have been walking hand in hand.  The first of them has done better, for there has been no one like Dickens before and especially after him, but let us remember both, for both are great, and greatness is a commodity in short supply.