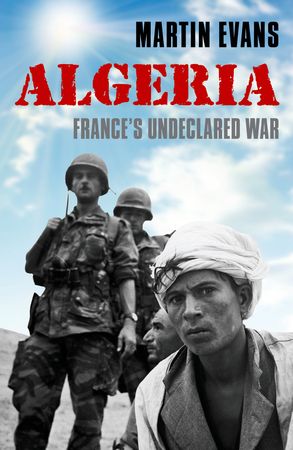 On 17 October 1961 at 5.30 am 30,000 unarmed Algerians converged on the centre of Paris in the light rain, flooding in from the surrounding shanty towns and poor suburbs – Nanterre, Colombe and Gennevilliers.  Mostly made up of young men and women, but also a scattering of older people and some mothers with young children, the demonstration was organised by the National Liberation Front (FLN) which had been engaged in war for Algerian national independence against France since November 1954.  The aim was to protest against the night time curfew that had been imposed upon Algerian workers by the Paris police chief, Maurice Papon, on 5 October.  By flooding Paris with ordinary Algerians the intention was to break this curfew and throw down a challenge to colonial rule. The FLN wished to occupy the public space of the enemy’s capital in order to bring the Algerian struggle to the attention of the world.

Given the high political stakes, the crackdown by the French police was unforgiving.  Since forty-seven Parisian gendarmes had been killed by the FLN over the past three years, the police were primed for repression and during the night of the 17 October their response was brutal.  Some demonstrators were chased through the streets and the into the metro stations; others were beaten to death and thrown into the Seine; many more, 11,538, were herded into lorries and deported back to Algeria. Over the following days dead Algerian bodies could be spotted drifting down the Seine.  Subsequently the FLN would claim that this police violence left 200 dead.

It was a moment of extreme violence, but one that the authorities immediately denied.  On 27 October in the Paris Municipal Council, Claude Bourdet, the veteran left-wing journalist, accused Papon in person of looking on as dozens of Algerians were killed in the courtyeard of the Préfecture de Police.  Papon remained silent, while the Minister of the Interior, Roger Frey, eager to protect the police, immediately pulled a veil over the whole affair.

As an event the 17 October 1961 was part of the final denouement of the Algerian War that had begun seven years previously. Partly because Algeria, invaded in 1830, was considered to be an integral part of France, but also because of the heavy settler presence (by the mid-1950s 1 million settlers coexisted with 9 million Algerians), this conflict was one of the longest and bloodiest wars of decolonization: a major international crisis that led to the fall of four French governments between November 1954 and May 1958 and produced huge tensions, both amongst the Western Powers, and between the West and the Muslim World.

In May 1958 Algeria led to the collapse of the Fourth Republic and the return of the World War Two Free French Resistance leader, General Charles de Gaulle.  The army, embittered by defeat in Indochina in 1954, and the settlers believed that de Gaulle would hang onto Algeria, but by 1961 he had come to the conclusion that there was no other option but independence, even if this meant negotiating with the hated FLN.

As de Gaulle’s government entered into final talks in the winter 1961/1962, there was a dramatic upsurge in bloodshed in the French capital that became known as the ‘Battle of Paris’.  The first thread of this violence was the confrontation between the FLN and the police, the second thread was the terrorism carried out by the Secret Army Organisation (OAS), a group of hard line settlers who were determined to destroy any peace accord between de Gaulle and the Algerians, while the third thread was demonstrations by an increasingly belligerent anti-war movement. Throughout late 1961 and early 1962 no day in Paris passed without incident. On 18 November 10,000 students marched for ‘Peace in Algeria’ followed by a day of action on 29 November and a further march on 19 December. nder daily attack.  Then, between 15 January and 28 January, there were forty-eight bombings as the OAS targeted government buildings and pro-FLN French intellectuals such as Jean-Paul Sartre.  On 7 February one of these bombs blew up the Boulogne-sur-Seine home of the Culture Minister André Malraux. Malraux was absent but the blast badly injured a neighbour’s child, the 4-year-old Delphine Renard who was playing with her dolls. The following day her image dominated the newspapers, triggering a mass protest. On 8 February 10,000 demonstrators, supported by the French Communist Party, gathered in and around the Bastille in eastern Paris. Chanting ‘OAS – As-sas-sins’, the protestors were soon engaged in skirmishes with the police.  With the battle spilling out into the surrounding streets, some sought refuge on the stairs of the Charonne Metro Station. But with the station locked, eight people, three of them women and a 16-year-old adolescent, were crushed to death trying to escape the police beatings. On Tuesday morning, 13 February, an estimated 1 million mourners followed the eight coffins in silent protest to Père Lachaise cemetery: the largest crowd since the Liberation in August 1944, which was backed up by a general strike in the Paris region and numerous demonstrations elsewhere.

This Paris violence framed the final push to a ceasefire agreement that was signed on 18 March 1962 and paved the way for Algerian independence in July.  However, immediately at an official level Algeria became a taboo subject.  For de Gaulle the new France had to turn away from colonialism in a bold manner. Algeria had to be forgotten which meant that throughout the 1960s, 1970s and 1980s little attempt was made successive French governments to face up the country’s Algerian past.  However, on the thirtieth anniversary of 17 October 1961 in 1991 thousands of human rights activists marked the date with a mass demonstration.  Then, on 17 October 2001, the socialist mayor of Paris, Bertrand Delanoë, unveiled a plaque on the Pont St Michel bridge with the inscription:

In memory of the numerous Algerians killed during the bloody repression of the peaceful demonstration of 17 October 1961.

On Monday 17 October 2011 several demonstrations called on the French government to recognise 17 October 1961 as a ‘state crime’.  At Nanterre there was a major conference on the demonstration and the local council unveiled a ‘Place du 17 octobre 1961’.  While François Hollande, in his first public engagement since winning the Socialist Party’s primaries to become the Socialist Party candidate for the 2012 Presidential Election, threw red roses, the symbol of the French Socialist Party, into the Seine in memory of the Algerians who died fifty years ago: a controversial political gesture which raises the question how will the Algerian War play out within the presidential campaign between now and May 2012.

Martin Evans is Professor of Contemporary History at the University of Portsmouth. He has written for the Independent, the Times Higher Education Supplement, BBC History Magazine and the Guardian, and is a regular contributor to History Today. In 2007-08 he was a Leverhulme Senior Research Fellow at the British Academy. His latest book is Algeria: France’s Undeclared War.

Air Power: how aerial warfare has changed and remained the same