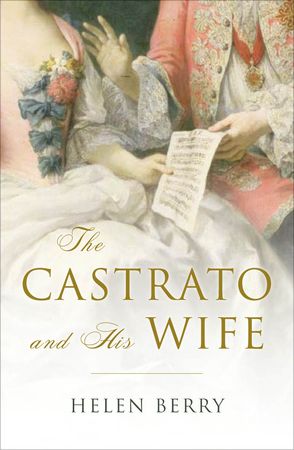 The Castrato and his Wife

(*unless they have kids of their own)


I happened to be in New York at the end of June this year when the State legislature passed the Marriage Equality Act to legalise same-sex marriage. By coincidence, it was Gay Pride weekend, and a million people waved rainbow flags in the streets of Manhattan, celebrating this landmark ruling in the campaign for gay rights, and I was one of them.

What struck me as a visitor from the UK – where civil partnerships for same-sex couples have been legal since 2004 – was the way in which gay marriage is still such a divisive issue in American politics. The subject continues to divide the nation, and has been revived, rather than resolved, by ongoing state-by-state rulings, Supreme Court challenges, and high-octane political rhetoric. 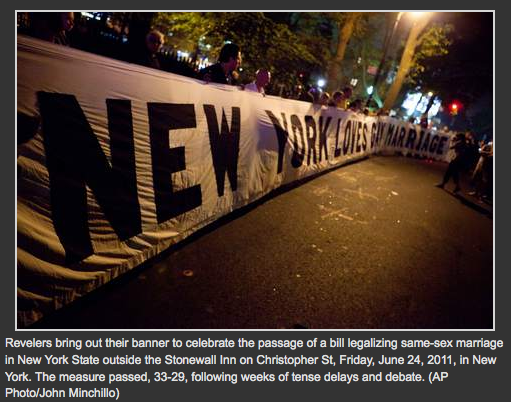 To cite just one recent example, Proposition 8 (the “California Marriage Protection Act”) was an amendment to the California constitution passed in November 2008 defending heterosexual marriage as the only legitimate form of wedding. The amendment stated that “gays…do not have the right to redefine marriage for everyone else”. Following fierce and costly litigation suits filed for and against Proposition 8, the amendment was overturned in August 2010 in a United States District Court. Appeals are now pending. Same-sex marriage is not recognized in federal law, following the Defense of Marriage Act (1996) passed by the United States Congress, which limits the definition of marriage to “a legal union of one man and one woman”. Those organizations which represent the interests of the evangelical Christian right, a powerful and wealthy lobbying force in the United States, stress the scriptural precedent for heterosexual marriage, encapsulated in the tiresome slogan “God created Adam and Eve, not Adam and Steve”. This same slogan is now parroted by bigots in Uganda who, with financial support from American evangelical missionaries, have sought to introduce the death penalty for homosexuals. Both scripture and historical precedent are used to argue that gay people cannot marry a) because God wants it that way, and b) because historically it’s always been that way. The religious right proposes that gay people can’t be allowed to marry on the grounds that marriage is, and has always been, for the purpose of procreation. As a historian, it’s this assumption that I’ve had cause to examine in greater depth through research that I’ve been pursuing over the past five years for my new book, The Castrato and His Wife.

Few Christians today, even fundamentalist ones, would go so far as to argue that all couples who can’t have children ought not to be allowed to marry, or to continue their marriage if a problem with fertility arises, yet this was the commonly-held view of the Catholic church and wider society throughout Christendom before the sixteenth-century Reformation. Men who married knowing that they could not consummate their union were condemned. Based upon a principle established in Roman law, male impotence was one of the few grounds upon which a wife could secure an annulment of marriage (grounds which still hold today for the dissolution of marriage via modern divorce courts). Male impotence is notoriously difficult to prove, however, and remains culturally shameful to admit. In medieval times, the solution offered by church courts was to send a gang of experienced midwives to see whether the husband’s penis would respond to manual stimulation.

Even after the Reformation, Protestants remained uncertain as to the status of childless marriages. The biology of human reproduction was poorly understood, and so (unsurprisingly) failure to conceive was usually blamed upon the female partner for her excessive “coldness”, assumed aversion to sex, or just plain bad temper. Post-menopausal women were given some consideration – they could legitimately marry in the Church of England using a new form of service written especially for older couples. Where the bride was of mature age, the Book of Common Prayer emphasised that marriage could be for the mutual help, comfort and society of both parties, and tactfully dropped any reference to the “blessing of children”. Globally, the social acceptance of childless marriages has varied enormously according to shifting religious attitudes, customs, and socio-economic circumstances. In early colonial America, for example, great social stigma could be suffered by childless couples in white settler communities where raising the next generation was a survival imperative.

In The Castrato and His Wife, the couple at the centre of the book, the famous opera singer and castrato Giusto Ferdinando Tenducci, and his sixteen-year old Irish bride Dorothea Maunsell, were lawfully wed by the Church of Ireland. When she tired of her famous husband, however, Dorothea used the excuse that he couldn’t father children (which surely must have been obvious to her from the outset) to her own ends. She eventually secured an annulment of her first marriage so that she could go off with another man. The church courts colluded in this circus (which involved no fewer than four wedding ceremonies, of varying degrees of dubiousness). The judge eventually gave legitimacy with retrospective force to Dorothea’s second choice of husband, an “intact” man who had already proven his ability to father her children – albeit while she was still married to Tenducci. A “normal” heterosexual male in all other respects, Tenducci – in common with all other men who were unwilling or unable to father children – was deemed to have no right to marry.

So, given this long standing historical precedent throughout the Christian West, ought all childless couples – of same or opposite sex – to be refused legal recognition of their marriages? This is the logical extension of the argument that gay people should be debarred from marrying since a gay couple cannot produce their own biological offspring without assistance. The baying voices of those who call for continued “protection” of “traditional” family values are, however, oddly silent on this question.

Helen Berry is Reader in Early Modern History at Newcastle University and author of The Castrato and his Wife. Read her article on royal weddings here.