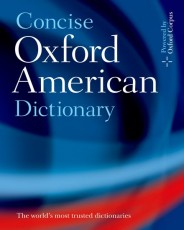 When people consult a dictionary, they expect to find entries defining individual words, compounds made up of two or more words, and common multi-word phrases. But what about when a frequently occurring phrase or compound is used as a blueprint for generating new concoctions, with some parts kept constant and other parts swapped out? Last week I discussed some simple two-word “templates” that allow for creative choices in filling one slot, such as ___ chic, inner ___, and ___ rage. In such cases, lexicographers can make a note of a particularly productive usage in the entry for the word that is kept constant (like chic, inner, or rage). Things get a little more complicated when we consider longer phrases that follow a similar pattern of substitution. Traditional dictionary entries aren’t always well-equipped to describe this type of “phrase-hacking.” But one thing becomes quite obvious when looking at a large corpus of online texts (whether it’s the Oxford English Corpus or the rough-and-ready corpus of webpages indexed by Google or another search engine): writers are fiddling with phrasal templates all the time, revivifying expressions that may have become too formulaic or hackneyed. Of course, there’s always a lurking danger that the constant modification of a cliché may itself ultimately become a cliché!

Consider the title I gave this column. Readers grounded in the last few decades of American pop culture might recognize that it’s a less-than-subtle reference to the breakdancing films of the mid-’80s: Breakin’ and its sequel Breakin’ 2: Electric Boogaloo. If you do a Google search on the pattern “___ 2: Electric Boogaloo” (excluding the word Breakin’), you’ll find thousands of web pages that use this template to create a jocular name for a sequel or followup of some sort — with everything from “Mac Update” to “The 9/11/ Commission” filling the slot once held by Breakin’.

There’s something about online writing, particularly on the blogosphere, that seems to lend itself to this kind of phrasal play, and also to commentary on the phrasal play of others. Indeed, one of the very first blogs, Jorn Barger’s Robot Wisdom (where the word weblog is believed to have first appeared), kept tabs on these phrasal patterns in regular features called “MemeWatch” and “ClicheWatch.” Back in November 1998 Barger catalogued the first of many such patterns: “The X Formerly Known as Y.” (This, of course, was back when the musician Prince changed his name to an unpronounceable glyph, necessitating the label “The Artist Formerly Known as Prince.”)

A few years later on Language Log (my other blogging home), a handy name emerged for these phrasal templates: snowclones. The term came about in a discussion of the canned line used by many journalists, “If Eskimos have N words for snow, X surely have Y words for Z.” Attention soon turned to other “snowclones” in snappier formulaic frames, such as “X is the new Y” or “Have X, will travel.” Collecting snowclones eventually spread beyond Language Log, and now you can find an extensive list on Wikipedia, as well as a brand-new Snowclones Database.

Sometimes, as with the “Electric Boogaloo” example, it’s easy to spot the original phrase that gave rise to a snowclone even if the new version is in an utterly different context. If you hear someone say he has “the mother of all hangovers,” you can still detect an echo of Saddam Hussein’s famous description of the first Gulf War as “the mother of all battles.” When aquaculture experts at MIT envision “a kinder, gentler scallop dredge,” the phrasing harks back to George H.W. Bush’s 1988 campaign promise of “a kinder, gentler America.” And there’s no denying that book titles like To Spank Or Not To Spank and To Pray Or Not To Pray owe their formal structure to Hamlet’s “To be or not to be” soliloquy.

Other times, however, there might not be a single, easily recognizable source. Take the expression “the X from hell,” as in “the mother-in-law from hell,” “the date from hell,” or “the job from hell.” Ultra-neurotic comedian Richard Lewis has long sought credit for popularizing this turn of phrase, even going so far as lobbying Bartlett’s Familiar Quotations. Lewis got some satisfaction last year when the Yale Book of Quotations recognized his contribution, noting that he self-loathingly described himself as a “comedian from hell” as early as 1986. But the phrase “from hell” attached to a person or thing has actually been kicking around for quite a while. As you can see from OUP’s latest Words of the Week, the Historical Dictionary of American Slang has examples of “from hell” used as a positive or negative intensifier starting in 1965, in a quote about a “number [i.e., a marijuana cigarette] from hell.” And the online edition of the Oxford English Dictionary takes things all the way back to 1902, with a citation in which an Alaskan dogsledder is approvingly called a “musher from hell.”

Despite this history, I’d still give Lewis due credit for helping to elevate “(the) X from hell” to true snowclone status, as it has become a conventional way of describing someone or something that the speaker considers especially abhorrent. It’s so common now that a British organization dedicated to helping people deal with rude neighbors calls itself “Neighbours from Hell.” But the popularity of the expression might lead to its eventual downfall if people decide the formula has become too routine. It could become the snowclone from hell.

Ben Zimmer is an editor at Oxford University Press and a true word junkie. Once a week he surfaces from his dictionaries to write this column. Check out his "words of the week" on our main page (center column) or by clicking here.