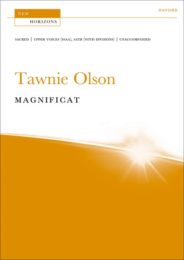 Considering how important she is to Christianity, it is surprising how little information the New Testament provides about the Blessed Virgin Mary. This is despite the fact that, even during Jesus’s lifetime, people held strong opinions about her. According to St. Luke, Christ’s preaching was once interrupted by a follower who shouted: “Blessed is the womb that bore you and the breasts that nursed you!” To which Jesus gave the quelling reply, “Blessed rather are those who hear the word of God and obey it!” (Luke 11:27,28 NRSV).

Over the centuries, Jesus’s suggestion that Christians focus on our relationship with God, rather than speculate about Christ’s earthly family, has been widely ignored. Theologically, artistically, poetically, and musically, we have not been able to resist filling in the enormous gaps in the Gospels’ accounts of Mary with our own ideas about what a woman worthy of bearing the Son of God must have been like. Sometimes, in our zeal to project our conceptions of The Ideal Woman onto this enigmatic first-century figure, we’ve strayed a bit from the little we do know.

Sandro Botticelli’s Madonna of the Magnificat, for example, portrays Mary as a stylish blonde Florentine aristocrat, surrounded by refined angel/courtiers as she coolly pens the Magnificat with one hand and dandles the infant Jesus in the other. It is a beautiful painting, far beyond my ability to praise adequately, but somehow, I just can’t imagine the woman it depicts giving birth in a barn.

Composers are, of course, no less guilty of projection than are painters. Several years ago, a choir in which I sang premiered a piece by a successful male composer. The music and text combined to suggest a Blessed Virgin who was inoffensively meek, sweet, and… small. I had a hard time reconciling this Mary with the woman who, in the Gospel of John, firmly overrules the Son of God, ignoring his ineffectual protests and “persuading” Christ to save the wedding at Cana by performing his first miracle.

I was not the only singer who found this composer’s vision unsatisfying. After one rehearsal, a normally-reserved alto named Karen Clute walked up to me and fumed, “Tawnie, you have to compose a feminist Magnificat!” And to my everlasting gratitude, she commissioned me to do just that.

When we met to discuss the prospective piece, we talked about the Mary we saw in Scripture: someone brave, thoughtful, and (at times) intimidating. We discussed the gap between this Mary and the sweet young thing in a blue dress we’d seen in too many paintings. We also talked about girls Mary’s age and how they, too, display grace, intelligence, and courage that our North American culture tends to ignore, perceiving and depicting them as merely shallow and petty (the phrase “like a teenaged girl” is not generally used as a compliment). Karen specially requested that my Magnificat setting be dedicated “to strong teenaged girls everywhere.”

As we spoke, I realized that I should compose my Magnificat for the Elm City Girls Choir, an organization whose founding mission is to provide girls with superb musical training, confidence, and leadership skills. The ensemble sings classical music beautifully, but they also excel at singing in the style of professional Bulgarian women’s choruses.

“My Magnificat isn’t just about Mary, however; it is also about how the rest of us relate to her and, by extension, to young women.”

In Bulgaria, singing has traditionally been the domain of women, whose vocalizing is characterized by a wide dynamic range (including a powerful fortissimo), chest voice, forward resonance, and the use of drones. When Bulgaria was a communist country, the government supported a number of professional women’s choruses who sang sophisticated folk tune arrangements in a polished version of the traditional singing style. It is not for me to say how these choruses are perceived by Bulgarians, but to me and to many other Westerners, their beautiful, intense sounds evoke feminine strength and power. This is the Mary I see in the New Testament, my Ideal Woman. She was not, of course, Bulgarian, but she was a formidable young woman who, in the Magnificat, celebrated God’s radical overturning of social order.

My Magnificat isn’t just about Mary, however; it is also about how the rest of us relate to her and, by extension, to young women. In my piece, a classical SATB chorus (at the premiere, the Yale Schola Cantorum) sings the text of the Ave Maria, supporting and responding to the Magnificat text sung in Bulgarian style by the upper voices.

The piece opens with the upper voices singing “Magnificat anima mea Dominum” (my soul magnifies the Lord). The adult chorus softly sustains the resonance of this melody, and from this resonance emerge the words “Ave Maria, gratia plena, Dominus tecum” (Hail Mary, full of grace, the Lord is with you); their recognition of Mary flows organically out of their echo of her praise for God. After Mary’s words “ecce enim ex hoc beata me dicent omnes generationes” (for behold, from henceforth all generations will call me blessed), the basses and second tenors softly chant “Benedicta tu in mulieribus” (blessed are you among women), a chant that spreads from section to section, swelling until it fills the SATB chorus in a musical depiction of the reverence for Mary passed down and growing from generation to generation. Toward the end of the piece, as the upper voices sing of the mighty cast down from their seats, the SATB chorus sings “ora pro nobis peccatoribus” (pray for us sinners). I hope that in life, as in this piece, we can increasingly recognize and praise the strength and courage both of Mary and of young women.

Canadian composer Tawnie Olson is inspired by politics, spirituality, the natural world, and the musicians for whom she composes. She is the winner of the 2018 Barlow Prize, a consortium commission for The Crossing, Seraphic Fire, and the BYU Singers, and the 2021-2023 National Opera Association Dominick Argento Chamber Opera Composition Competition (for Sanctuary and Storm, libretto by Roberta Barker). She is currently working on a new piece for Grammy-nominated Sandbox Percussion, funded by a grant from the Canada Council for the Arts.