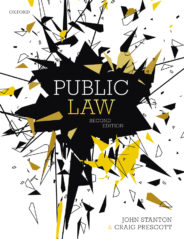 In celebration of National Read a Book Day 2020 today, here are a list books for anyone working in, or interested in, the legal world. Studying for a law exam, or just looking for a court-based drama? Take a glimpse of the titles below and select one for yourself.

These books provide a very diverse selection of text to read to understand and discuss various aspects of the legal profession. While no doubt the average law student is rather seriously occupied when studying for examinations, there’s always time for a little outside reading.

Women in law: a legal timeline