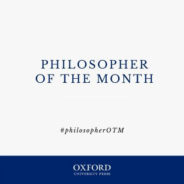 Gottfried Wilhelm Leibniz was a German seventeenth-century philosopher, an incredible logician, and one of the most important contributors to the philosophy of metaphysics, philosophical theology, mathematics, and ethics. His metaphysical career spanned over thirty years, and he was an inspiration to other contemporary philosophers from the Enlightenment period.

Born in 1646 in Leipzig, Germany, Leibniz’s theories in metaphysics changed philosophy. One of his signature doctrines and particularly prominent theory, which disputed many others at the time, is about substance, monads, and pre-established harmony. Monads are ‘soul-like’ immaterial entities which exist as a substance in themselves. Monads do not compose into anything. Therefore, Leibniz argued, mind and bodies are not made of substance.

His metaphysical work in philosophy dealt with significant issues, posing theories and explanations for the problem of evil, the problem of free will, and the nature of space and time. The problem of evil and metaphysics absorbed his attention throughout his career; the significance he attributed to the topic can be seen through the extent of his writing, which spanned the course of his lifetime. As well as having written many short pieces, he wrote two important books dedicated to the problem of evil: The Philosopher’s Confession (1672) and Theodicy (1709), the only full-length book that he wrote in his career, which he completed just seven years before his death in 1716.

In the period that Leibniz lived in, evil was not necessarily considered an argument for atheism, but rather an argument for a form of theism that was unorthodox. Thus, many contemporary philosophers argued, it was not the case that God could not exist because evil did, but that there could not be an omniscient God whilst evil existed. Leibniz’s philosophical stance on God was that possible worlds only existed in God’s mind, therefore possible worlds do not exist in the universe. He believed that only the actual world exists, one of harmonious order.

Leibniz was a monumental mathematician who changed the field of mathematics when he invented the first, early calculating machine. He also created the modern-day mathematical notation for the differential and integral calculus, and invented binary code which he explained in his 1703 essay, “Explanation of the Binary Arithmetic.” This two-point number system is used to write computer programmes and data processors, meaning that Leibniz’s invention was pivotal to how we live now, over 300 years later.

He was, and still is, credited as being the father of calculus. However, an argument once existed about whether it was Leibniz or Newton who invented it. In a drawn-out letter exchange between Newton and Leibniz, the German philosopher realised that he needed to describe his methods more clearly to prove his independent theory of calculus was original. Despite this, Newton made it clear that he believed Leibniz had stolen his methods. Now, there is no dispute that they each discovered the Fundamental Theorem independently of each other.

Leibniz was an exceptional polymath. His pivotal theories in metaphysical philosophy, logic, ethics, mathematics, as well as his philosophical writing on the problem of evil, truth, and free will and the nature of space and time, categorise him as the last ‘universal genius’.