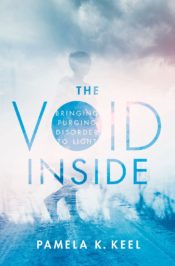 One death every 52 minutes occurs in the United States as a direct result of an eating disorder, according to a report by the Strategic Training Initiative for the Prevention of Eating Disorders, the Academy for Eating Disorders, and Deloitte Access Economics. I have studied eating disorders for over 30 years, and I was shocked by this finding. From 2018-2019, roughly 6,910 females and 3,290 males between the ages of 15 and 64 years lost their lives due to an eating disorder. The personal tragedy for each family member and friend is beyond the scope of even the most comprehensive study of social and economic costs of eating disorders. But the economic cost of these deaths came to $8.8 billion dollars ($8,800,000,000.00), dwarfing the $4.6 billion dollar investment our nation makes to understand and treat eating disorders. If I were an economist, I might try to explain how the difference between investment and costs represents a margin, but I’m not. Instead, I want to focus on how these deaths occur in the margins of our health care system and the steps needed to prevent these fatalities.

The report includes a case study of Hannah and demonstrates the need for better health care coverage for eating disorders. When Hannah was 13-years old, she developed anorexia, lost a third of her body weight and developed a serious heart problem that required hospitalization. After approximately six months of inpatient treatment, she was discharged and experienced a relapse that required intensive outpatient care. This was not covered by her parents’ insurance. Her mother estimated spending $10,000 in a single month to keep her daughter alive. Hannah is now recovered and advocates for better insurance coverage for eating disorder treatment, particularly for military families, like her own.

This story does not represent an isolated case. Two weeks after the report was released, the following crossed my Twitter feed: “Friend diagnosed with AN (female in midlife). Kaiser wrongfully denying her authorization to a higher LOC [level of care]. Although she’s suffered for many years, she is not treatment resistant, as Kaiser claims. Resting heart rate is 35.”

A resting heart rate of 35 beats per minute meets criteria for hospitalization. Low heart rate signifies that the body is shutting down. Denying medical care to an eating disorder patient in medical crisis is wrong. But it happens too often in a health care system that interprets parity for mental health as only applying to brain-based disorders. The myth that people choose to have an eating disorder is as misguided as the idea that someone would choose to have cancer.

Researchers and advocates have made huge efforts to increase recognition that eating disorders are biologically-based disorders, with genetic make-up contributing as much to their development as it does to the development of schizophrenia or asthma. If this stops a single person from being denied treatment to save their lives, good. But I’m still waiting for any explanation for why the cause of an eating disorder has anything to do with whether or not we should try to save a person’s life. In one study, we found that the leading cause of death in anorexia nervosa was suicide. If treatment prevents a person from taking her life, that saved life is easily worth the investment. It makes no difference whether the prevented death would have been caused by self-poisoning, self-starvation, or self-induced vomiting.

We need more money in research funding to find better treatments, preventions, and cures for eating disorders. In 2019, the single largest funder of research, the National Institutes of Health, invested roughly $8/person with an eating disorder compared to $60,831/person with tuberculosis. The gap between funding for mental health and almost any other domain of health is well-known. But beyond that gap, eating disorders are marginalized within the field of mental health, receiving $8/person compared to $33/person for depression and $69/person for schizophrenia research in 2019. This funding gap contributes to the gaping difference between 28 FDA-approved medications for depression versus 0 for anorexia. Without greater funding to produce better treatments, we won’t see better outcomes. And the best time intervene is at the first sign of a problem. Catching any disease in its earliest stages produces the best outcomes.

We need universal screening to promote early identification and intervention before the eating disorder progresses to a critical stage. While eating disorders lurk in the margins of awareness, we won’t see who is affected, we won’t see how they are affected, and we won’t know the full cost we pay for our ignorance. In the absence of universal screening, we will never know the true number of people killed by their eating disorder. No pathologist will ever “see” the eating disorder in a post-mortem exam, no matter how obvious the signs may be. In that same study where we found that suicide was the leading cause of death, we found that an eating disorder was never listed as the cause of death on the death certificate. Instead, we saw causes such as heart and liver failure in a 39-year-old woman who weighed less than half what a woman her age and height should weigh – less than half. In the absence of universal screening, we lose our best opportunity to prevent those deaths.

We need to recognize eating disorders as serious mental illnesses that pose a threat to the health of our nation.

We need more funding for research.

Pamela K. Keel is a distinguished research professor and director of the Eating Behaviors Research Clinic in the department of psychology at Florida State University. Keel defined and characterized Purging Disorder as a potentially new disorder of eating, and this work contributed to the inclusion of Purging Disorder as an Other Specified Feeding or Eating Disorder in the Diagnostic and Statistical Manual of Mental Disorders, 5th Edition.

Raising a teenager with an eating disorder in a pandemic

Why anti-vaxxers are rising again