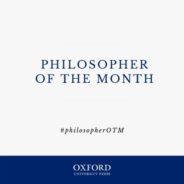 Very little attention has been paid to Danish philosopher Knud Ejler Løgstrup in the English-speaking word until recently. His philosophical interests focused on three strains in particular: ethics, phenomenology, and theological philosophy.

He studied theology at the University of Copenhagen from 1923 until 1930, though was inclined towards the philosophical aspects of the subject. He studied with Martin Heidegger, who greatly contributed towards the field of phenomenology. The phenomenological movement was a significant influence on Løgstrup’s early reading, along with Kant, Edmund Husserl, Max Scheler, Heidegger himself, and Søren Kierkegaard.

He met his wife, Rosalie Maria Pauly, a German fellow student during his time at Freiburg. From 1936-43 he worked as a Lutheran Pastor, and in 1943, a year after his dissertation critiquing idealist epistemology was accepted, he became a professor of ethics and philosophy of religion in the theology faculty at the University of Aarhus in Denmark. Shortly after he joined the Danish resistance. The insurgency arose during World War II to rise against the Nazi occupation of Denmark.

Academics often compare the work and philosophies of Løgstrup and Emmanuel Levinas. While they held similar views, they didn’t always align. Løgstrup’s ethics focused on responsibility rather than command ethics, whereas Levinas seemed to situate himself between the two. What distinguished Løgstrup from other standard philosophers of ethics and religion was that he was concerned with pinpointing where philosophy required theology, and vice versa. Løgstrup connected these through concepts of ethics which included radical ethical demand and the gift of life.

His first major piece of writing,The Ethical Demand (1956), explored in detail the radical ethical demand concept. For Løgstrup, there is only human morality, not Christian and secular morality. Despite having much in common with Kierkegaard’s philosophy, this drifted away from traditional Kantian philosophy and Kierkegaard’s Christian existentialism, which took the perspective of morality as autonomous to the individual, and opened up the opportunity to understand ethical demand as an object placed upon by an Other. Løgstrup perceived moral and ethical life from an alternative, social perspective to the standard virtue ethics and utilitarian structures: that basic human trust is involved in all human interaction.

Lutheran theology was a large part of his life in the 1930s, as he became a member of the Danish theological movement, Tidehverv. This was a strongly anti-pietist movement and was considered by many to be the strongest theological movement in Denmark at the time. For Løgstrup the revival of piety within the Lutheran church, which emphasised biblical doctrine and stressed the importance of living a strongly Christian life, was incredibly irrational, and theologically far too conservative. As a result, Løgstrup was openly critical of this more extreme strain of theology, instead believing that theology should be openly considered alongside philosophy. Gradually he drifted away from the movement, which was influenced in part by the existentialist thoughts of Kierkegaard, and in the early 1950’s broke with it.

Following his retirement from the University of Aarhus in 1975, he continued contributing to philosophy, writing Metaphysics which was composed of four volumes. However, only two of the volumes had been published by the time of his death in 1981 from a heart attack.

Despite only coming into the forefront of Western moral, theological, and phenomenological philosophy in recent years, Løgstrup and his work, which include Kierkegaard’s and Heidegger’s Analysis of Existence and its Relation to Proclamation (1950), Beyond the Ethical Demand (1956), and Ethical Concepts of Problems (1971), are now receiving serious thought and examination.