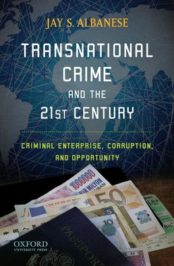 We live in an era of widely publicized bad behavior. It’s not clear if there’s more unethical behavior occurring now than in the past, but communications technology allows every corrupt example to be broadcast globally. Why are we not making better progress against unethical conduct and corruption in general?

Morals are the principles of good conduct, widely accepted by all. The study of morality is ethics, and unethical conduct, which underlies all corruption. Corruption undermines the rule of law, creates economic harm, violates human rights, and illicitly protects facilitators and accomplices. Both unethical and corrupt conduct are selfish or self-seeking behavior without regard for the valid claims or human rights of others.

Where do ethics come from? We learn them in the same way we learn all skills, including foreign languages, mechanics, or research methods. People often overestimate the ethicality of their own behavior, failing to recognize underlying, self-serving biases that promote misconduct. We see ourselves as rational, ethical, competent and objective, but lack the ability to see our ethical blind spots that conceal conflicts of interest and unconscious biases in decision-making. Ethical training, education, and reinforcement results in better conduct.

But learning and application of principles in practice is an incremental process, moving from smaller acts to more consistent courses of conduct. Ethics might be the most important skill of all, because it provides the path to appreciate that there is a greater purpose in life than self-interest. People are moral agents, have moral responsibilities, but many have never learned the principles for ethical decision-making.

Global interest in ethical conduct has grown dramatically during the last generation. During the 1990s, the World Bank changed course to address the “cancer of corruption.” This launched the World Bank into a new era in which addressing corruption to ensure funds were not misspent became as important as the development work itself.

The Organization for Economic Co-operation and Development is an intergovernmental organization founded in 1948, which now has 36 member countries, representing nearly two-thirds of gross domestic product globally. Concerned about the tax deductibility of bribes in many countries, the organization developed a convention to criminalize foreign bribery entirely, which entered into force in 1999. The organization is the first binding international convention criminalizing foreign bribery across many nations.

Each of these initiatives is significant, and they require participants to enact laws and regulations, engage in enforcement actions, and obtain anti-corruption training. Unfortunately, these initiatives focus on structural reforms: laws, policies, procedures, and technical assistance, to reduce the opportunities for corrupt conduct and enforce anti-corruption provisions. Structural reforms have limitations, however. They reduce opportunities for misconduct, but do not preclude motivated actors from seeking unethical advantage. The result is better institutions, but individual decision-making remains the same.

There are signs of global movement to improve individual ethical decisions, however. The Education for Justice Initiative was developed from the 13th United Nations Congress on Crime Prevention and Criminal Justice in 2015. The initiative highlights the importance of education in preventing crime and corruption, and promoting a culture that supports the rule of law.

One of the courses in the Education for Justice Initiative is integrity and ethics. Another is corruption. This effort builds on research documenting the effectiveness of creating principled, ethical decision makers from a young age. The courses, available open access globally, equip participants at different education levels with skills to apply and incorporate these principles in their life and professional decision-making.

People need to be accountable even without a camera looking over their shoulder or constant police surveillance. People must be motivated to act ethically, and establish a moral identity, that supports conduct in the interest of others, rather than selfish or self-seeking behavior.

People need to have better moral integrity is we want to promote ethical conduct. People are under continuous pressure on many fronts: business concerns, government operations, medical access, education, among others. Ethical conduct, resistant to corrupt influences, can be found in unlikely places, but it must begin with greater individual accountability that occurs with higher ethical standards developed through teaching, training, and practice.

Personal and social happiness come from actions that benefit others, rather than exploit or ignore them. People respect other people with high moral standards. There is freedom found in not yielding to our basest desires, and in living openly and cooperatively with others rather than secretively and fraudulently.

It is time to look beyond structural and institutional reforms to reduce opportunities for corrupt conduct, and enforce anti-corruption provisions. It is time to also focus on individual moral education and training to reduce the number of motivated actors seeking unethical advantage.

Jay Albanese is a professor at Virginia Commonwealth University’s Wilder School of Government & Public Affairs. He has also written multiple books on crime, justice, and ethics.