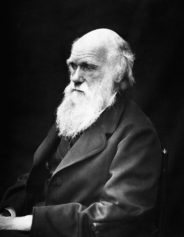 Charles Darwin is most known for his journey to the Galapagos Islands, and for the work he published around the theory of evolution, The Origin of Species, as a result of that trip. And though his time in the Galapagos was vital to Darwin’s work, he also visited many other places, a small selection of which are featured here. While the ship itself was commissioned to survey the coast of South America, Darwin was on board to make the scientific observations for which that he is remembered.

Image by Alin Meceanu via Unsplash

Andrea Standrowicz is a marketing coordinator at Oxford University Press.

From Darwin to DNA: evolution, genomics, and conservation of the Galapagos giant tortoises