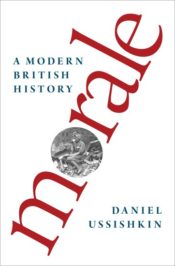 In a seemingly natural way, reports of societal responses to the COVID-19 crisis in Britain invoked the very familiar images of the Blitz and the wartime Home Front more broadly. Such images and representations are now everywhere: references to the “Army of Volunteers” raised to aid vulnerable groups; notions of the spirit, character, resolve, or unity in a collective effort; “Keep Calm and Carry On,” now more than ever. Politicians and pundits have been invoking or reflecting on the “Blitz Spirit.” The Economist (in its “Bagehot’s Notebook” column analyzing British life and politics) called for an explicit and determined reliance on Britain’s historical memory during such times. It is not unreasonable to guess that such calls hit a sympathetic chord, even among those who would feel uncomfortable with the insinuation that Britons’ relationship to their history is one of comfort and coziness. The extent to which the narrative that is captured by the term the “Blitz spirit” represents historical social realities matters very little here. When it comes to imagining collective mobilization, the “Blitz spirit” is the default—and least controversial—button to press.

Turning to the psychological forces involved in successful containment of the pathogen while keeping society together and life going on has translated into abundant advice on maintaining morale – of employees, colleagues, or simply those (virtually) around us. These are offered as solutions to an unstated two-pronged problem—there is now a greater need for morale-boosting, while changing circumstances (such as stay-at-home orders) call for different approaches as to how to do it. The word itself, morale, nearly reflexively raises the Second World War from Britons’ imagined collective memory. What Britons had by then come to understand as the ligaments between collective affect and action were written into the notion of morale: a newly ubiquitous and familiar concept, that in the context of mobilization for total war came to be  recognized as central to any collective endeavor, whether it was securing victory at war or increasing productivity at work. Morale emerged as the key to group conduct, as the sine qua non of good management. At the technical level, it was seen as both better practice as well as more in harmony with twentieth-century sensibilities and culture.  At a broader level, fueled by a large reservoir of wartime narratives, the notion of morale would come to serve as a foil for projecting cultural and political expectations from living in a mass-democratic polity. Discussions of morale linked wartime sacrifice to plans for postwar reconstruction and the fight against tyranny to the battle for democracy. In the aftermath of the war, the notion of morale, carried by such wartime legacies, was mobilized to harness the perceived wartime spirit of participatory citizenship and solidarity to building the New Jerusalem. Postwar management experts, for example, tirelessly argued that the care morale within the walls of the factory would secure harmony, cohesion, and stability outside it. The notion of morale, in other words, carried valances that were both highly technical and more broadly political.

Since the immediate period of postwar reconstruction, the history of morale was marked by two contradictory impulses. On the one hand, the term retained its force as a framework for good management; we (think that we) know what it means, and that it is somehow important. Yet at the same time it is no longer “expected” to perform the kind of cultural-political work that now appears to belong to a distant era of total social mobilization. In part this was inevitable, given that the link between these two scales through which morale was viewed—the local and the national—had always been little more than a fantasy; in part, and perhaps more importantly, these imagined links were severed because the cultural and political forces that underpinned the social-democratic moment were rapidly withering away.

It was difficult to miss the militarism that such notions put to the fore, but it was also easy to take comfort in the fact that half a century ago wartime stories were central to the making of a state and society that were explicitly juxtaposed with the bitter memories of decades previous. But it proved to be a shaky foundation, and in the decades that followed, wartime representations would continue to be “repurposed” in order to support conflicting political agendas. Such malleability is in part the product of the varying context in which wartime “memories” are reproduced. In part, too, it is enabled by their seemingly a-political nature. The time that passes also increasingly makes a difference, as most Britons who “remember” the war had not actually lived through it. All this translates into a suspicion that the “Blitz Spirit” is raised to produce a collective “feel-good” that works to fend off the more important discussions about social and political change. There is, in short, nothing self-evident about the “Blitz spirit;” the nature and content of its latest iteration remains to be seen.

Daniel Ussishkin is an associate professor of history at the University of Wisconsin - Madison.

What the Civil War can teach us about COVID-19