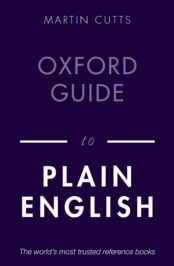 In his novel Love in the Time of Cholera, Gabriel García Márquez writes:

Florentino Ariza moved through every post during thirty years of dedication and tenacity in the face of every trial. He fulfilled all his duties with admirable skill … but he never won the honour he most desired, which was to write one, just one, acceptable business letter.

Plenty of authors in the humdrum world of business writing seem to share Señor Ariza’s difficulty. Standard letters and emails are sometimes decently written, which suggests the presence of editorial oversight. But one-off responses to customers’ questions and complaints rarely make sense, are full of grammatical and spelling mistakes, and use robotic jargon in which authors “reach out” while “touching base;” “address challenges” instead of “tackle problems;” and use “going forwards” whenever they want to talk about the future. Semiliterate responses from organizations great and small have become normal.

Take this muddled and meaningless letter signed by the chief executive of a leading eye hospital, responding to a complaint about a cancelled appointment:

Your appointment for the 26th January had to be cancelled because there were no clinics running that day. It is normal practice for access to all clinics for this day being denied, however this was not possible on this occasion due to the outreach clinics still running.

And this email from the John Lewis store is gibberish:

Further to our conversation this morning regards the estimates for blinds I have sent for the Make of Roman blinds I have spoken to my Manager regarding your comments.

In my experience, such examples are usually written by native English speakers with British-sounding names and, if I phone them, British accents—so we’re not talking about non-native speakers.

A common mistake is not knowing that a full stop or semicolon is usually the correct punctuation at a sentence boundary, something you’d hope authors would have learnt by the age of eleven. The error occurs six times in this email from Hoover/Candy, which was responding to a complaint that they’d reneged on a call centre’s promise to replace a broken appliance free of charge or at a large discount. I’ve put an [X] where all the full stops should be, but ignored other errors including loose for lose.

Thank you for your feedback[X], please note the contact centre staff are not aware that we factor a discount based on the age of the current appliance on a sliding scale[X] the newer the appliance the bigger the discount etc.

The appliance in question is over three years old[X] the discount applied is considered to be good[X] however, when you add VAT and carriage this is what takes the amount over the recommended RRP on our website.

We would not like to loose your mother as a customer[X] hence, on this occasion we are willing to add further discretionary discount based on the offer of model PU71/PU01001 current RRP of £89.99[X] the new price to you will be £64.99.

Hoover/Candy are not minnows. No doubt they have a training budget. Why don’t they spend some of it on improving staff writing skills?

Good writers exist somewhere in most organizations. When responding to complaints, they tend to do the same things and make it look deceptively easy:

Companies can get it right if they try. Last year, after months of dismal ineptitude over a cooker repair, a senior official at Aga Rangemaster finally realized what had gone wrong. Suddenly, there emerged an email with coherent English, proper punctuation, some empathy, and a settlement worth several hundred pounds:

After reviewing the details of the case I can appreciate the frustration you have felt in trying to get the appliance repaired. I would like to reiterate my apologies on behalf of AGA Rangemaster for the service you have received. As a gesture of goodwill to try and restore your faith in AGA Rangemaster and demonstrate that we can improve, we would like to offer you two free years on the AGA Care Plan.

This kind of quality matters, because a company’s reputation rides out with every letter and email it sends. Writing well is hard work and often people need training to do it. There should be a pride in writing well, even about workaday things. Clear, well-expressed documents help to build and restore customer confidence. Ultimately, they pay off.

Martin Cutts is a writer, editor, and teacher. He co-founded the Plain English Campaign in 1979, and in 1994 he founded Plain Language Commission. He gives writing-skills courses in companies, government departments, and law firms. He is a leading voice in the international plain-language movement.