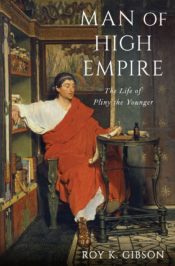 Has part of the body of the Elder Pliny, the most famous Roman victim of Vesuvius, been recovered?  The story surrounding the relic is a source of continuing fascination.

When Vesuvius erupted in 79 C.E. the Elder Pliny was under 20 miles away. He was quite unaware that Vesuvius was a volcano, despite publishing Rome’s greatest encyclopedia the Natural History around two years earlier; he had not included this Campanian mountain alongside Etna in his review of the great volcanoes of the known world. The eruption now slowly unfolded before Pliny’s eyes from his vantage point at Misenum near the northern tip of the bay of Naples. As commander of the imperial fleet at Misenum, Pliny had responsibility for policing the waters of the bay. A rescue mission ensued, and a flotilla of navy ships was launched. The Elder Pliny offered his 17-year old nephew, the Younger Pliny, the chance to join the fleet. The nephew declined. He preferred to stay home and finish his homework by making excerpts from the great Roman historian Livy. A wise decision, in retrospect. The Younger Pliny lived to record the death of the Elder in a pair of letters addressed to Rome’s other great historian, Tacitus.

Those documents survive today as part of Pliny’s own collection of Letters and are an invaluable source of knowledge about the 79 eruption. They include precise information on how the Elder Pliny died on the beach at Stabiae at the southern end of the bay of Naples. The strong onshore winds created by the violent eruption meant the Elder could sail quite easily into Stabiae on his rescue mission. But his ships could not fight their way out against the torrent of fast-moving air blowing onto land. Deadly surges of superheated gas thrown out by Vesuvius eventually reached Stabiae, only five miles south of Vesuvius. The Elder Pliny, who was probably asthmatic, soon succumbed to the surges. The next morning “his body was found whole and uninjured,” according to the Younger Pliny, “in the clothes he wore; its appearance was of one resting rather than dead.”

Leap forward 18 centuries. Around 1900 a local landowner named Gennaro Matrone is digging on his estates in the vicinity of ancient Stabiae. He uncovers over 70 skeletons in close proximity to one another. They are evidently the remains of victims of the ancient eruption, left to lie where they had perished. One corpse attracts particular attention. Wearing a gold ring, necklace and armbands, the body is found in a supine position that suggests sleep, its head supported by a pillar. A French diplomat, who has perhaps read the Younger Pliny’s letter, is on hand to suggest that the corpse may be that of the Elder Pliny. Matrone publishes the finding in a pamphlet, but receives only derision in response. One eminent archaeologist of the day pours scorn on the identification: a Roman admiral would hardly be dressed like “a ballet dancer.” Matrone is discouraged and the relic eventually ends up in respectable obscurity at the Museo dell’ Arte Sanitaria in Rome, where it is tagged simply “skull attributed to Pliny.”

A century later, the Italian military historian Flavio Russo suggested that the attribution should be settled by scientific investigation. Might an isotopic examination of the teeth reveal where the skull’s owner had spent his childhood? A campaign led by La Stampa eventually raised funds for a study of the relic at the hands of a scientific team fronted by popular historian Andrea Cionci. The results, released in January 2020 at the Museo dell’ Arte Sanitaria, were somewhat ambiguous. Isotopic examination of the lower jaw indicated a childhood consistent with the early life spent by the Elder Pliny in his north Italian hometown of Comum (modern Como). But the ancient owner of the lower jaw was in his 30s – whereas the Elder had died in his 50s. The skull had no upper jaw. Gennaro Matrone, confronted with an incomplete head in 1900, had evidently supplemented the “Pliny” skull with a mandible taken from a nearby corpse. What of the rest of the skull? Examination of the cranial sutures suggested an individual who had died in their 40s or 50s. That, at least, was consistent with the age at death of the Elder.

Is this the skull of the Elder Pliny? Almost certainly not. Quite apart from a debate whether the gold relics found with the corpse can or cannot represent the insignia appropriate to a Roman admiral (or simply point to a refugee fleeing nearby Pompeii with all his most precious worldly goods), one important question remains. If the Younger Pliny knew precisely where (and how) his uncle died, why was he content to leave the corpse unburied? The Roman horror of a body left to lie without funeral rites is well known. The letters written to Tacitus about the eruption attest a devotion by the Younger towards the Elder strong enough to keep him waiting at Misenum for news of his uncle long past the point where it was safe for the Younger to remain there.

Perhaps we have misunderstood the point of Pliny’s precision about the resting place and special pose of his uncle’s corpse? There existed a rumour – later spread by the Younger’s own protégé (of all people!) the Roman biographer Suetonius – that the Elder Pliny was ‘killed by one of his slaves whom he had begged … to hasten his death’. Clearly intending to deny this story, the Younger is very careful with his words: the Elder’s corpse was discovered “uninjured” with the appearance “of one resting.” No evidence here, Pliny implies, of a violent death at the sword of slave. He is not trying to help us find or identify the body of the Elder.

Was the effort of Cionci’s scientific team wasted? Absolutely not. The investigation attests to our continuing desire to come as close as possible to the great figures of the Roman past. And if there is no skull, after all, for us to venerate, we can at least still undertake a pilgrimage. From Como near the foot of the Swiss Alps to the bay of Naples, Italy is filled with monuments and sites closely associated with the Younger Pliny. Ancient inscriptions by Pliny are held in museums in Como and Milan, a site for his country estate has been uncovered near San Giustino in Umbria, and the public buildings Pliny knew and worked in at Rome still stand – not to mention the vestiges of the naval station at Misenum and the spectacular remains of the villas in which the Elder almost certainly sheltered at ancient Stabiae, on Varano hill in modern Castellammare di Stabia.

Roy Gibson is a professor of classics at Durham University.