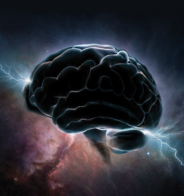 The human brain is often described as the most complex object in the known universe – we know so much, and yet so little, about the way it works. It’s no wonder then that the study of brain today encompasses an enormous range of topics, from abstract understanding of consciousness to microscopic exploration of billions of neurons. Brain Awareness Week takes place this year March 16-22. To mark the occasion, we’ve put together a list of books that explore the matter between your ears.

These books showcase some fascinating areas of brain research. But we’ve still got a long way to go before most of our questions about this intricate organ are answered. A comprehensive understanding of the brain is especially critical to combating public health issues, including rising rates of dementia and psychiatric disorders. As such, the continuing progress of brain research will be beneficial to us all.

Abigail Luke is a marketing executive at Oxford University Press.