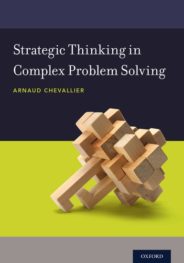 Imagine that you’ve just been appointed the head of operations for a five-star hotel in Manhattan. Your boss calls you in her office on your first day and says: “Our biggest problem is how slow elevators are. Everyone complains about it, and we can’t have that. Speed them up.”

How would you do it?

Most people intuitively focus on speeding up the elevators: installing stronger motors, modifying the dispatch algorithm, getting the doors to shut faster, or even installing additional elevators. But there is also a whole set of options that consists of giving the impression that the elevators are faster, for instance by distracting the users with windows or, on the cheaper side, with mirrors, TVs, or newspapers.

Facing a complex challenge, it’s tempting to pursue whichever option we first identify and start implementing it quickly. But relying on this kind of intuitive thinking, particularly in unpredictable environments, might result in poor outcomes —even when we have a high degree of confidence.

Instead, we should first identify the range of solutions that are available to us, which is challenging, because we don’t know what we don’t know. It’s like being an explorer a few hundred years ago who would land on an uncharted piece of land having to decide how to explore it. Well, there is a time-tested approach: map it.

Facing that complex challenge, your first task should be to frame your problem in the form of an overarching question that, once answered, will lay out your proposed plan of action. A good way to frame your problem is to summarize that key question and its context in a situation- complication-question sequence. Once you’ve framed your problem, you should then think of alternative ways—or options—to solve it before deciding which one is on balance the best.

A question map helps you explore that universe of potential options. Question maps are similar to other knowledge cartography tools, such as mind maps, decision trees, and the issue trees that management consultants use. But question maps are also different from these tools in that they obey their own rules, four rules that actively drive structure into your problem-solving process.

Striving to be insightful also means that you need to keep developing your map until you identify concrete answers. Don’t stay at a philosophical level (e.g., by just writing “by creating the impression that the elevators are faster”) but identify concrete ways to answer your question (“by installing mirrors in the elevators”).

Question maps only have four rules, and those are simple enough to understand. Following them when solving a complex problem, however, can be, let’s say, challenging. But realize that the complexity isn’t in the map; the complexity is in the problem, all that the map does is expose that complexity so that you can better address it. So, embrace the challenge, and happy mapping!

Arnaud Chevallier is a professor of strategy at IMD Business School. He researches tools to help people solve complex, ill-defined problems. He is particularly interested in common denominators: the knowledge and skills that, irrespective of disciplines, can benefit people confronted with a challenging problem. He is the author of Strategic Thinking in Complex Problem Solving published by Oxford University Press.