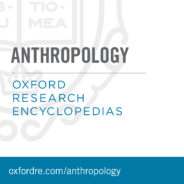 When “quit lit,” the trend of disillusioned PhDs writing personal essays about their decision to leave academia, hit its peak around 2013, I was just finishing my own PhD coursework. It seemed that every day, as I revised my dissertation proposal and worked on recruiting potential field sites, there was another column about the scarcity of tenure-track jobs, the plight of adjunct faculty, the ostracism faced by people who went alt-ac—the chance that the light at the end of the tunnel just might be an oncoming train.

When I read these pieces, I felt validated.

I had entered a PhD program in linguistics as a career changer, hoping to explore questions raised during my years as a language teacher and assessment developer. I never aspired to be a professor, but to conduct research that would feel relevant and useful to teachers in the classroom; I used to say, “I have questions that I want to work on, and I don’t care who signs my paycheck.” At a certain point, I realized that if the tenure track wasn’t my Plan A, I certainly wasn’t going to end up there as Plan B, and I focused my job search on nonprofit and government jobs. And I became a vocal advocate for career diversity within my department and social networks, reminding anyone who would listen that they shouldn’t assume every PhD candidate was an aspiring professor. I became the smug cousin to the doomed mouse in the Kafka fable that Rebecca Schuman retold for PhDs, asking my colleagues, why not just turn and walk the other way?

By engaging with these issues, though, I became more and more concerned about issues that were specific to the university. I started getting more engaged with my professional association to create better programming for grad students. I was even writing a dissertation where one of my field sites was a university classroom! I may have decided not to be a professor, but I still cared about higher education.

As it turned out, I found a job that allowed me to stay engaged with these topics: I’m director of education and professional practice at the American Anthropological Association where, among other things, I manage the association’s academic relations function. I present at scholarly meetings, write for academic publications, and I’ve even taught at a local university. The stark choice that was implicit in the quit-lit program—stay in academia for adjunct pay and the slim hope of a tenure line, or leave the profession altogether—turns out to have been a false dilemma. At the same time, I now have a better sense of the systemic pressures that keep so many PhDs in contingent academic positions, and having once considered that route myself, I can use my platform to contribute to their advocacy efforts.

Not only have I found a place for myself in this gray area between academia and professional practice, but in the course of my work with anthropologists, I have come to know a number of university-based colleagues who work in the same liminal space. Some work on environmental or urban youth programming, and bring their students along. Others write reports on Ebola or climate change, not just for publication in journals, but to support evidence-based policymaking. Still others apply their ethnographic insight to improve the functioning of their business—which happens to be a university. Sometimes these people are librarians or instructional designers or program directors, but more often, they’re professors.

I’ve also learned about academic departments that have found ways to value their faculty’s work outside the university, either as engaged scholars or from previous careers in practice settings. Some tenure and promotion guidelines allow a broad selection of work products such as technical reports, consulting work, service on community- or government-based committees, appointment to government agencies, public lectures, and testimony before federal or state legislatures. Traditional academic work still maintains its prestige; public engagement is typically considered service rather than research, and technical reports may need to be accompanied by peer-reviewed publications. Nevertheless, there seems to be a growing acceptance within academia of the diverse work products beyond scholarly teaching and publishing that may be produced in the course of a productive career.

There is a lot of talk about how to raise awareness among PhD students of the diverse career opportunities they have, and this is an important conversation, but the fact is that there’s a lot to like about research and teaching, and once they’ve gone so far as to write a dissertation, many people are understandably reluctant to give that up. My point is that you don’t have to. For all that we talk about a split between theorist academicians and professional practitioners, that view couldn’t be more oversimplified. Academics solve problems, practitioners build theory, and there’s a whole range of professional life histories that aren’t easily categorized as the one or the other.

CC by 4.0 by Stefano Ricci Cortili via Wikimedia Commons.

Daniel Ginsberg is director of education and professional practice at the American Anthropological Association and anthropologist-in-residence at American University. His research investigates anthropologists’ careers in academic, business, government, and nonprofit settings, as well as anthropology education at graduate, undergraduate, and pre-university levels, and supports the Association's professional development and public outreach programming. He is the author most recently of “Anthropology Between Academia and Practice,” which appeared in the Oxford Research Encyclopedia of Anthropology. Trained in sociocultural linguistics and education, he has also written about classroom discourse, educational linguistics, and critical pedagogy. He tweets at @NemaVeze.

Richard Foley answers questions on the culture of research in academia