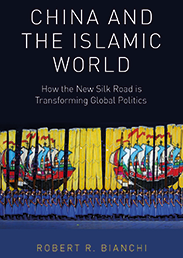 China and the Islamic World: How the New Silk Road is Transforming Global Politics

China’s rulers launched the New Silk Road venture—a trillion-dollar development campaign that is often compared to the Marshall Plan—to promote connectivity across what they believed to be poorly integrated regions of Eurasia and Africa. Much to their surprise, however, they discovered that many of these societies were already wired to the hilt—not by the infrastructure of transport and communications, but by heightened political awareness, nationalist ambitions, and well-organized social groups pressing urgent demands for greater democracy and equality. Chinese leaders quickly realized they were enmeshing themselves in dozens of volatile societies such as Iran, Indonesia, Turkey, Pakistan, Nigeria, and Egypt they did not understand and could not control. To their credit, the Chinese learned to adapt to these conditions by reaching beyond the narrow government and business elites who negotiated—often in secret—the initial terms of the costly and controversial projects. Gradually, they started responding to grievances from a wide array of interest groups, opposition parties, and media critics, hoping to secure wider popular support for Beijing’s new prominence on the world stage.

Unfortunately, as Chinese rulers became more flexible in courting the approval of ordinary citizens in strategic countries, they became more repressive toward their own people. Inevitably, nationalist-minded Chinese wondered why they could not expect the kind of respect and consideration their government extended to foreigners clamoring for better working conditions, cleaner environments, and freer forums of discussion. In this way, the New Silk Road serves as a two-way street—carrying China’s influence far beyond its borders, but sending global unrest back home where it enflames longstanding grievances from Hong Kong to Xinjiang and everywhere in between.

China’s many travails along the New Silk Road underscore its inability to establish anything approaching dominance of the international system. In addition, they signal the growing importance of efforts to create a global civil society based on popular demands on every continent for greater democracy and equality.

America’s loss of prestige and influence has been profound, swift, and perhaps irreversible. But China’s limits are even more severe. Its search for global respect is hampered by lingering ethnocentrism and by ham-fisted leaders who fear their most talented citizenry, including members of the ruling party. As a result, neither the United States nor China can live up to the superpower status it craves. The two countries are stymied not only by one another, but by their inherent social divisions and by the multiple critics and opponents they create around the world.

Against this backdrop, the future of international politics is not a duel of would-be hegemons—one in decline and the other in ascent—but a widening circle of semi-great powers that are mistrustful, querulous, and unable to form stable coalitions producing either domination or cooperation. The global order seems headed for neither collapse or breakthrough toward a new alternative. Instead, we face an extended period of drift—wavering over urgently needed measures to fight climate change and teetering on the edge of financial crises that become more ruinous each decade.

Just as the prospects for global governance are waning, we see citizens mobilizing in one country after another—in Algeria, Lebanon, Sudan, Chile, and Venezuela as well as France, Italy, and the United States—demanding the overhaul of regimes they regard as corrupt and illegitimate and of societies they view as oligarchic and unjust. This coincidence is not an accident. Convinced that state and corporate elites are enmeshed in transnational self-dealing that is insulated from public opinion, people are taking matters into their own hands through direct action in the streets, the internet, and the citadels of power and wealth.

The mounting failures of self-serving elites are spawning the rebirth of collective action among common citizens who are demanding control of their own destinies. These movements of mass dissent amount to far more than protests against globalization. Indeed, they increasingly challenge the racist and right-wing politicians who have claimed leadership of populist and nationalist waves of anti-globalism. The current thrust of transnational dissent is in precisely the opposite direction—it is emphatically democratic, green, egalitarian, and tolerant. These cosmopolitan and humanitarian globalists are rejecting the state and corporate elites who cling to power as well as the chauvinist counter-elites clamoring to replace them.

But the pioneers of global civil society are caught in a dilemma of their own making. The more they succeed in marshalling support and resources, the more they stumble into irresolvable conflicts over democratic values and power-sharing formulas. Decades of undemocratic practice in liberal countries have discredited elected governments to the point where representation of any sort seems suspect and all hierarchy appears inherently unjust and indefensible. Many are demanding direct action and continuous citizen participation instead of relying on career politicians and bureaucrats. For them, democracy cannot exist nationally or globally unless it rests upon a solid network of self-governing workplaces, schools, and neighborhoods. In addition, there is growing skepticism that democracy can be reconciled with capitalism. In this view, if social and economic relations are permanently unequal, then political power will reflect and reinforce that reality no matter what the formal legal arrangements proclaim.

Organizing global dissent forces would-be leaders to grapple with the need for representation and hierarchy as well as the need to restrain and justify them. The most acrimonious debates among transnational social movements revolve around sharing power and resources across different constituencies. There are constant tensions between the rival claims of whites and non-whites, women and men, Westerners and non-Westerners, the neo-colonial North and the post-colonial South. In all quarters, there is constant debate over the wisdom of accepting support from governments, businesses, and international organizations that might try to coopt the movements and dilute their demands.

The pitfalls of mobilizing global dissent dovetail with efforts to reinvent democracy in capitalist societies. In both cases, reformers know they have to accept representation and hierarchy even as they champion direct action and equality. They can never escape the obvious contradiction. At best, they can defend imperfect arrangements as practical and realistic under the circumstances. But their defenses can only be credible if they include explicit efforts to minimize the distance between leaders and supporters and between the most and least privileged. This means subjecting democratic practices to regular scrutiny, criticism, and renegotiation. Legitimacy will be hard to establish and harder to preserve. Because formal rights of citizenship have so frequently been cancelled by private money and entrenched incumbency, public opinion will be skeptical of any one aspiring to lead a political party or social movement.

With the rise of global civil society, the world is increasingly divided between those who are determined to defend human rights and those who are willing to violate them. That conflict will deepen substantially when the current flow of refugees fleeing war and persecution are joined by new waves escaping environmental disasters.

Robert R. Bianchi is a political scientist and international lawyer who has lived and worked in China and the Islamic world for nearly two decades. His most recent book is China and the Islamic World: How the New Silk Road is Transforming Global Politics, New York: Oxford University Press, 2019.

The history of Canada Day