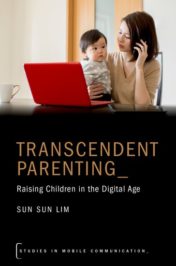 In another side of the country so glamorously showcased in the hit move Crazy Rich Asians, families in Singapore spent a staggering $1.4 billion last year on academic enrichment for their children.

Behind this eye popping figure lies a thriving shadow education industry that provides a mind-boggling diversity of services, from brain stimulation classes for pre-schoolers to language immersion holiday camps and robotics workshops, not to mention grade-oriented academic tuition. It is no wonder that there is such fervour for education given that Singapore prides itself as a country that has excelled academically. In the global index by the Programme for International Student Assessment (PISA) based on international tests taken by 15-year-olds in math, reading, and science, Singapore has been placed at or among the very top in reading, math, and science. Its universities are also ranked among the world’s best for research and teaching.

But these metrics of success also belie the tremendous effort and toil that parents put into their children’s academic achievement. Parents engage in continual communication with schools, private tutors, and domestic help to supervise their children’s schedules, schoolwork, and enrichment activities closely. Leading up to major examinations, mothers are also known to quit their jobs or shorten their working hours to provide their children with personal guidance and emotional support. Similarly, mothers have been observed to manage the household tightly, pouring their energies into higher order responsibilities such as overseeing their children’s academic work, while delegating rudimentary caregiving and housekeeping duties to hired help.

The shadow education industry and its services further exacerbate the parenting burden.  Academic cram schools in particular are geared towards shaping high performers and involve additional hours of classroom instruction and homework, thereby inflating the amount of time children spend on academic work. Quite apart from the high costs of such classes, they impose additional stress on children and a growing parental burden to fund and coordinate their children’s increasingly intense academic schedules. Many parents personally take their children to and from private tuition and enrichment classes, and even attend relevant parenting workshops and talks to better inform themselves.

Singapore is by no means the only country to demonstrate this intense interest in educational advancement. The zeal for academic achievement and the demand for shadow education is endemic across the Asian middle class. After all, in Asia, education is highly valued and is almost universally regarded as the guaranteed path to upward social mobility.

This belief in the importance of after-school academic reinforcement is increasingly accompanied by an interest in developing children’s excellence in extra-curricular areas such as sport and the arts. “Enrichment classes” in swimming, taekwondo, soccer, ballet, piano, violin, and visual arts are widely offered and in great demand throughout cities in Asia. Parents believe that exposure to such activities can aid in their children’s personal development, while also lending them an edge when applying for places in sought-after schools. Ultimately, such parental investment raises the competition among parents (and therefore children) to outdo one another in the race for outstanding academic and extra-curricular performance.

Essentially all these efforts to achieve academic excellence translate into highly scheduled lives for parents and children, as well as loftier expectations for children to perform well in multiple realms. In sum, the burden on parents to plan and micro-coordinate their lives around their children’s busy schedules and diverse obligations is hefty.

Fundamentally, it’s important to pay greater attention to how societal norms around academic aspirations are influencing parenting practices and the well-being of families, parents, and children. We also need to make a more a more concerted effort to understand the roots of academic pressure and manage shifts in the academic landscape to prevent education from straying from its core goal of bettering our next generation.

Sun Sun Lim is Head of Humanities, Arts and Social Sciences at the Singapore University of Technology and Design. A professor of communication and technology, she has studied the relationship between technology and society for over 15 years.