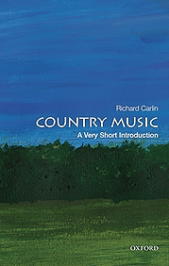 Developed from European and African-American roots, country music has shaped American culture while it has been shaped itself by key events that have transformed it, leading to new musical styles performed by innovative artists.

In late July of 1927, New York producer Ralph Peer arrived in a Bristol, Tennessee, to find new country artists to record. Among the many acts he discovered were a young ex-railroad brakeman and guitarist named Jimmie Rodgers, and a rural tree salesman named A.P. Carter, who travelled with his wife Sara and sister-in-law Maybelle from rural Virginia for the opportunity to record. The presence in one place of these two seminal acts—representing two important country styles—has been called country music’s “big bang.” Rodgers’ blues-influenced singing embodied one strand of the country sound, drawing on traditional African-American music; while the Carters represented the other, the older Anglo-American traditions.

In the 1930s, country musicians incorporated pop instruments like the accordion, the electric steel guitar, and even bass and drums into their performances. The new style wed elements of pop, jazz, and old-time fiddle music and became known as Western Swing. Vocalist/fiddler Bob Wills was the best known of the Western Swing bandleaders. Wills’s band had two distinctive elements: the newly introduced electric steel guitar and Tommy Duncan’s smooth singing. By the end of the decade, the group had grown to include a large brass section, rivaling the popular big bands of the day in size and sound.

After World War II, honky tonks were gathering places where men could come after work to enjoy a few beers and listen to music. Performers adopted electrified instruments to be heard over the considerable din. Songs about drifting husbands, enticed into sin by the “loose women” who gathered in bars, and the subsequent lyin’, cheatin’, and heartbreak created by their “foolin’ around,” became standard honky-tonk fare. While many honky tonk performers were men, there were also female singers who rose to the challenge. Kitty Wells’s “It Wasn’t God that Made Honky Tonk Angels” asserted that men had to share the blame for the fallen women who frequented these rough-and-tumble backwoods bars. The song shot up the country charts, establishing Wells’s popularity and paving the way for other women to be country performers.

In the 1960s, as American society was undergoing great changes, country music became increasingly conservative. The women’s liberation movement was particularly disturbing to the country audience, which was dominated by white, working-class men. Recognizing that women’s role in family life was changing, producer Billy Sherrill encouraged Tammy Wynette to record “Stand by Your Man”—which like Merle Haggard’s “Okie from Muskogee” reflected Nashville’s discomfort with a changing world. Wynette’s song would resonate years later when Hillary Clinton used it derisively to emphasize her independence from her husband.

Country-rock pioneer Gram Parsons was looking for someone to sing backup for him on his first solo album when he heard for the first time Emmylou Harris. However, when he first saw her in a folk club, he wasn’t sure if she could cut it as a country singer. He tested her by asking her to sing the hardest duet he could think of, George Jones and Gene Pitney’s “That’s All It Took.” “She sang it like a bird,” Parsons recalled, “and I said, ‘Well, that’s it.’” After Parsons’s death, Harris became a champion of country‑rock. Through the 1970s and 1980s, Harris employed many musicians who would later become well‑known on their own, including Rodney Crowell, Ricky Skaggs, and Vince Gill. Despite some occasional returns to a more rock-oriented style, Harris has continued to be an icon in country circles, inspiring countless other female performers.

After struggling for a decade to establish himself in Nashville as a performer, successful songwriter Willie Nelson returned to his native Texas where he knew he could make a living performing at the state’s honky tonks and fairs. To thank his fans, he threw the first of what became legendary picnics on the 4th of July weekend on a ranch in rural Dripping Springs, Texas. Besides Nelson, the lineup featured many other stars of the so-called out-law country movement, songwriter/performers who brought a new sensibility to country music. The picnics themselves attracted a huge audience that combined Texas rednecks with young hippies, showing how country music could cross cultural lines. Although ultimately these huge gatherings became too unwieldly to continue, Nelson went on to become a huge star both on the country charts and in major Hollywood films.

A new era for country-pop crossover—and for women—was launched by Shania Twain in the later 1990s. Born in the small town of Timmins, Ontario, Twain began singing at the age of three, performing on Canadian television from her early teens. By her late teens, she was performing in a Vegas-style revue. However, after her parents were killed in a car accident, Twain decided to move to Nashville in search of a career. She was quickly signed to record, hitting it big with songs marked by a spunky forthrightness that appealed strongly to women, while their non-threatening messages made them attractive to men. She had her greatest success with her next album, Come On Over. Although a country album in name, it was really mainstream pop in the style of singers like Gloria Estefan or Celine Dion. The album sold over 18 million copies, becoming by Billboard’s estimation the best-selling recording by a female artist of all time, in any genre.

Truly the voice of the people, country music expresses both deep patriotism as well as a healthy skepticism toward the powers that dominate American society and has long been a marker of American identity.

Richard Carlin is the Grammy Award-winning author of numerous books on popular music, including The Big Book of Country (1995) and Worlds of Sound: The Story of Smithsonian Folkways (2008). He is also an executive editor of art, art history, and music at Oxford University Press.

10 little-known facts about Sissle and Blake’s Shuffle Along