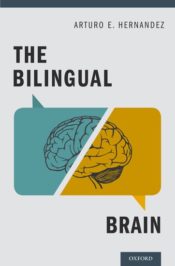 Editor’s Note: An updated version of this article addresses the error where the author incorrectly states that the plural neuter term in Latin is “Latinae.” Please read the updated article here. We regret the error.

In recent years, the term Latinx has become popular in academic settings in English to designate a group of people without reference to gender, which is designated by -o and -a endings in some Romance languages. While academics and Twitter users have begun to use the term, only 2% of the U.S. population actually identifies with this word.  Latinx has become so widely used that Elizabeth Warren has taken to using it on the campaign trail.  This has led to a reflection on its political implications in a recent Ross Douthat piece in the New York Times.  The interesting question is why a term that is thought to help unify a large group of people would fail to gain wider traction.

Since Spanish is my mother tongue, I can understand why this term would befuddle Spanish speakers.  From a linguistic perspective, it makes no sense to create a genderless word in a gender-marked language. Yes, the -o and -a endings signal the grammatical gender, such as in the terms niño and niña. But the endings for the adult form are not always straightforward, such as in el hombre and la mujer. In fact, all nouns carry grammatical gender and some of these end in -o/a (i.e. la tierra) and others do not (i.e. el arbol). Finally, even within categories that have similar meanings there can be variation. In Spanish, it’s el puma and la pantera. But in Italian, one would say la tigre. Confused yet? Grammatical gender is confusing, especially with regard to animals.

With all this confusion, Spanish speakers lose a connection between sex and gender. No one would be insulted if they are considered part of el pueblo Latino or la gente Latina. Just because someone says I am part of la gente Latina doesn’t make me feel that they are referring only to women. For a speaker of this class of Romance languages, the notion that gender and sex are the same thing makes little sense. Yes, gender originates in sex but it is not the same thing when it comes to non-sexed nouns.

The problem arises when we use a gender-marked Romance language term in English contexts. For example, one day I ran across a cover for Newsweek that characterizes Selena as “Tejano’s Queen.” I was confused by this. Did they mean Tejano’s (i.e. people from Texas) music?  The word music was never used so I kept on reading.  I found that the special issue was “proud to present Selena, a 100-page tribute to the most beloved Tejano singer of all time.” Oh, so she was a Tejano singer and the reference was to music.  But, in fact, she would be una cantante de musicaTejana or una cantante Tejana. Either way, the gender would be feminine not masculine. Tejana and Tejano had been masculinized to the latter. This is not unusual for Anglophones. You might remember the once Terminator, and now ex-Governator, Arnold Schwarzenegger stating “No problemo.” The problem (no pun intended) is that it should be No hay problema. Again, an Anglophone (probably the scriptwriters) masculinizes a Spanish noun. Spanish has two genders but for some reason Anglophones think there is only one. Thus, what grammatical gender is and is not becomes entirely lost when moving to a language where gender and sex are the same thing.

But let’s leave my linguistic perch for a second and think about the implications of the term X is. The term X is sought as one that would be all inclusive. The term reminds me of algebra where X represents a variable that has no defined meaning.  As such it is perfectly suited for equations where a term is unknown.  In this case, it can take on any value and in human terms would represent a more inclusive term.

The problem with creating a new genderless word, is that it already exists in gender-marked languages that have a true neuter. There are two languages that come to mind when thinking about the lexical origins of English. One is German and the other is Latin. Of these two languages, Latin has the perfect solution. Not only does it contain a neuter but it also has a plural neuter, Latinae. Rather than using a synthetically and anglophonically derived ending such as X, we could opt for a more organic one that has its roots in the language that has influenced speakers across the planet. In that sense, Latinae is all-inclusive and derives from a language that sought to create a genderless ending system. Latin is the natural language of science and the one used to represent complex concepts in English. Latinae gets rid of a sex and gender bias, it is inclusive, and was actually used for that reason. Let’s go with a genderless solution from a gender-marked language.

If you miss the X, you could tune in for reruns of The X-Files. Here, you would be presented with the motto “The truth is out there,” which also applies to our search for a genderless all-inclusive term Latinae to replace Latino/a/x.Verum illic, the truth is out there.

Editor’s Note: An updated version of this article addresses the error where the author incorrectly states that the plural neuter term in Latin is “Latinae.” Please read the updated article here. We regret the error.

The truth about ‘Latinx’ [a revision]

Where did the phrase “yeah no” come from?