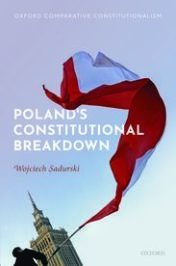 Poland had been one of the most successful of the European states that embarked upon a democratic transformation after the fall of Communism. After joining the European Union, Poland has been held up as a model of a successful European democracy, with a reasonably consolidated rule-of-law based state and well-protected individual rights. And yet, this all radically changed in 2015 when a populist party PiS (Polish acronym for Law and Justice) won both the presidential and parliamentary elections. After its double victory the party began to dismantle all major checks and balances characteristic of the separation of powers in a democratic state. Poland’s Constitutional Tribunal, its regular courts including the Supreme Court, its National Council of the Judiciary, as well as its electoral commissions, civil service and public media have all been subordinated to the executive – single-handedly controlled by the party’s leader. In the process, political rights such as the freedom of assembly have been restricted, and the party has captured the entire state apparatus. The speed and depth of anti-democratic changes took many observers by surprise.

Poland’s anti-constitutional breakdown triggers three major questions: what exactly has happened, why it has happened, and what are the prospects of a return to liberal democracy? These answers are formulated against the backdrop of current worldwide trends towards populism, authoritarianism, and what is sometimes called “illiberal democracy”. The Polish variant of “illiberal democracy” is an oxymoron. By undermining the separation of powers, the ruling party concentrates all power in one hand, thus rendering any democratic accountability illusory.

Poland’s anti-constitutional, populist backsliding uncovers a broader issue with manifestations in the United States and the Philippines, Italy and Hungary, Turkey and Russia. Each of those countries is different from others but all have some common features: populism everywhere is, in its aspirations if not in practice, anti-pluralist, anti-deliberative, and exclusionary.

The question about whether the European Union (and, to some extent, the Council of Europe) can and ought act in response to non-democratic changes in a member state such as Poland is a deeply contested issue  For my part, I do not have any problem in giving an emphatic “yes” answer. The EU must (both for practical and principled reasons) intervene more decisively in the case of Poland’s systemic and ongoing breach of EU values proclaimed in article 2 of the Treaty on European Union. These are foundational values: the rule of law, democracy, and the protection of human rights. Both the union and all member states must observe them, and the breach by Poland especially of the rule of law cannot go unnoticed, and without a sharp legal response. The EU cannot afford having one of its member state violate with impunity its values, voluntarily endorsed by member states.

Despite the grim subject matter, there is nothing inevitable about the decline of Polish democracy. Poland has the strong societal and political resources necessary to arrest and reverse the negative trends, and then unravel all the nefarious institutional changes brought about by PiS rule, difficult though it will be. There is still a vibrant and resilient civil society, there are strong even if rather ephemeral social protest movements, there is an independent body of commercial media, both electronic and print, and there are passionate debates in social media.

In the run-up to the parliamentary elections, which will take place this October (a precise date is not yet determined) these “democratic assets” may turn decisive to help the pro-democratic forces prevent the re-election of PiS. Otherwise, the future is very grim indeed.